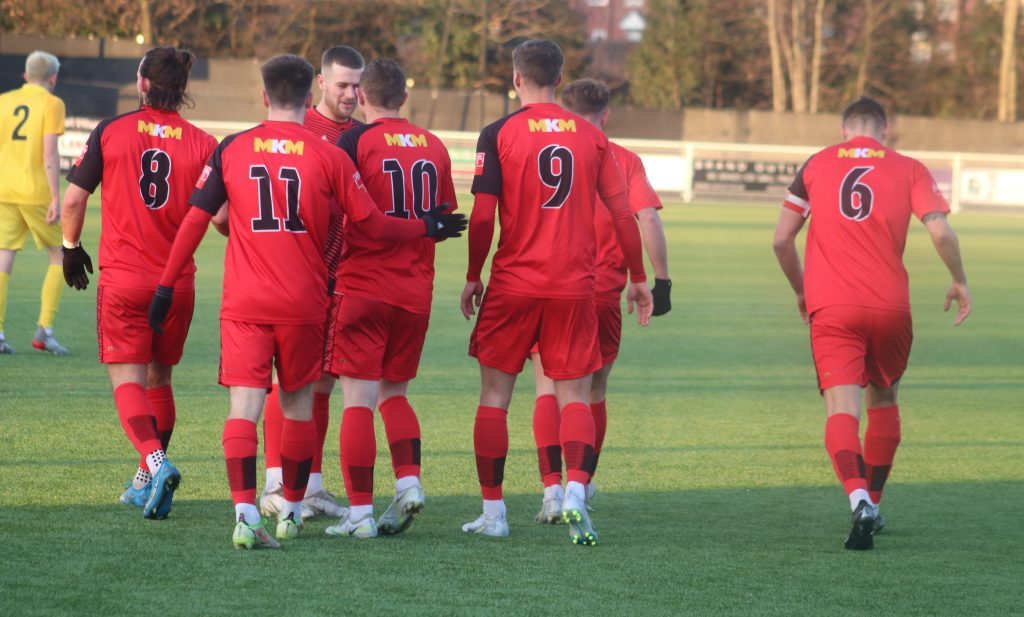 Three home points against strugglers Kings Langley has put Mickleover back into the play-off zone, but it was far from easy.

It was a good strong start to the game for Mickleover on a bright, but bitterly cold afternoon, with Dolan ending a positive first run with a shot just wide.

Sports had their first free kick after four minutes, when Dales was fouled, but the free kick came to nought.

Rose just missed connecting with a corner at the edge of the box a few minutes later, before our visitors had their first break when Cain Keller crossed from his left, but there was no one to receive.

After 14 minutes Reeves cut in from the right with a powerful run, but ran out of time and space for a final pass or shot. But two minutes later a similar attack almost found Beavon, who was just beaten to the ball by the defence as he slid in to earn a corner.

Mickleover had been in charge from the start and when Beavon collected on the left-hand edge of the box, he fired home the opening goal 1-0.

For the next 20 minutes or so the game went very flat, with neither team making any positive moves, until Greaves’ hard work all over the field saw him put a dangerous cross in from the right after 37 minutes. It was so close to connecting with  a couple of Mickleover players.

But Kings Langley started to push forward finally as half-time approached, and Jacob Gardiner-Smith put a cross in from Sports left, which Greaves header over for a corner, before Keller’s final shot headed for the Club House roof.

Beavon then found Dales on the left, but his return cross was a couple of inches too high for Beavon to collect the return., and then almost on the half time whistle Ryan Case tried a long shot for the visitors, sailing just over the bar.

As seems to be so often with visitors to Mickleover, Kings Langley came out for the second half with all guns blazing.

There had been an early long ball through to Beavon, but keeper Jack Berman just beat him to the chase. It was a quick response from Kings Langley though, when the combination of Watt and Mann dealt with a dangerous cross from Alex Lafleur.

47 minutes in and Watt had to head away another telling cross, before the pressure was relieved with a shot well wide. But the visitors were quicker and more accurate than Sports and after a couple of corners Hedge had to make a diving save to his left to keep a Keller effort out.

A clash of heads between Reeves and Kings Langley skipper Jorell Johnson then brought a hold-up in play as both received treatment, before Mickleover had only their second attack of the half after 57 minutes, with Dales breaking on the left from a Hedge clearance.

Dales final shot was straight at keeper Berman, who then found Bradley Wadkins with a rapid clearance, heading just over Hedge’s bar.

It was starting to look as if an equaliser was imminent, as Mickleover were failing to get out of their own half. Scott cleared another attack on the hour and tried to bring the ball out and then a minute later the ball hit Hedge’s right- hand post with the defence beaten.

Warren was the first sub to come on for Reeves, but it was still continuous pressure from the visitors, with Mann next to clear the lines. A number of shots were being fired in but the defence just managed to hold on, with most attempts just missing the target.

Then after 69 minutes Dolan worked himself down the left but was almost pinned in the corner. Somehow he got a cross in and Greaves fired in home for 2-0 totally against the run of play.

Debutant Trueman came on for Dolan after 72 minutes, and shortly afterwards Warren tried a cracking long shot, which was collected by Berman.

The second goal had taken the wind out of Kings Langley’s sales and Berman was in action again making a couple of saves and collecting some more telling crosses.

Hedge had a couple of interceptions to make, but it was Sports on top again, with Dales leading a break on the left after 77 minutes, cutting inside to have hit shot blocked, before Greaves had his rebound shot blocked too.

Both Wilson and Rose had fairly quiet games, but Greaves continued to be in the thick of it, with good positive and threatening runs.

Beavon had an 80th minute shot saved, after Greaves came in from the right again, before Osideko then came on for Dales.

Keller had another shot high over the bar for the visitors, but as the whistle went it was three points for Mickleover with a 2-0 win, but Kings Langley can count themselves very unlucky to go home pointless. 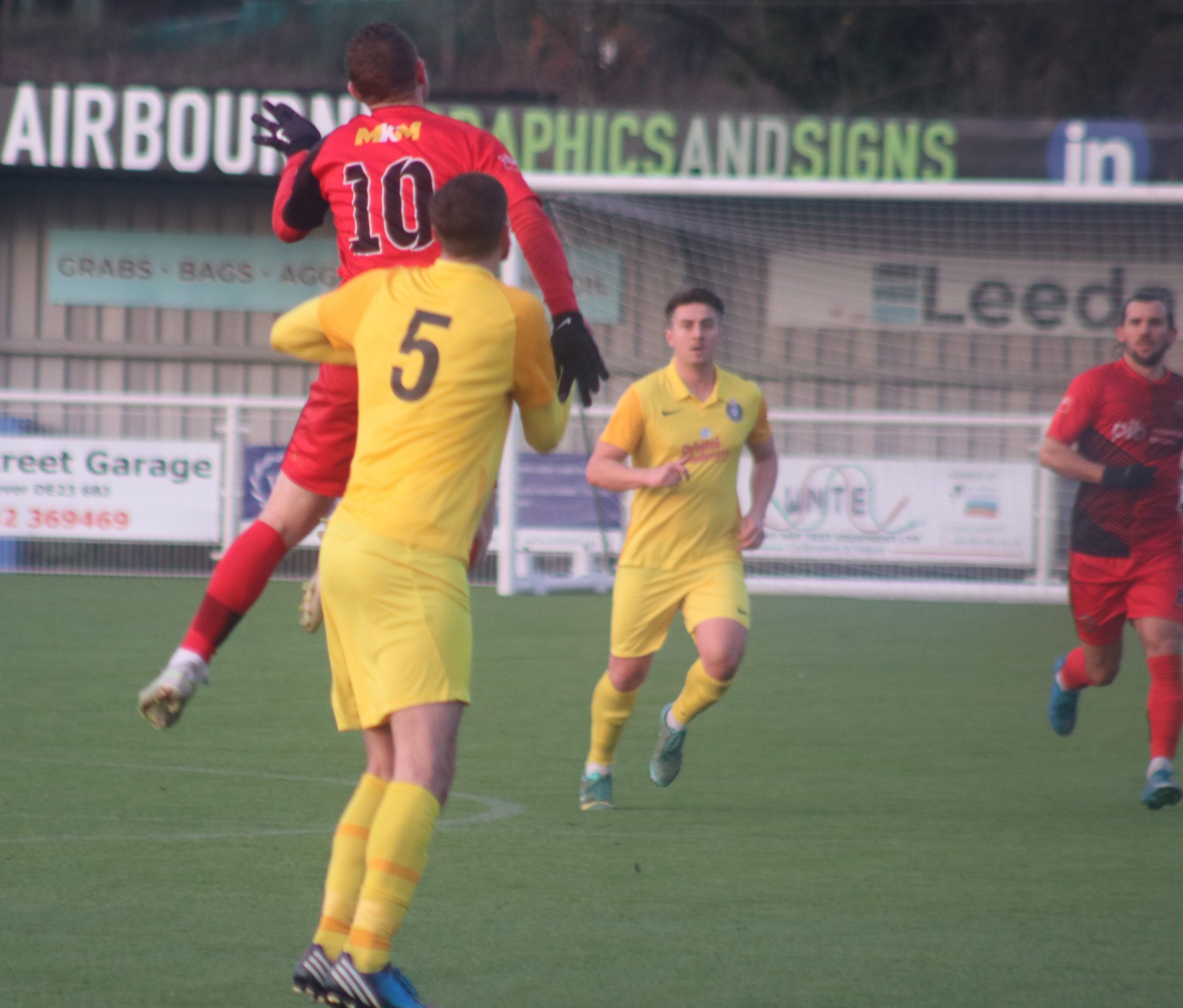 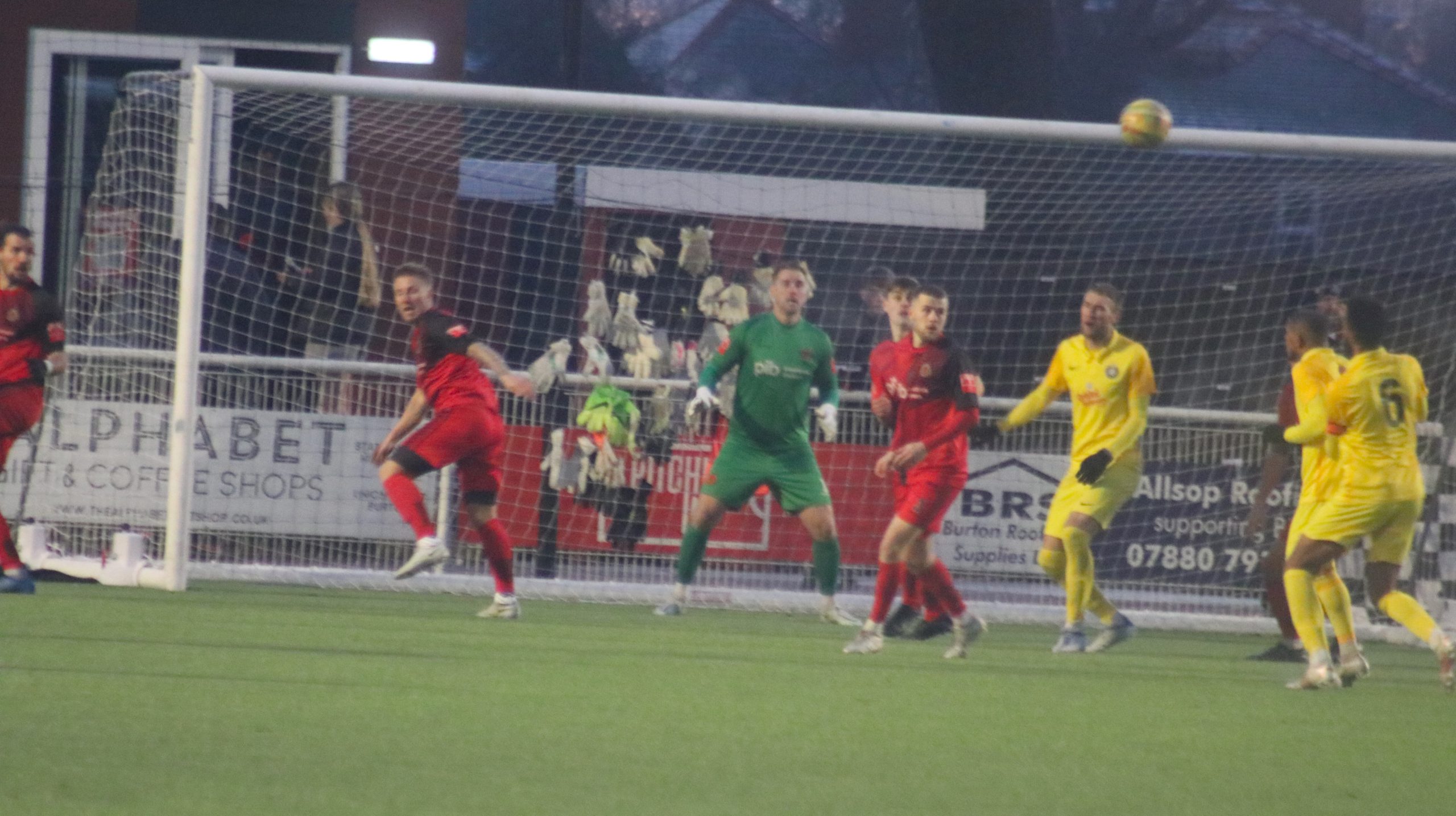 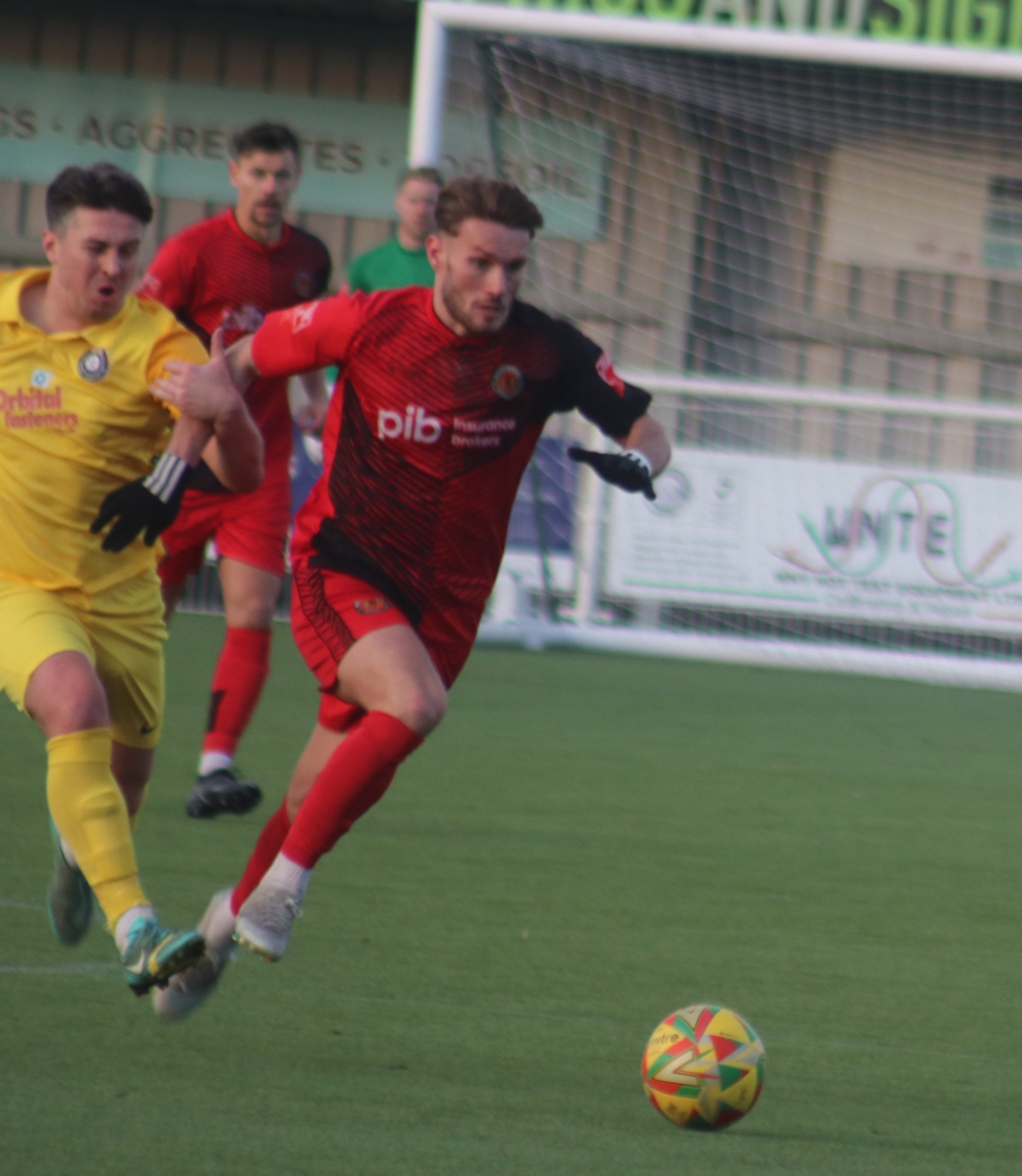 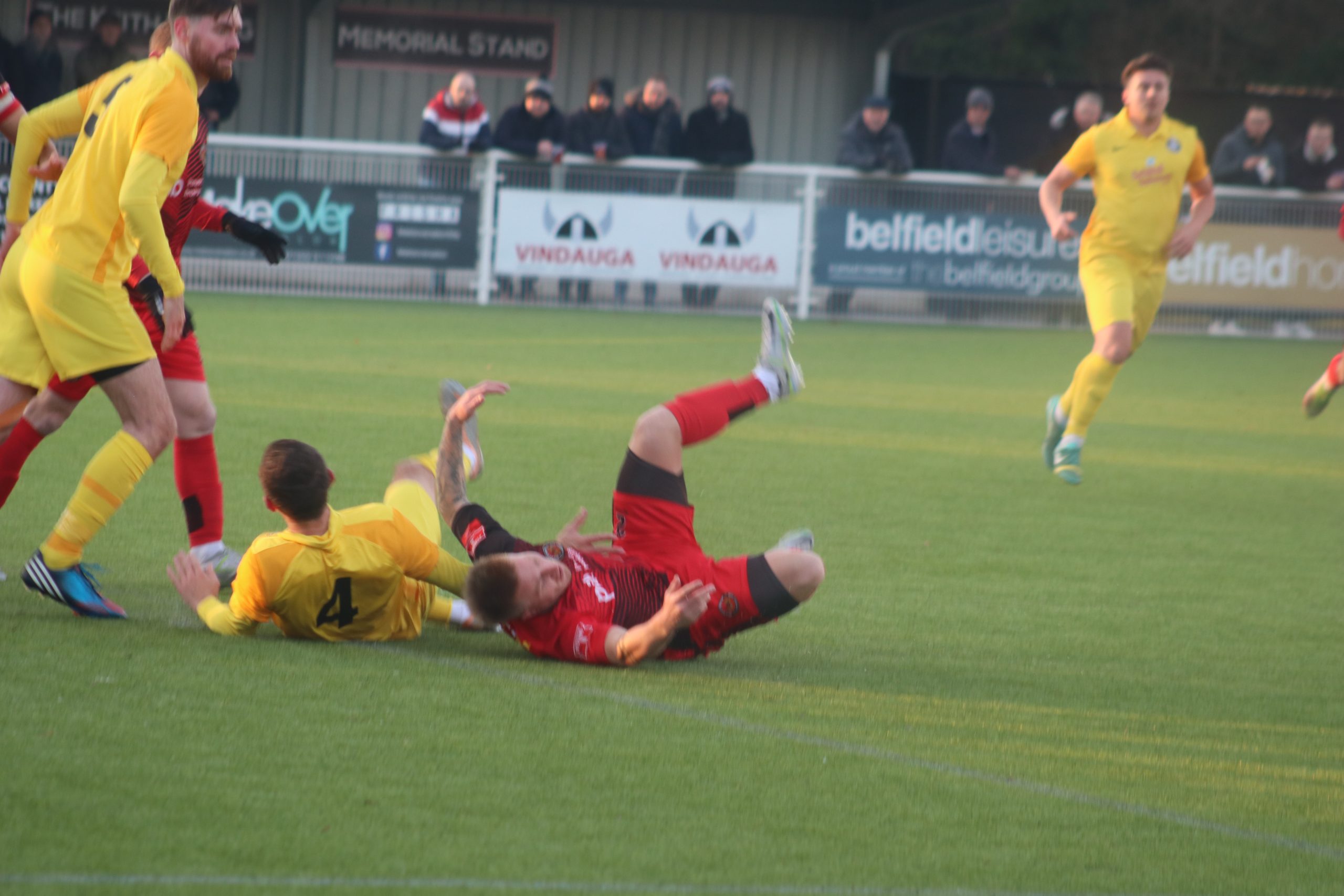