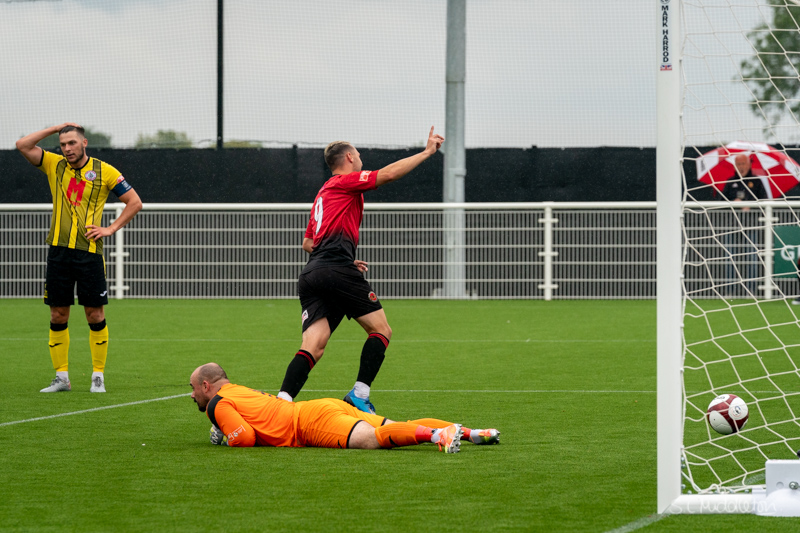 Two goals from Dec Bacon made sure Mickleover FC kept their 100% home winning record intact, with 2-1 victory over Ashton Utd.

The opening five minutes were fairly even, but only three minutes later a back header from Michael Raynes was collected by Bacon, who buried it in keeper Greg Hartley’s bottom right hand corner, 1-0.

The visitors continued to be on the back foot as Bennett began to push on the overlap, feeding the threatening Bacon and Beavon.

Dales also combined with Bennett for another attack down the right, before similar moves progressed on the left as Lewin’s growing confidence became evident.

21 mins in and Dales piled in a shot just wide, but the Sports attacking pressure continued to grow with Bateman, Gowing and Battisson feeding well from  midfield.

Only a minute later Dales tried a chip forward which went out for a goal kick, before Ashton’s Harry Spratt went in the book for a foul on Bennett.

The pressure on the visitors defence showed no sign of relenting, with Battisson finding Lewin on the left, but the ball was a fraction too long.

Bateman and Gowing were both making progress out of defence, but Gowing was then yellow carded after a foul on Liam Tomsett.

Jack Redshaw’s resulting free kick was floated into the area, before Bateman took it off Harry Coates head for the first corner of the match after 26 mins.

A heavy shower followed but it did nothing to dampen the Mickleover spirits, as Bateman once again picked out the overlapping Bennett, but the final ball was too far for Beavon. 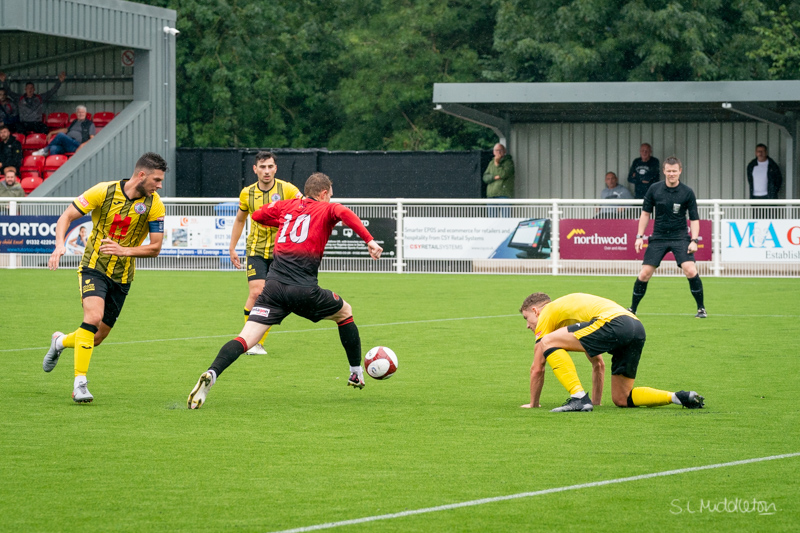 Into the final 15 mins of the first half Ashton started to try and push forward, with Hawkins having been relatively redundant so far.

Watt intercepted a brief threat from Ben Hardcastle, before a nice build up from Gowing found Bennett. Then Battisson, back to Bennett, via Bateman and Lewin, before Bacon earned a throw.

35 mins gone and Beavon was pushed to the ground by Coates. Dales took the free kick just outside the area, looking for Butler’s head, but it resulted in free kick to the visitors.

Another casual build up from Butler and Watt at the back found Dales after 42 mins. He pushed forward into the box, before Beavon’s shot was saved by Hartley, low to his left.

Mickleover finished the first half strongly though, after a good ball from Bateman earned a corner. An accurate ball in from Dales saw Beavon’s first attempt headed clear by Raynes, before Hartley saved the second attempt as it remained 1-0.

Paddy Webb came on for Beavon as they started the second half and a few minutes in Hardcastle tried his luck from well out, but was well off target. 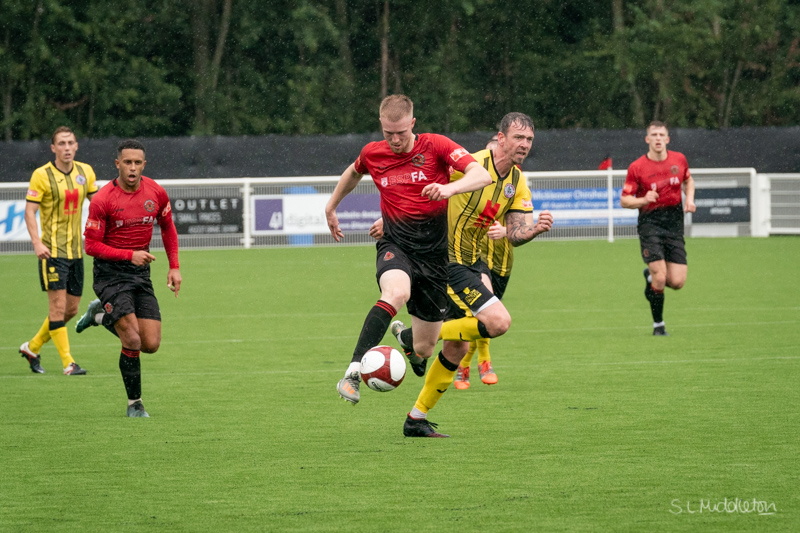 Mickleover responded in the best possible way when a Dales cross from the byline found Bacon in the middle, whose effort was planted in the bottom corner 2-0 on the 30 minute mark.

Hudson then had a shot blocked for Ashton, before his second run was intercepted.

Just after the hour Kemy Agustien came on for Gowing, but Hartley was busy again in the Ashton goal, with a diving save to keep Sports out.

New signing Dempsey Arlott-John was then brought into the action for the first time, subbing for Dales after 76 mins.

But Ashton began to push forward again, with Hardcastle putting a low drive into the side netting.

After 82 mins Redshaw had a shot deflected for a corner, but then a couple of minutes later Bacon got a break, with a good final effort just over the visitors bar.

With four mins of normal time left Ashton had a corner, Redshaw took it and Tomsett managed a volley, which was deflected past Hawkins by Tom Bentham, 2-1.

It was all or nothing for Ashton in the final minutes, pushing everything forward. Another Redshaw effort was deflected off the bar and bounced clear off the line, but the whistle went and it was three more points in the bag for Mickleover.