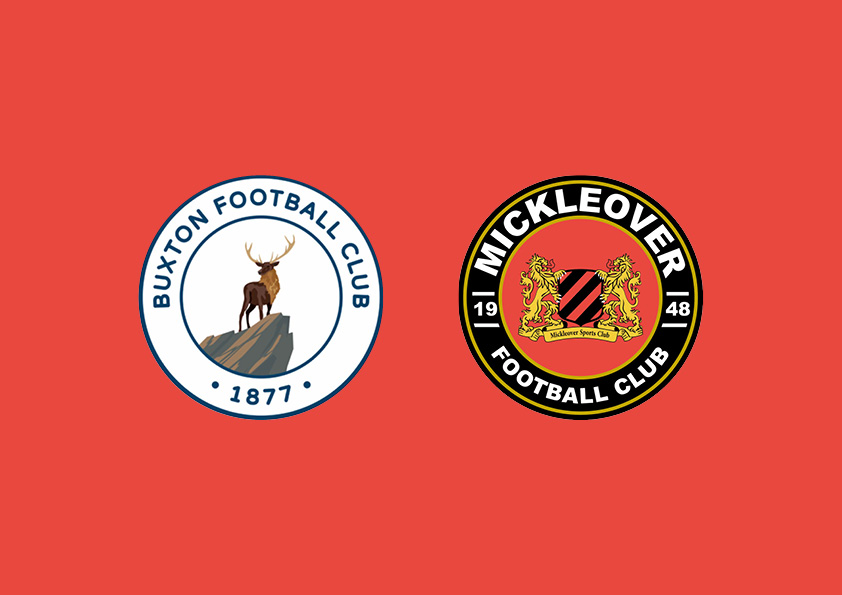 Our second NPL away match of the season sees us making a trip to second in the table Buxton tomorrow night, for a 7.45pm kick off.

Buxton have started the season with wins at home to Bamber Bridge and away to Grantham both 3-0, before visiting FC United last Saturday for a 1-1 draw.

Manager Gary Hayward and assistant Mark Ward have assembled a fairly strong squad, with goalkeeper Theo Richardson one of a number of new signings.

Richardson was part of Manchester United’s under 18 and 23’s set up until his release in 2018, moving onto Grantham, Cleethorpes and Kings Lynn before arriving at Buxton.

Defender Josh Granite is in his second season with the Bucks, after moving from Barrow, where he captained the side prior to them regaining league status. He started out at Stockport and played at Trafford and Ashton Utd too.

Ben Turner played Premiership football during his time at Cardiff City. The experienced centre back came out of Coventry’s Academy and made 84 first appearances for the Sky Blues, with loans at Peterborough and Oldham too, before his move to Cardiff.

After 121 games at Cardiff he moved on to Notts County, Mansfield and Burton Albion, arriving in Buxton this summer. He was also capped by England at under 19 level.

Defender Nathan Fox has played for number of clubs since starting out at Notts County. He made one first team appearance for the Magpies, before joining Corby Town, who also loaned him out to Kettering and Rugby, before the latter loan became permanent.

Spells at Stamford and Slough preceded a short spell at Mickleover, quickly moving on to Rushall, Rugby, Coalville, Sutton Coldfield, Redditch, Hednesford and Kings Lynn, before joining Alfreton last season, then coming to Buxton this summer.

Matt Curley signed for the Bucks in February 2020 in a ‘swap’ deal with Hednesford Town and made an immediate impact with a goal on debut against Gainsborough Trinity.

Primarily as a right-back, he is a versatile player. He’s played for Romulus and Sutton Coldfield before joining Tamworth in 2017 and then Hednesford Town, linking up with current Buxton boss Gary Hayward.

He appeared for the Leeds first team four times, before joining Rotherham, where ne never played a game, but was loaned to Viking FK in Norway.

After ACL injury he signed for Scarborough, helping them win promotion to the Northern Premier League before spending the 2018/19 season at Bradford Park Avenue. He was loaned to Grantham Town, but returned to Scarborough, before making the move to Buxton in July 2020.

A central midfielder Ben Milnes was a Leicester City Junior, before spells with Boston and Corby led him to Kettering in 2017. He came to Buxton during the summer and scored on his NPL debut against Bamber Bridge.

Warren Clarke has been at Buxton for almost two years, but the midfielder spent much of the time out injured. He joined them from Sheffield Wednesday, where he was a pro for two seasons.

He started out at Worksop Town before signing for Nuneaton Town in 2016. Then he moved with his then-manager Tommy Wright to Darlington, making over 40 appearances for ‘The Quakers’ before signing for Hednesford in the summer of 2019.

Starting his second season at Buxton, Linden Miekle is an England C International with lots of experience. He began at Eastwood Town, before moving to Mansfield and York City, where he gained league two experience.

In recent years the midfielder or striker has played for Macclesfield, Alfreton, Barrow (on loan), and Southport, before spending three years at Kettering. He was briefly at Tamworth too last year before coming to Buxton.

Defender James Hurst has been a Buxton player for two years, a former West Bromwich Albion junior who had travelled far and wide. After a move to Portsmouth he went on loan to IBV in Iceland. Then he rejoined West Brom who loaned him out to Blackpool, Shrewsbury, Chesterfield and Birmingham, before he returned to Iceland with Valur.

Crawley, Hednesford, Torquay, Guiseley, Telford, Dover, Wrexham, Nuneaton, Welling and Sutton Coldfield are listed as his former teams, before joining Buxton after another spell at Hednesford. He was also capped for England at under 16, 17, 19 and 20 levels.

Midfielder or striker Jack Dillingham has come from Sheffield Utd’s Academy having been spotted at Chesterfield Town, he also had a brief spell at the Derby County Academy.

Diego Di Girolamo was a junior at Sheffield Utd and made 10 first team appearances for the Blades, and had loan spells at York City and Northampton.

Having moved onto Bristol City, he had a further loan at Cheltenham, before moving to Macclesfield. The popular striker came to Buxton in 2018 and has already scored against Bamber Bridge, Grantham and FC United in the opening games of the season. He is capped at under 18, 19 and 20 too for Italy.

He had nine first team games at Leicester and was loaned to Wycombe, Grimsby and York, before joining York permanently. After three years he moved to Cambridge Utd, the Dagenham & Redbridge, Grimsby, Nuneaton and Kidderminster, before going to Brackley in 2020.

Ewan Catt is a young striker from the Buxton Academy, who has recently been on trial at Stoke City, whereas Jamie Ward needs no introduction.

The former Northern Irish International striker joined Buxton this summer. He started at Aston Villa, moving onto Torquay, Chesterfield and Sheffield Utd, before joining Derby County after a loan spell.

Four years at Derby preceded his moved to Nottingham Forest, then loans at Burton, Cardiff and Charlton, before joining Scunthorpe and finally Solihull Moors last season.

During his time without a club, Ward also trained with the Mickleover squad.

Defender Akeem Hinds has just joined the Buxton squad too. The former Rotherham junior had four first team games, plus loans at Frickley, Hyde and Bradford PA and was briefly at Lincoln City before joining Brackley.

Reserve keeper is Argentinian Rodrigo Accinelli another summer signing from Sam Marco in Italy.  He hasn’t played in the UK but has experience with Tortoli, Orrolese and Muravera in Italy, plus CA Temperley in Argentina.