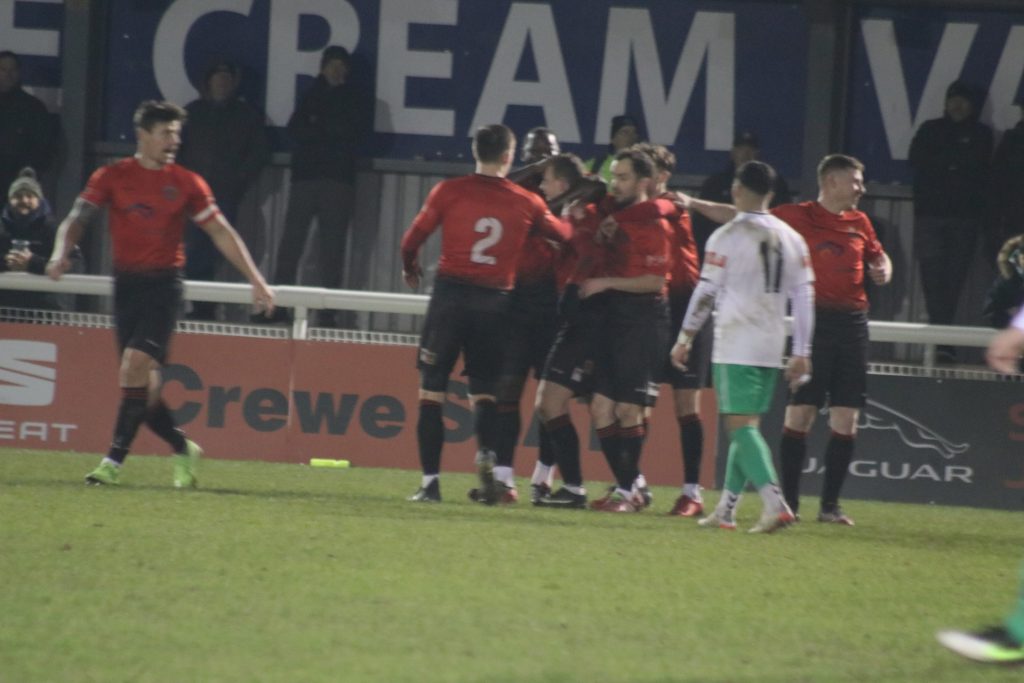 After a dour and fairly one-sided first half, Sports came out fighting and returned home with another win under their belt, thanks to a scorching goal from Stuart Beavon.

It was a bright opening five minutes for Mickleover, with McDonald straight into a challenge, which gave Beavon the ball on the edge of the box. A quick turn and a low shot was fired goal wards, but debutant loanee keeper McMillan had it covered.

Warren got a shot just wide too, before Miller burst through the defence for the hosts, shooting low to his right, forcing Hedge to palm the ball away for a corner.

Miller was soon through again, but it was charging wing back Devine who fired in the next shot, just wide of Hedge’s left hand post.

After eight minutes Miller and Devine combined again, with the latters final shot fired over the perimeter wall.

Dales managed to escape from his own half and send Bateman on a run, but his shot was blocked. But Bateman was soon on another run when he was brought down, but Warren’s free kick went straight to the keeper.

But it was the Mickleover goal coming under increasing pressure, with debutant winger Raffie giving Dolan a hard time.

Nantwich hit the post after 11 minutes, but it was proving ever more difficult for Mickleover to clear their lines. 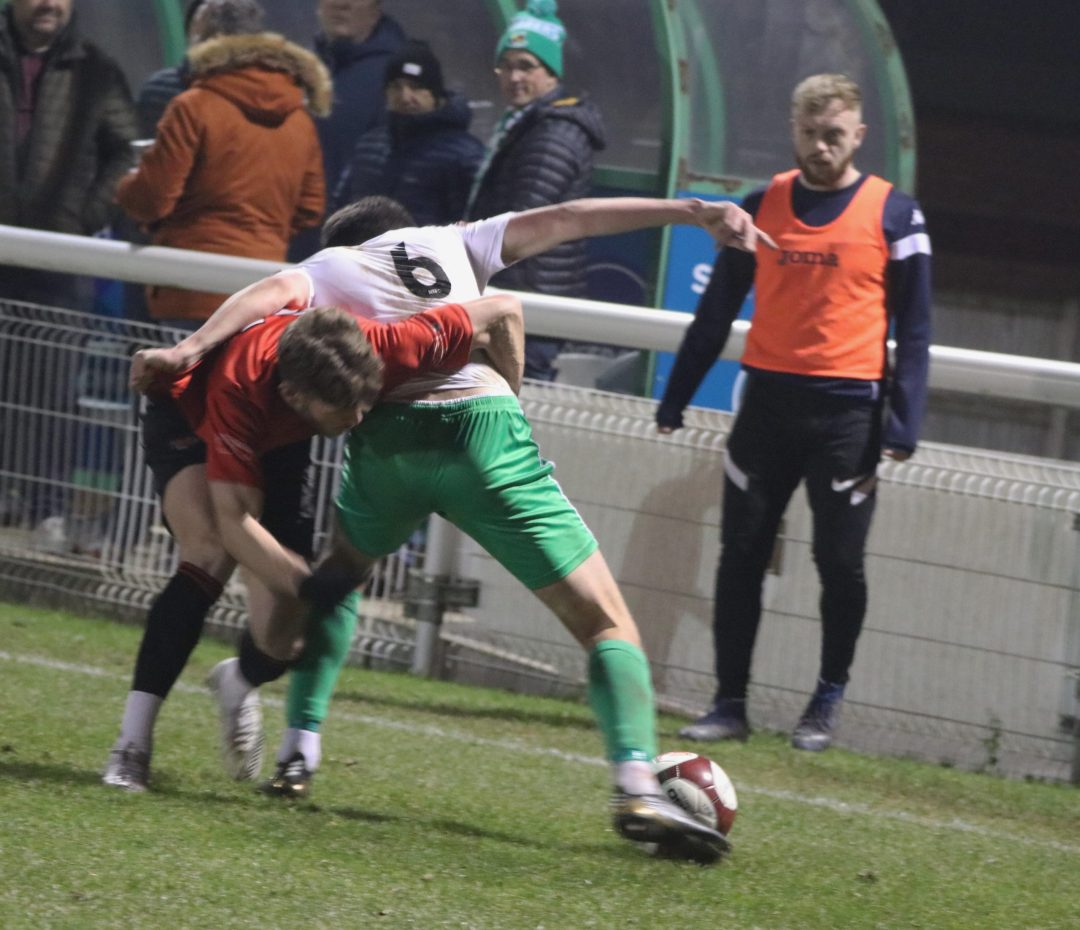 Another Warren free kick bounced off a few heads in the box, before being cleared and after 16 minutes Radcliffe had pushed forward but his cross was safely taken by keeper McMillan.

Mills and Agustien tried to play long balls out from the back and into the Nantwich half, but it kept coming back after the midfield struggled to take any control.

Nantwich went close again after 27 minutes, when after a corner was initially cleared, Bourne found Miller again whose fierce shot was well saved by Hedge.

Dales had another bursting run a minute later, but was adjudged to have fouled.

But it was still Nantwich piling on the pressure with Mitchell trying a long shot, capably held by Hedge.

As the Mickleover strikers went deeper to try and get the ball, some nice play from Beavon on the right fed Warren, but barely into his stride he was fouled.

Skipper Watt headed away a telling cross from Raffie, before a second cross beat Hedge but also the target strikers too.

Chances for Mickleover had been few, but they were close to going into the half time break a goal up. After 41 minutes Radcliffe found McDonald but the shot was saved and only a minute later the striker smashed another attempt against the bar, with McMillan finger tipping it away for a corner.

The hosts had one more chance before the half time whistle, with Malkin missing a header from a good cross.

So despite Nantwich’s overall dominance, it remained 0-0.

Mickleover made one change for the second half kick off with Milner on for Agustien.

After Dolan lost out on the wing again, Mickleover began to take the game by the scruff of the neck, with a combination of skill and more importantly determination.

48 minutes in and Bateman’s neat turn found Warren who shot just over. 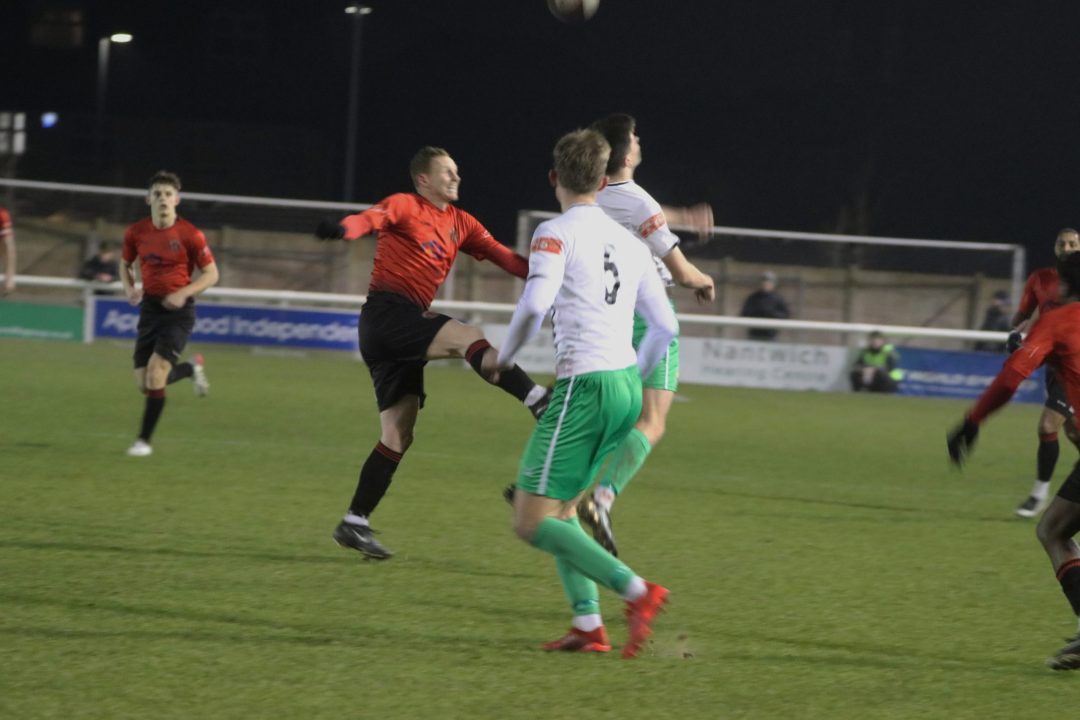 Robbins and Miller both had shots blocked before Bateman cleared the danger for Mickleover, but it was far more end to end than the first half.

Dolan and Milner both went in the refs book, but the fight was real as Mickleover started to push forward.

On the hour McDonald had his attempt blocked and only a minute later another Bateman burst found McDonald again whose shot was just wide.

Wright then came on for McDonald and in the 63rd minute the deadlock was finally broke. A midfield ball had managed to clear the defence and fall nicely for Beavon, but his final shot was perfection in power and accuracy and gave McMillan no chance as it hot the top corner, 1-0.

“I just thought it was about time,” said Beavon, his third goal of the season and his first since October.

Robbins tried a long shot for Nantwich, but was well wide of the goal. But the hosts continued to push forward with Raffie finding the side netting after beating Dolan again. 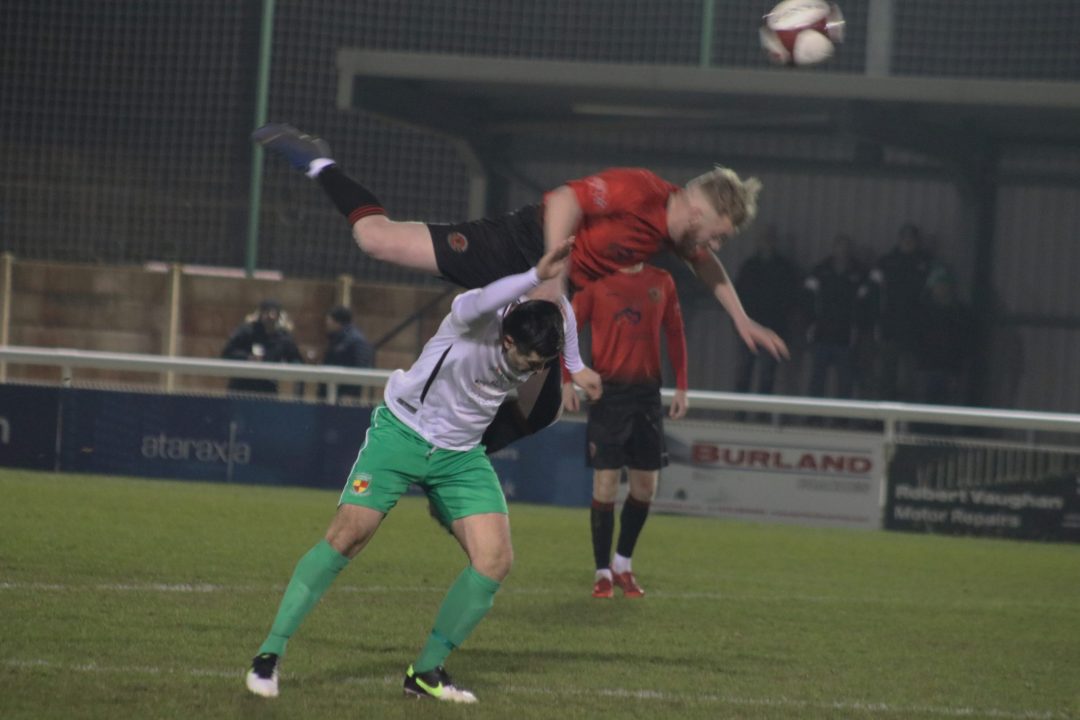 Malkin fired a chance well over the bar from a Raffie cross, while Mickleover added to their defence for closing minutes with Butler on for Warren.

Radcliffe had far more freedom in the second half and with three minutes left, his cross went across the face of the goal and out danger.

Nantwich may have felt aggrieved at not getting at least a point, but they had their chances and failed to deliver. So how would Sports skipper Phil Watt sum up the game, “Just brilliant.”

So it’s three out of three now for Mickleover, with a visit to Stalybridge Celtic next on February 5th.