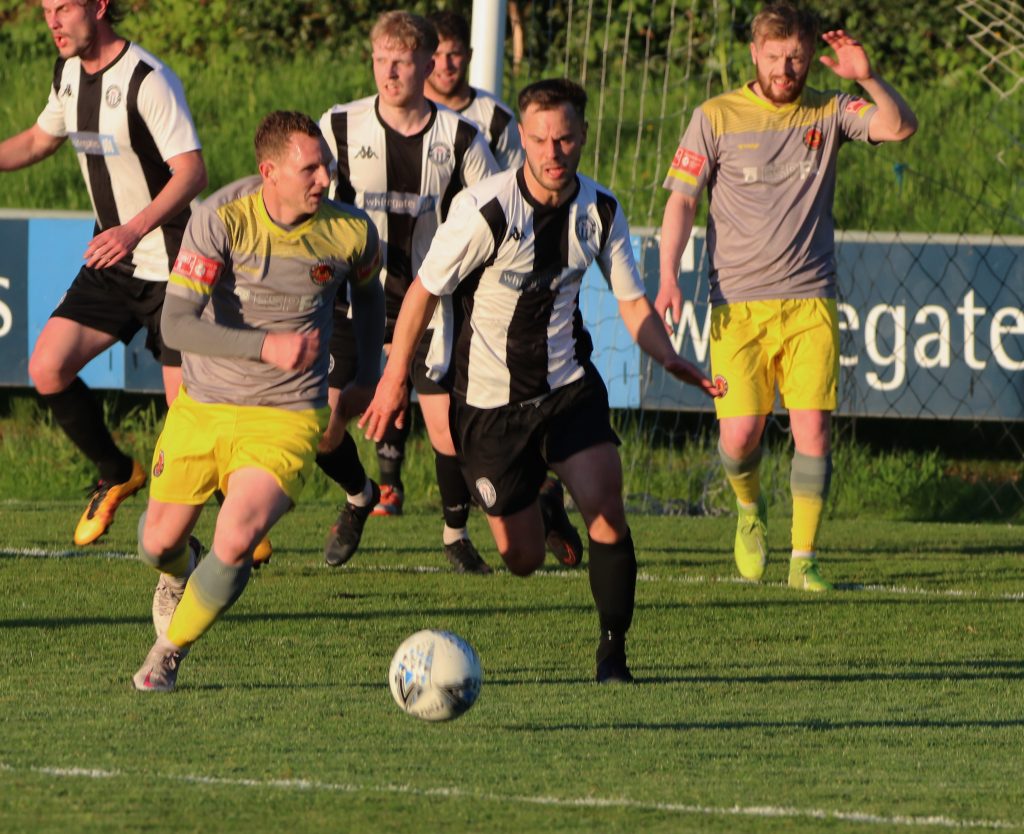 Three second half goals for Mickleover ended any hopes Heanor Town had of a comeback in the Don Amott Spring Cup semi final.

Mickleover won a corner in the first minute, which was played out to Warren whose shot was just wide.

But Heanor responded similarly a few minutes later, before there was a brief scare when Bowen came off his line and a Heanor striker tried to chip over him.

Mickleover soon started to settle into the precise interplay that took them to the top of the Northern Premier League, with King playing a through ball on the overlap to Agustien, finding Webb who just missed out with a header. 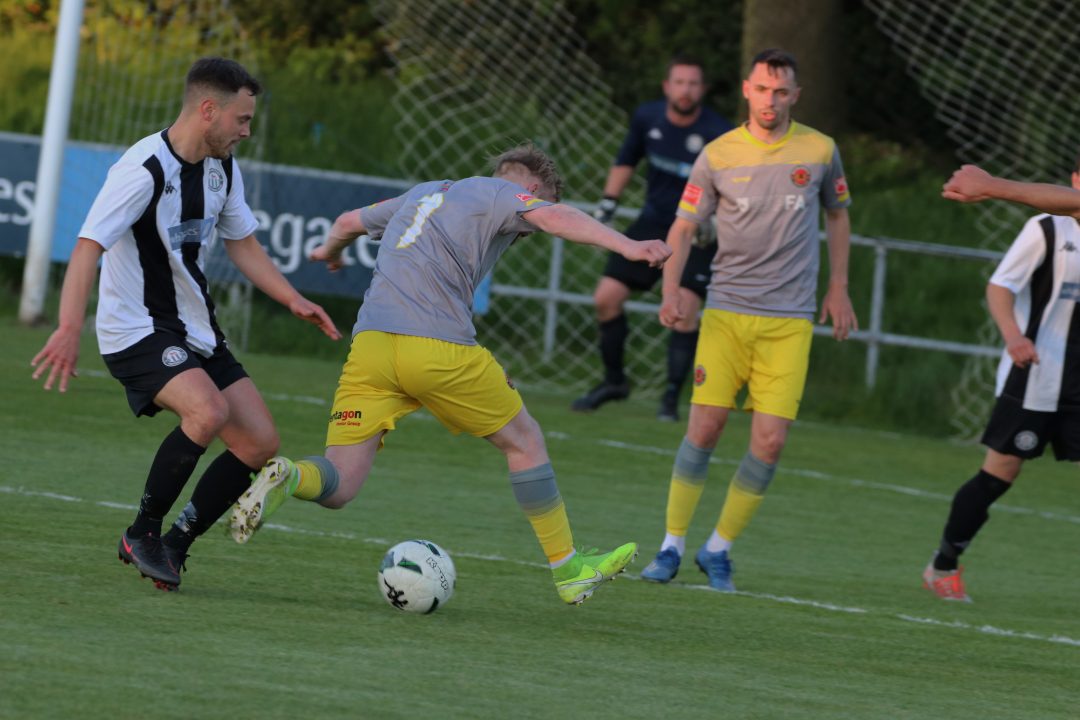 Beavon almost got Webb through too, before Adam Jablonski in the Heanor goal intercepted.

Heanor kept trying to push forward, and after one of their attacks broke down, Webb burst clear but was fouled as his progress ceased.

On the 15 minute mark Mickleover struck, when a cross from the left found Beavon’s head, beating the keeper on his left side. 1-0.

Five minutes later Heanor could have equalised, after a high bouncing ball caught Bowen out, only for the pursuing Heanor player to go down.

Possession became more and more in Mickleover’s favour, with King and Bennett both overlapping, while Agustien and Warren alternating between staying deep and joining the attack. 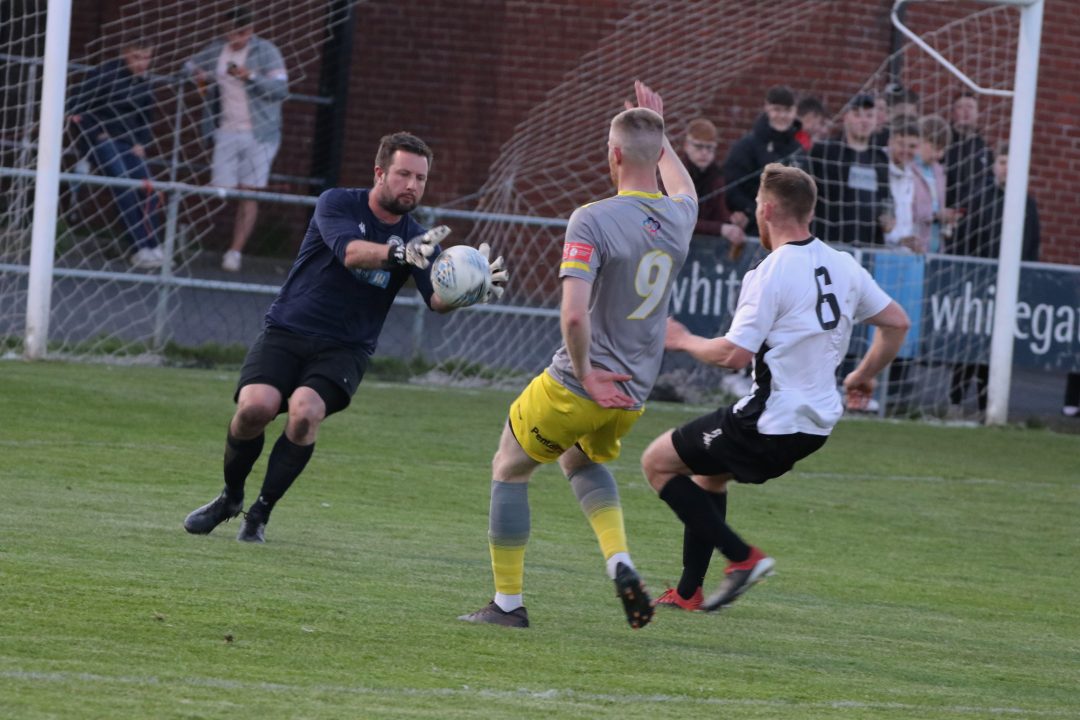 After a 21st minute cross from Milner, followed a long ball from Agustien. The keeper came out but from a scramble, Beavon had the ball with his back to goal, from where the host defence cleared.

There was another chance for Heanor after 33 minutes, when a telling cross from Joe Nice on the left found Kyle Daley, whose shot was well over the top.

Jordan Ball had another shot for Heanor, so high it went out of the ground, but Mickleover were keen for a second goal before half time.

King had a shot well saved by the keeper after 40 minutes, before Heanor’s Lewis Weaver followed up his weak initial effort, with a more precise shot, stretching Bowen to his limit with a good diving save. 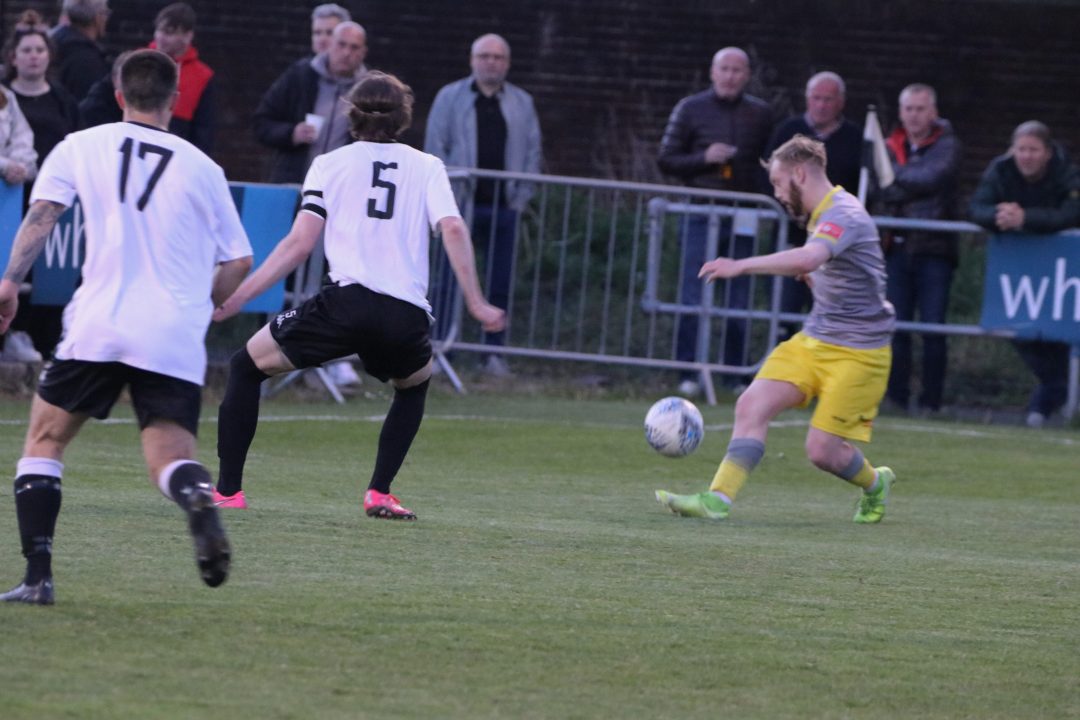 Bacon managed another shot from a Webb cross for Mickleover, saved in the final minutes of the first half, so it remained 1-0 at the break.

Heanor started the started the second strongly with Daley shooting straight at Bowen, plus two more shots well off target.

Butler also caused some concern with a short back pass, forcing Bowen to race off his line.

Beavon and Bacon both had shots saved after six minutes, before the substitution was made with Gowing on for Agustien.

After 15 minutes Bennett’s run into the area was thwarted when he was brought down, but penalty appeals were waved away. 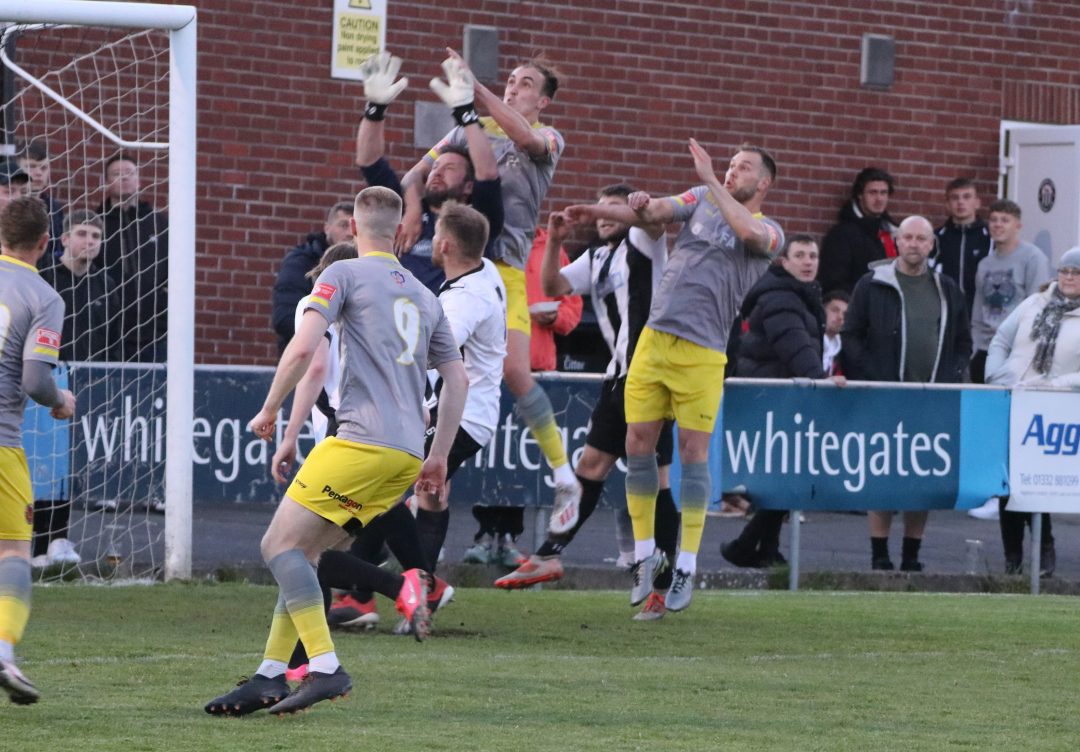 Five minutes later Milner had a point black shot saved from a Beavon cross, before the rebound hit the bar.

Monteiro came on as the second sub, and made an immediate impact. His 25th shot came out and Bennett smashed the rebound high into the Heanor net, 2-0.

Waldram then came on for Webb and Mann for King, but apart from an occasional random shot the last 10 minutes were all Mickleover, with Morris and Butler continuing to look solid at the back.

With five minutes left Warren’s shot was deflected passed Jablonski, 3-0 and almost on the full time whistle Beavon made it 4-0, as Mickleover now move in to Saturday’s final.