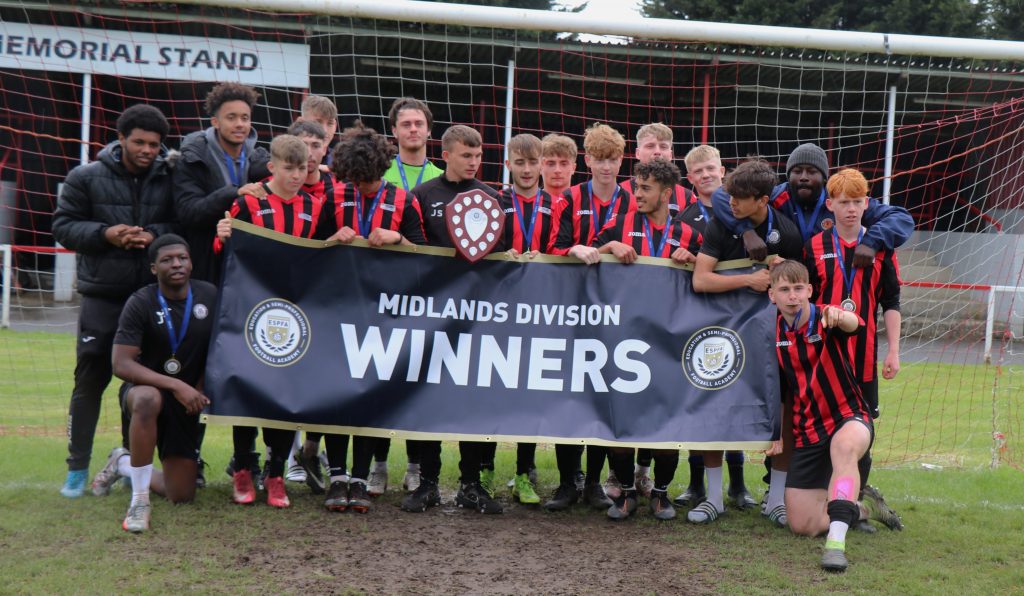 Following last week’s victory over Stafford Rangers, all Mickleover had to do was take a point from their final league game at home to Rushall, to clinch the title.

Just as the game kicked off down came the rain. Mickleover had their first real attack after three minutes, earning a corner. A couple of minutes later Bobby Battisson went on a run, but couldn’t keep his feet in the tricky conditions, but earned another corner.

The pressure quickly began to build on the Rushall defence and it was almost the opening goal six minutes in. Jacob Edge-Lucas put a good cross in to Josh Satchwell. His shot wasn’t cleared and his second attempt was cleared off the line with the keeper well beaten. 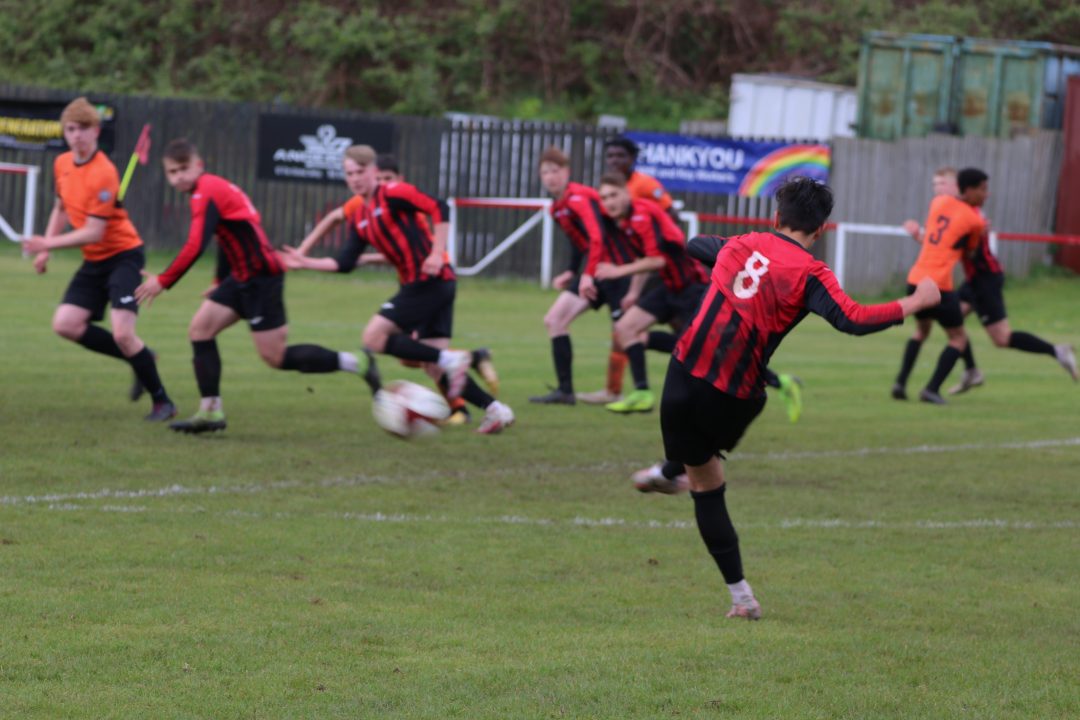 After a free kick header went for another corner, Rushall had their first attack after 10 minutes, but the dependability of Cameron Anthony and Will Robinson in the centre of the Mickleover defence, soon saw off any threat.

It wasn’t long before the scoring spree began, with Ted Stevenson’s strike coming from a right wing break after 12 minutes 1-0.

With Edge-Lucas and Ben Lewin both allowed to push forward at will, joining Battisson, George Atwal and Louis Pennington, they controlled midfield and the chances continued to flow.

After a good build up a cross from the left saw Battisson’s shot blocked after 14 minutes, before Rushall had a good chance two minutes later, clear in front of goal before Edge-Lucas and Anthony combined to clear the threat again. 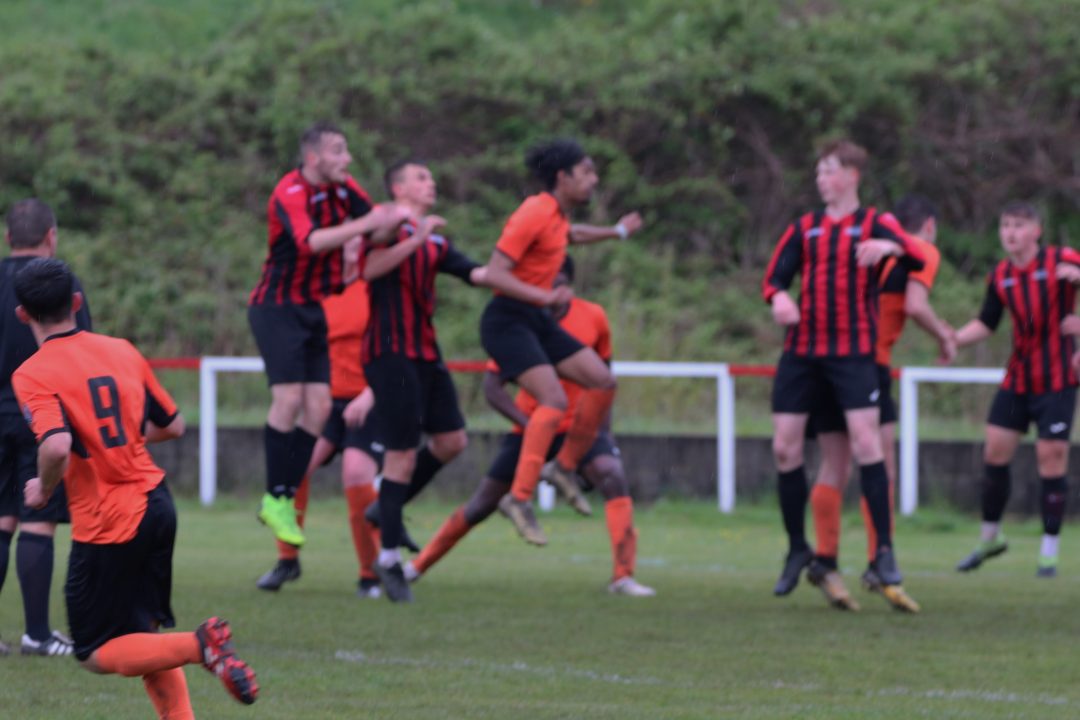 Fin Barker’s bustling runs had already caused problems and in the 20th minute he made it 2-0, with a shot to the keepers left.

Stevenson then went close again, from an Edge-Lucas cross.

Rushall weren’t surrendering, but the skilful Mickleover build up gave them little time on the ball.

Edge-Lucas swung the ball from the right to find Lewin in space down the left wing, he put a through ball to Pennington, whose shot was saved, before Barker burst from a deep position to fire another shot just wide of the right hand post.

Rushall’s first corner came after 24 minutes, but it was Barker with the next clear shot again, saved by the keeper’s feet after 26 minutes.

As they passed the half hour mark Battisson had another shot blocked and Barker almost set Edge-Lucas on a clear run.

But 40 minutes in Satchwell hit the post, and Barker was on hand to smash home the rebound, 3-0.

Only minutes left in the first half and Robinson followed in from a free kick to make it 4-0, before Stevenson brought a successful first half to an end with a glancing header just past the post.

The Reds made one change at half time, with Brodie Carter on for Satchwell.

Within the first couple the Rushall goal was bombarded again, with Battisson’s shot just wide, before Barker had his attempt blocked.

Rushall had to clear off the line again after 54 minutes, from a Carter attempt, as more shots reigned in close succession. 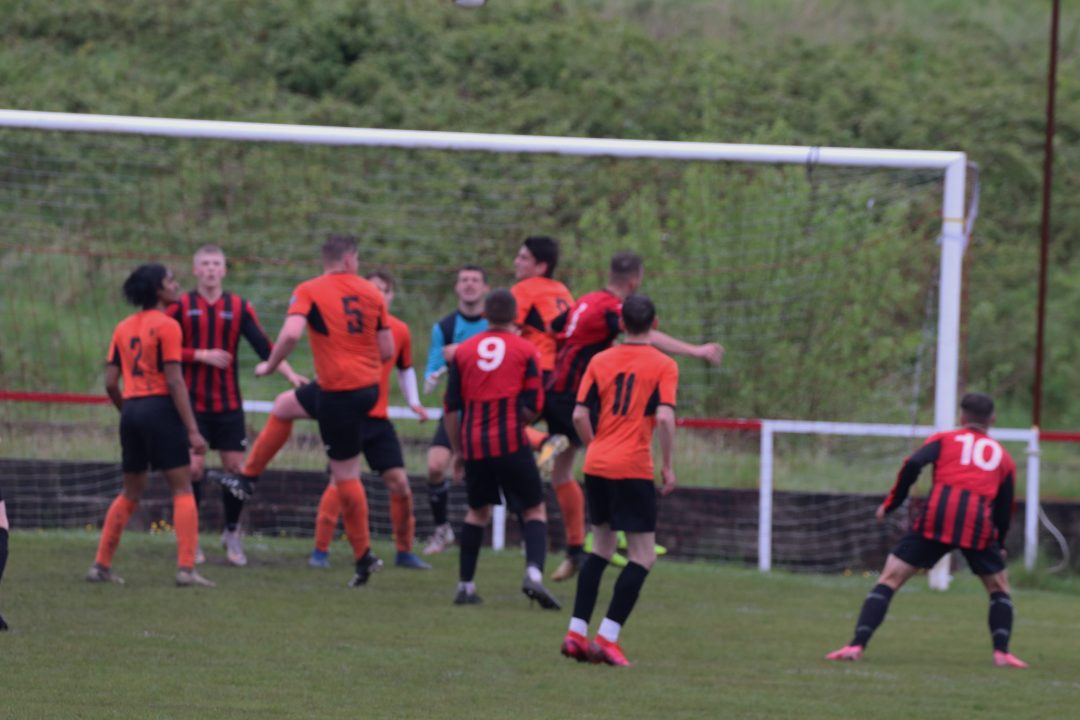 Barker was then fouled on the edge of the box, the free kick was blocked and then a handball gave another, from which Stevenson’s shot was blocked.

Atwal had his first long range shot wide just before the hour mark, but soon after there was another goal, with Edge-Lucas’ pace proving positive at the end of minutes of consistent pressure, 5-0.

Edge-Lucas was only just wide a few minutes later, after Barker had sent in an initial cross from Lewin.

Barker made way for Kai Moore after 68 minutes, but it was Carter next to go close, after creating his own space.

Kyran Ward was next to come on for Atwal, but Rushall were still trying random shots, usually wide from well out, leaving Tom Smith untroubled.

Just after Moore had a shot saved in the 74th minute, he made it 6-0 after collecting a cross from Ward on the right. 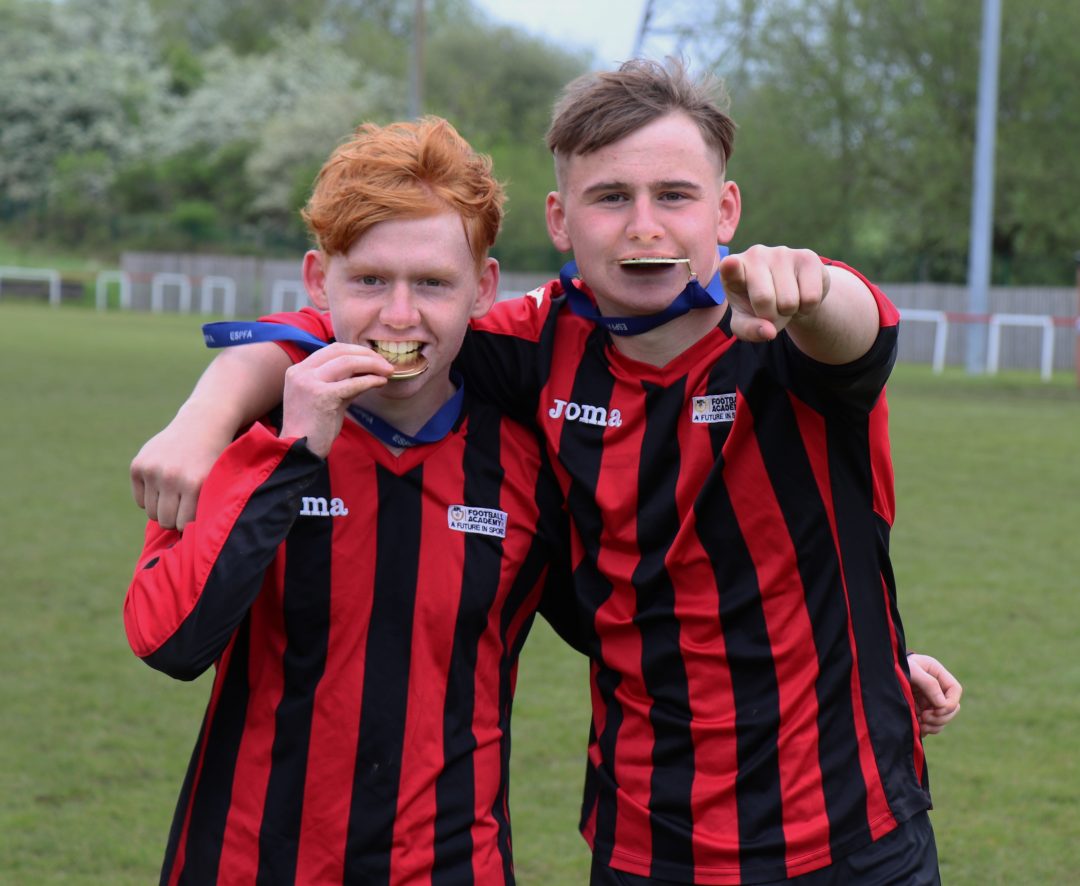 Battisson was tripped a couple of times in the remaining minutes but the free kick’s came to nought and Carter went close with a couple of half chances.

As the referee was poised to call time, Stevenson went on a long run, weaving and jinking through the defence, only to have his final shot blocked.

A comfortable win to clinch the Midlands Division ESPFA title and they now look forward to playing Runcorn Linnets and Chesham Utd as they aim for the National crown.