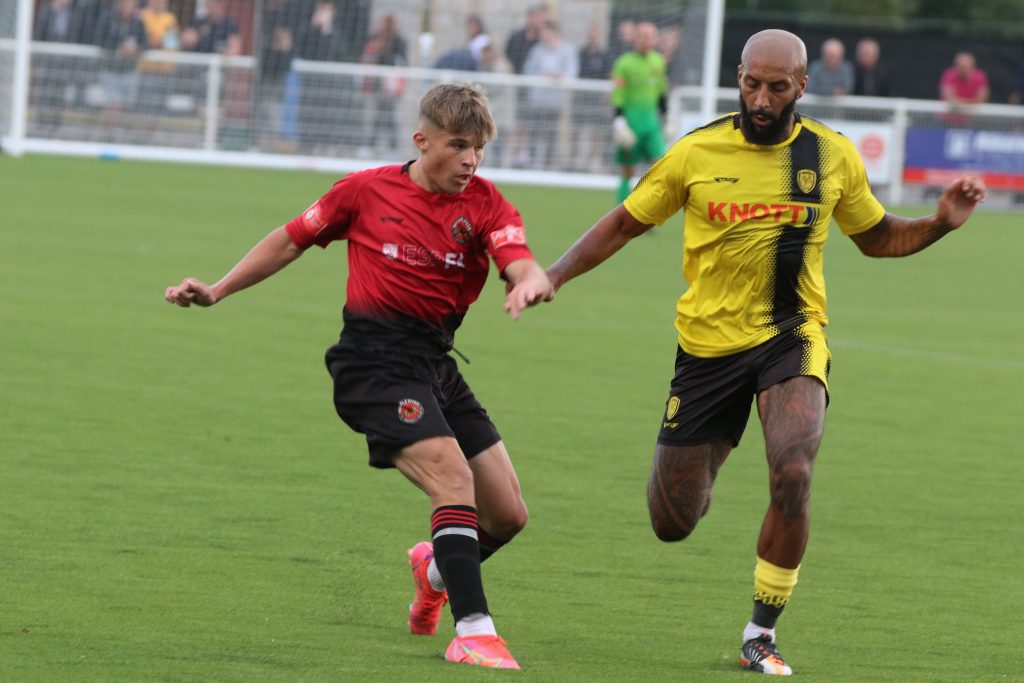 It was a double celebration for young Mickleover midfielder Bobby Battisson this week.

As well as having his 18th birthday on Monday, he also signed his first professional contract with Europa FC, one of the top clubs in the Gibraltar league.

I came out first for a weeks trial and they said they wanted to sign me. The transfer deadline was the same day as my birthday and it seemed to be going on and on day by day.

His agent Gino Culbertson finally completed the negotiations and a one-year contract was completed.

It hasn’t really sunk in yet, I have to wait for the excitement to calm down. I now have to come back to the UK, pack my things and fly back on Friday, exchanging Burton on Trent for the mediterranean.

There is a game on Sunday, but I don’t expect to be playing that soon. There is also a rule here where each team has to have five Gibraltarians in the team, so I will have to earn my place.

He will be sharing an apartment with another new signing, just across the border in La Linea.

There is a chance of Europa League, Champions League football but I have to work hard and train hard.

I just want to thank everyone who has helped me get this far, especially John and the team at Mickleover, Gino, my Dad and my Mum who is coming back out with me to settle me in the apartment.

Bobby was part of last seasons Regional and National Academy Championship winning team as well as breaking into the first team squad.