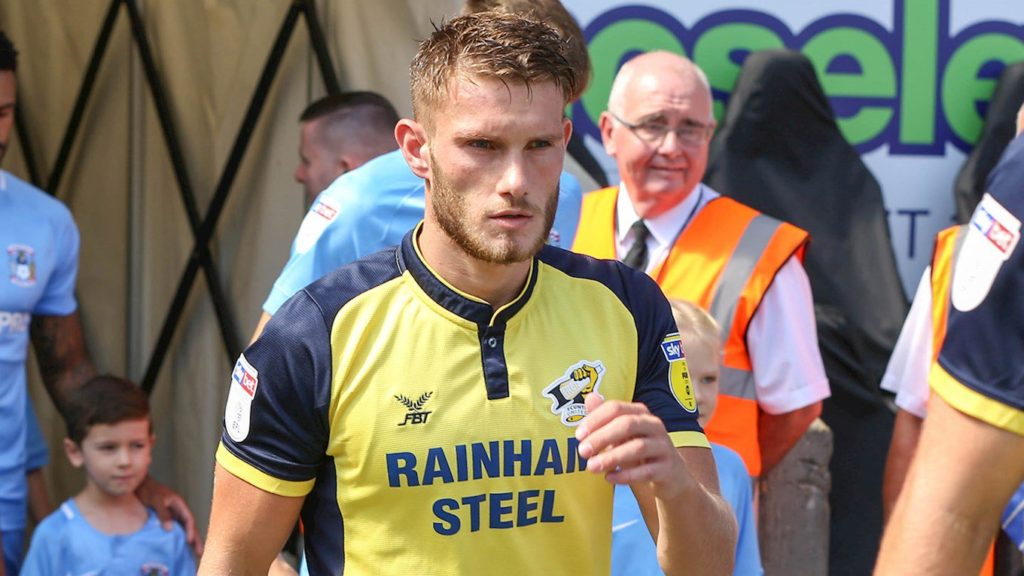 Mickleover Sports Boss John McGrath has given his reaction to last seasons player of the season Andy Dales scoring on his EFL debut for his new team Scunthorpe United.

Andy Dales scored a fantastic strike for the Irons in the 81st minute to win their opening game of the season 2-1 away at Coventry City at the Ricoh Area in front of just over 700 travelling supporters.

“What a great achievement for Andy to not only be in the starting 11 but to also score the winner in a 2-1 victory over Coventry City.

I am delighted to have played a part in Andy’s journey and I must say how proud I was of him today.

I went to the game and to sit in the stand and watch a former Mickleover Sports player compete and look comfortable in a League One side was great to see.

A terrific advert for Mickleover Sports and I would like to wish Andy all the best from us all at Sports”.

Everyone at Mickleover Sports sends their congratulations to Andy Dales and Scunthorpe United on his goal and their opening day victory and wish him and the club all the best for their season in SkyBet League One.