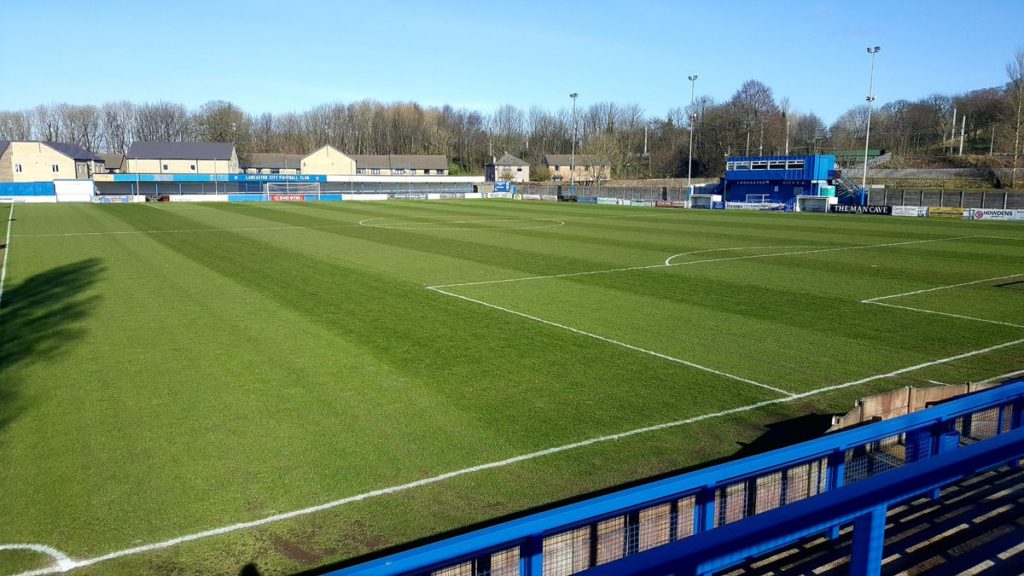 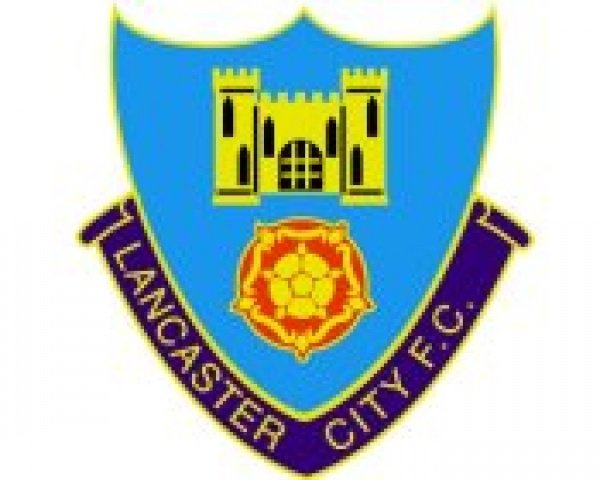 Two Lancaster based teams, Skerton F.C. (1897–1900) and Lancaster Athletic F.C. (1905-11) had competed in the Lancashire Combination but Skerton dropped out of the league without completing their final season (1899-1900) while Lancaster Athletic played their final season (1910–11) in the West Lancashire Football League, again with the club being unable to complete its fixtures. The present club was then founded in the spring of 1911 as Lancaster Town F.C. and were admitted to Division Two of the Lancashire Combination for the start of the 1911–12 season after proving to the league and the Lancashire FA that they had no connection with the previous two clubs.

After World War I the Combination was reduced to a single division. The club finished as runners-up in 1919–20, and the following season the club applied to join the new Third Division North of the Football League, but were unsuccessful. However, they won the Combination for the first time in 1921–22. In 1928–29 the club reached the first round of the FA Cup for the first time, but lost 3–1 at home to Lincoln City. The following year they won the Combination for a second time and reached the FA Cup first round again, losing 4–1 at New Brighton. The first round was reached again in 1930–31, 1931–32 and 1933–34, but the club lost on each occasion. Back-to-back league titles were won in 1934–35 and 1935–36,[2] and in 1937 the club adopted its current name, Lancaster City F.C., after the town was given city status as part of King George VI’s coronation celebrations.

The club continued in the Combination until 1970 with varying degrees of success that included an FA Cup second round appearance, losing to Gateshead, in 1947-48 and a Lancashire FA Challenge Trophy final victory in 1951-52, but by the end of the 1960s it was decided that a change was needed so for the 1970–71 season the club left the Combination to join the Northern Premier League, a league that had been established two years earlier.

City reached the second round of the FA Cup in 1972-73, losing 2-1 at Notts County and again won the Lancashire FA Challenge Trophy in 1974-75 but after finishing seventeenth in 1981–82 the club resigned from the Northern Premier League and dropped into the North West Counties League when financial difficulties forced them to fold and reform. Three years later they were relegated to the second tier after finishing second from bottom of the league. However, despite only finishing thirteenth in 1986-87, the club were accepted into the newly formed Division
One of the Northern Premier League thanks to in no small part to ground standard and support.

In 1994-95, after several seasons of consolidation and now under the stewardship of former Preston North End and Bury player Alan Tinsley, Lancaster won the Northern Premier League Presidents Cup, their first trophy in twenty years, and the following season, as champions of Division One, were promoted to the Premier Division. After finishing eighth in 2003–04, under Tony Hesketh, the club were placed in the newly established Conference North. This proved to be a hugely successful period for Lancaster with the club enjoying healthy league positions, several cup successes as well as reaching the FA Cup first round proper on four occasions. However, following a club takeover, financial problems led to the club folding at the end of the 2006–07 season, in which they suffered a 10-point deduction for going into administration, and finished bottom of the league with one point. During the summer, the club reformed and were accepted back into Division One of the Northern Premier League.

The 2008–09 season was the last one for ex-player and fans favourite Barrie Stimpson. He was replaced by Tony Hesketh, towards the end of the season, returning for a second spell. Lancaster lost the 2009–10 play-off final 1–0 at home to Colwyn Bay but unfortunately, the pair couldn’t guide the club to a much desired promotion, finishing 7th in 2010–11 and 6th in 2011–12. Hesketh was relieved of his duties early into the 2012–13 season. Former Sunderland, Darlington and Morecambe player Neil Wainwright and former player Michael Stringfellow were eventually appointed as joint managers. Both Wainwright and Stringfellow left in February 2013 due to budget cuts, again leaving the club without a first team manager. On 21 April 2013 Lancaster City finally appointed former Newcastle United, Blackburn Rovers and Queens Park Rangers defender Darren Peacock as their new manager.

The Dolly Blues then appointed Peacock’s former teammate and ex Blackpool, Queens Park Rangers, West Ham United, Manchester City and England winger Trevor Sinclair as Peacock’s assistant for the start of the 2014–15 season. Both Peacock and Sinclair left the club at the end of September 2015 after a disappointing start to the season being replaced by former player and assistant manager Phil Brown. Brown then led the team to a top six finish and also to the Lancashire FA Challenge Trophy final when they lost on penalties to Chorley. In his first full season as manager Brown led the team to the 2016–17 Northern Premier League Division One league title.