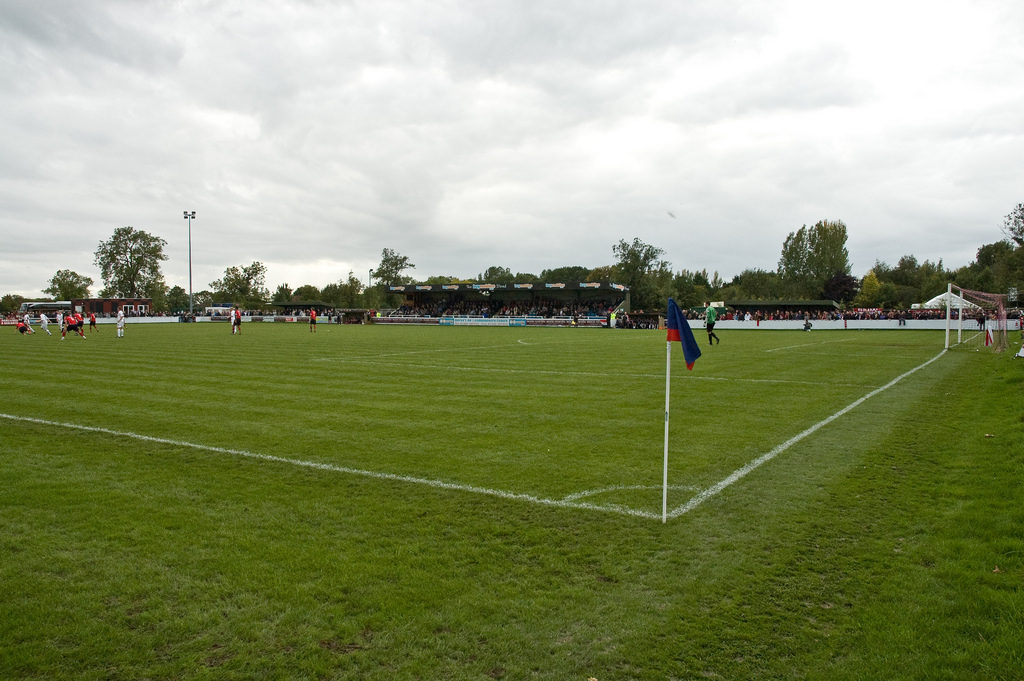 With so many teams contesting trying to stay away from the bottom three, Sports know that Saturday’s important game with Grantham Town will be a real test of the squads character. With the hammering at Buxton now in the past it’s time to see what the squad are made of coming into a game against an opponent who beat Mickleover 2-1 in the return fixture back in September and are only four points in front. After this game we will be at the half way stage of the season. It’s clear the club aren’t where we all expected to be but all we can do now is aim for as many points as possible. With many new signings coming into the club in the last few weeks, John McGrath can’t be accused of sitting on his laurels, as the Sports Boss does everything he can to ensure the club stay at Step 3 ahead of the new 4G surface going in next year.

LAST TIME OUT
The Gingerbreads drew 1-1 with Marine in their last outing last Saturday. A goal from Daniel Durkin in the first half was cancelled out by Liam Hynes for Marine in the second half to see Grantham into 15th position, four points in front of Sports. Last weekend was certainly one to forget in their last outing as Buxton won 5-0 leaving Sports only two points off the relegation zone with Marine now sniffing down their backs. A win for Marine and a loss for Sports would see Sports drop into the bottom three. But with the Mariners to come after Christmas, it’s important to move as far away from them as possible.

SPORTS TEAM NEWS
Niall Dorran & Kevin Grocott are the only ones confirmed as ruled out. We will have to wait and see is Evan Garnett is fit enough after missing the last two with a minor hamstring injury. Everyone else is presumed fit and available if selected.

GOING TO THE GAME?
The game is a 3pm Kick Off at the Don Amott Arena on Station Road, Mickleover, DE3 9FB with Admission Prices set at £10 Adults, £7 Concessions and £2 for Under 16’s. Burton Albion Holders are being encouraged to come along to support their local non league side with reduced admission of £7 on production of their club’s season ticket at the turnstile. The bar and snack van will be open as usual serving hot and cold drinks and food before during and after the match. Your new look Sports Report Match day Programme will also be on sale at the turnstile for only £2! This features the thoughts of Chairman Don Amott and Manager John McGrath plus all your usual content.