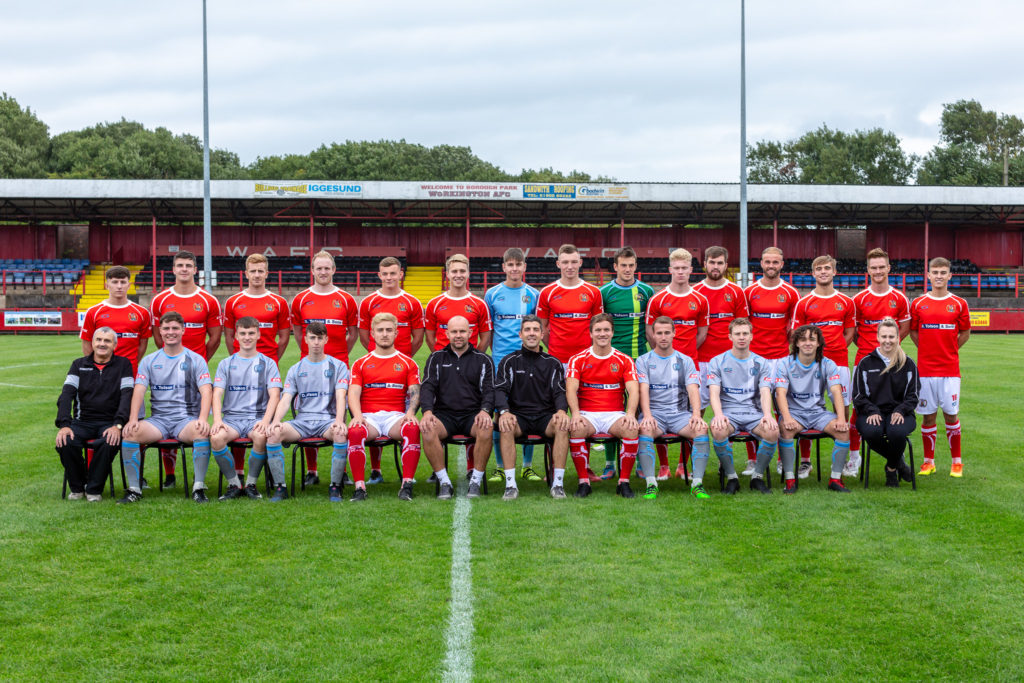 Mickleover Sports are back in Evo Stik League action on Saturday as they welcome Workington AFC from Cumbria to The Don Amott Arena. The Reds as they are known have been struggling this season as well with the side from Cumbria currently sitting 21st in the table, second bottom and inside the relegation zone. However they have two games in hand and only sit four points behind Sports in 18th so this game could be seen as an early relegation six pointer by some people. It is absolutely crucial now that Sports take their excellent cup record into the league now as those around them such as Matlock and Lancaster are starting to pick up their recent form. All of the sides below Sports have a number of games in hand so Saturdays game with Workington will be seen by the Sports players and staff to put some breathing space in between themselves and the chasing pack. With the likes to South Shields, Marine and Hednesford to come Sports need to start picking up the points required to stay clear of that dreaded drop zone.

LAST TIME OUT
Workington’s last game also came in the FA Trophy 1st Qualifying Round as they beat Scarborough Athletic 1-0 at Borough Park last Saturday. Scott Allison it was who popped up in the 27th minute to set up a tie with Newcastle Town in the next round. Sports also won at home 1-0 in the same competition, however their goal came a lot later as Evan Garnett popped up in the 93rd minute to send Sports through to face Stratford Town away from home on Saturday 10th November.

SPORTS TEAM NEWS
Niall Dorran is still out injured and Lewis King is serving a three match ban meaning Corey Addai will remain in goal. Tom Burgin was an unused substitute last weekend as he works his way back to full fitness. No further injuries or new signings have been reported at the time of writing so everyone else remains available for selection.

GOING TO THE GAME?
The game is a 3pm Kick Off at the Don Amott Arena on Station Road, Mickleover, DE3 9FB with Admission Prices set at £10 Adults, £7 Concessions and £1 for Under 16’s. Derby County Season Ticket Holders are being encouraged to come along to support their local non league side with reduced admission of £7 on production of their club’s season ticket at the turnstile. The bar and snack van will be open as usual serving hot and cold drinks and food before during and after the match. Your new look Sports Report Match day Programme will also be on sale at the turnstile for only £2! This features the thoughts of Chairman Don Amott and Manager John McGrath plus all your usual content.