After speaking to various clubs and having a successful Twitter & Facebook vote, Press & Media Officers Sam & Kerry Goldsworthy are delighted to announce that they will be running a trial broadcast for online radio commentary for the Derbyshire Senior Cup match away at Gresley FC. The app called Mixlr is currently used by other Evo Stik sides such as Bamber Bridge, Gainsborough Trinity and Nantwich Town and is a great way for fans of these clubs to listen to live match commentary when they may not have a chance on some bigger radio stations. The Mixlr app can be downloaded on any Android or IOS phone or tablet as well as on their website, http://mixlr.com/ .

Once you have either downloaded the app or logged onto the website, either search for “Mickleover Sports” or follow the link http://mixlr.com/mickleover-sports to find our home page. Here you can listen to live commentary, catch up on previous broadcasts or leave comments on the chat forum with constructive feedback of things you like or things you would like in the future.

Sam & Kerry both said, “We appreciate that many of our loyal supporters cannot make the majority of our long away trips, especially on week nights. So we have decided after discussions with other clubs and collecting feedback from the fans on social media to do a trial for our Derbyshire Senior Cup game away at Gresley to see if it can work going forward. Our main focus would be on away games but if people would like this to be extended to home games then by all means let us know. For now it’s baby steps as we test this system out and see if it will work. For anyone who can’t make the Gresley game next Tuesday we would really appreciate you tuning in and giving us a listen and leaving your feedback as it would be really appreciated. This is something we have wanted to do for a while now and with no real radio coverage for the club coming on the mainstream radio stations in the area, this seems like the best option for Sports fans who want to listen to match commentary of the upcoming games”.

The trial match will be Gresley vs Mickleover Sports on Tuesday 6th November, 7:45pm KO in the Derbyshire Senior Cup 2nd Round. Coverage will begin at approx 7:35pm-7:40pm. 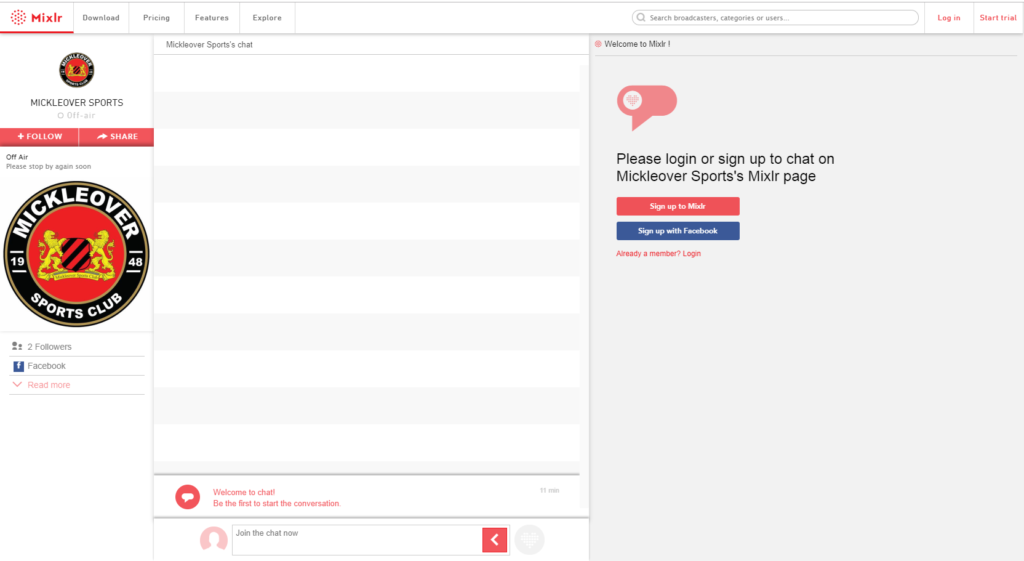