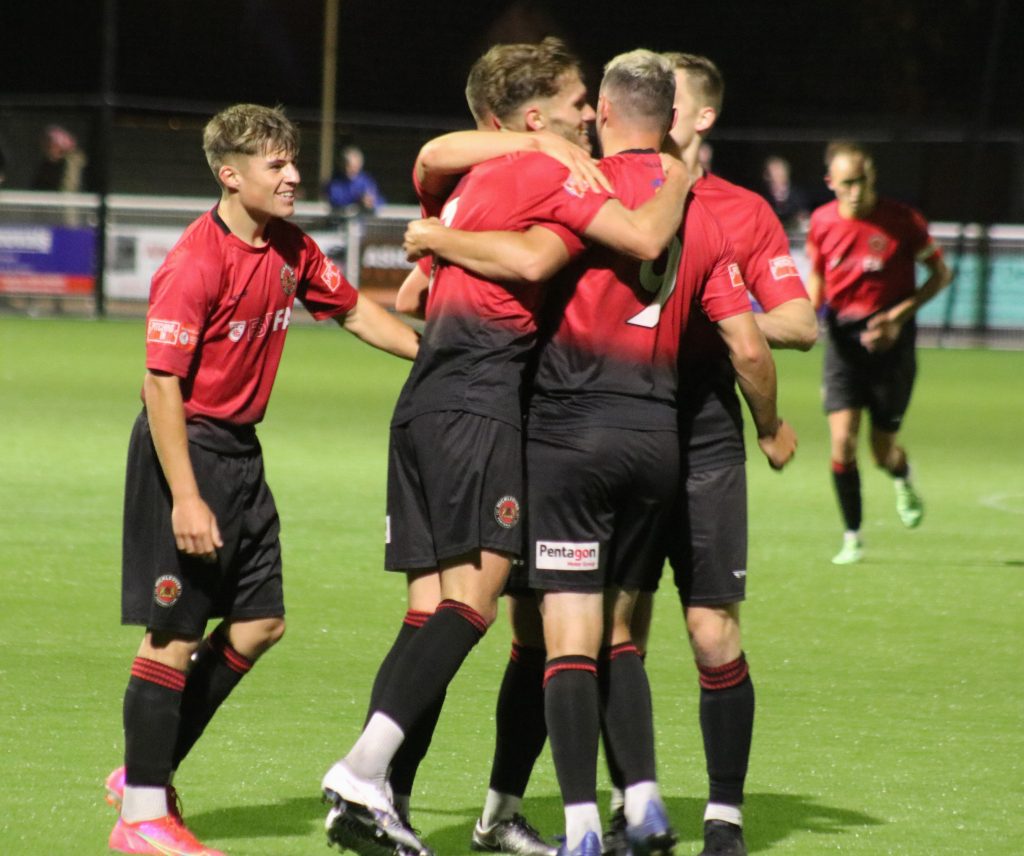 A goal in each half by new signing Andy Dales, secured all three points for Mickleover, in their first home game of the NPL season against Gainsborough Trinity.

With skipper Mason Warren out injured after last week’s defeat at South Shields, there were a few changes to the starting line-up, including a debut at left back for Ben Lewin.

It was strong and fairly robust start from both sides, with Gainsborough making the first serious attack after five minutes, easily dealt with by the home defence.

Only a minute later a good run overlap from Lewin produced a perfect cross, if Battisson had just been three inches taller.

The loose ball fell to Bacon whose miss kick allowed Dales to get the first shot in.

Making his seasonal debut, Milner had a charge after 10 minutes, which almost took him through the visitors defence.

Shortly afterwards another build up involving most of the team, resulted in Bennett shooting just wide.

The Mickleover pace had picked up and was forcing the visitors back and a nice combination move between Dales, Beavon and Bacon, resulted in Gainsborough keeper Matt Yates saving Beavon’s final effort.

Gainsborough still showed occasional flair from breaks and Hawkins was called into action when Gainsborough had a long run down the right. 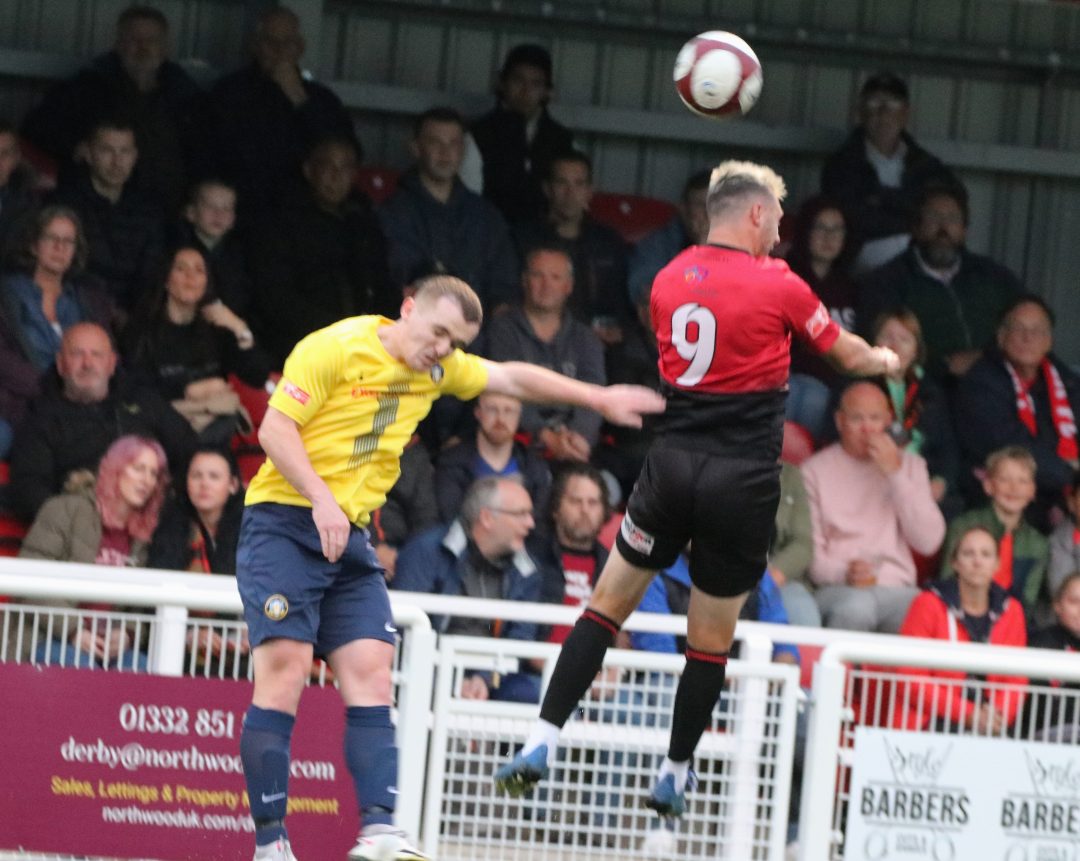 Some excellent build ups were just lacking the final ball for Mickleover, but after Battisson had created space in the middle, his final pass to Dales left the striker in the perfect position for a 25 yard shot into the roof of the net after 22 minutes, 1-0. “I just felt relief when the ball hit the back of the net,” said Dales.

Straight from the kick off Gainsborough burst into attack, until Neal Bishop was fouled by Butler on the edge of the box. Sports skipper Butler went into the refs book for the tackle too.

The following free kick was easily saved by Hawkins, but the visitors continued to try and push forward, with Watt heading one attempt clear, before Bishop fired a shot high and wide.

Bateman and Battisson had linked up well with the tenacity of Milner and started to take control again.

Battisson’s strong run into the box in the 29th minute, prompted a great interpass with Bennett, before the wing back’s shot went just wide again.

Milner then tried his luck, with a deep cross into the box which slightly overshot until Butler headed it back into play.

But after 39 minutes there were shouts for a penalty, after Bennett was through on goal again from a Beavon pass, only to be pushed down, but the appeals were waved away.

Milner then had a shot just over after nice build up from Bennett and Bacon, but shortly afterwards he was replaced by Gowing after spraining his ankle.

In time added on Dales created his own space and fired a shot on goal, before he then put Bacon through, whose shot went into the side netting. 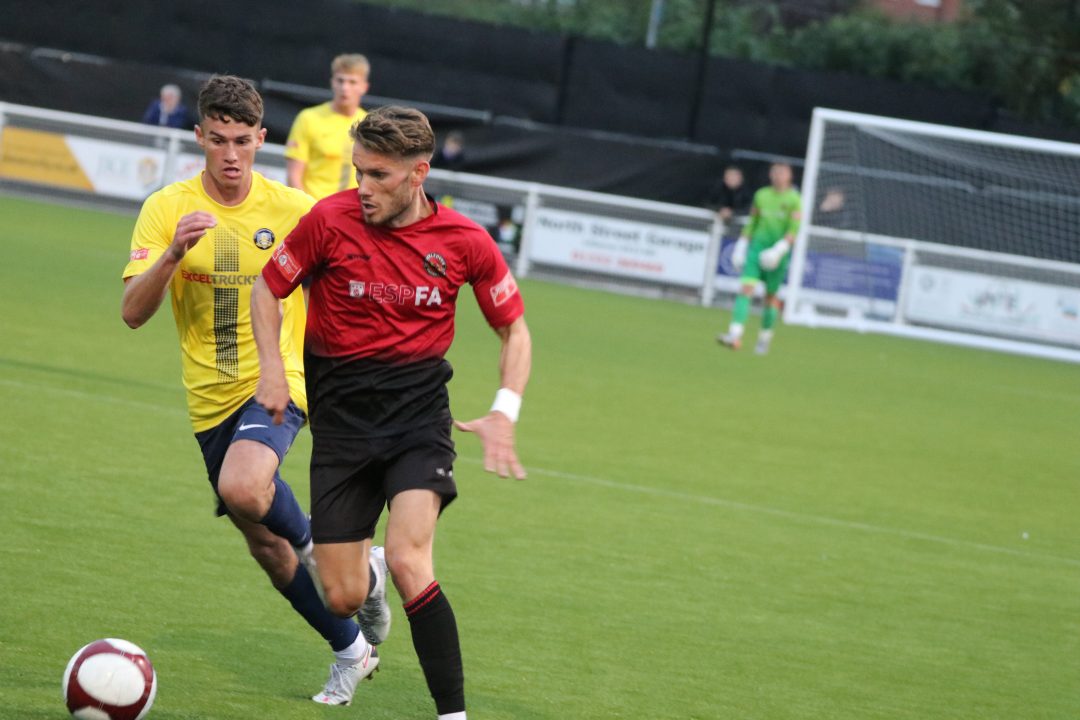 As the second half got underway Mickleover started much the stronger, with Battisson fouled just outside the box after 48 minutes, with Bacon’s shot then saved from Dales’ free kick.

Bennett was then fouled in a similar place, before a third wild tackle from the visitors saw Dales hacked down.

Butler hit the bar with a header and then Bacon had a shot just past the post, after the ref played the advantage.

Only a few minutes later Dales got his revenge for the earlier foul in the best possible way. Keeper Yates had made a clearance but it fell right at Dales feet, his shot took a slight deflection, but it was in for 2-0. “I know it took a deflection, but I will happily take that,” he said.

Now looking for his hattrick, Dales fired just over only three minutes later, before a rare second half attack from the visitors saw Joe Wilson’s cross go across the Mickleover goal, with no one to receive.

Another good long run from Dales ended when he ran out of steam and was intercepted, before Bennett put Beavon through. He was fouled but still got a shot in just wide of the post, but penalty appeals again fell on deaf ears.

While Butler, Watt and Lewin had stayed as the defensive block to any threat, it allowed Bennett to continue his penetrating runs. After 65 minutes he came from his own area, to have a shot blocked on the edge of the visitors box. 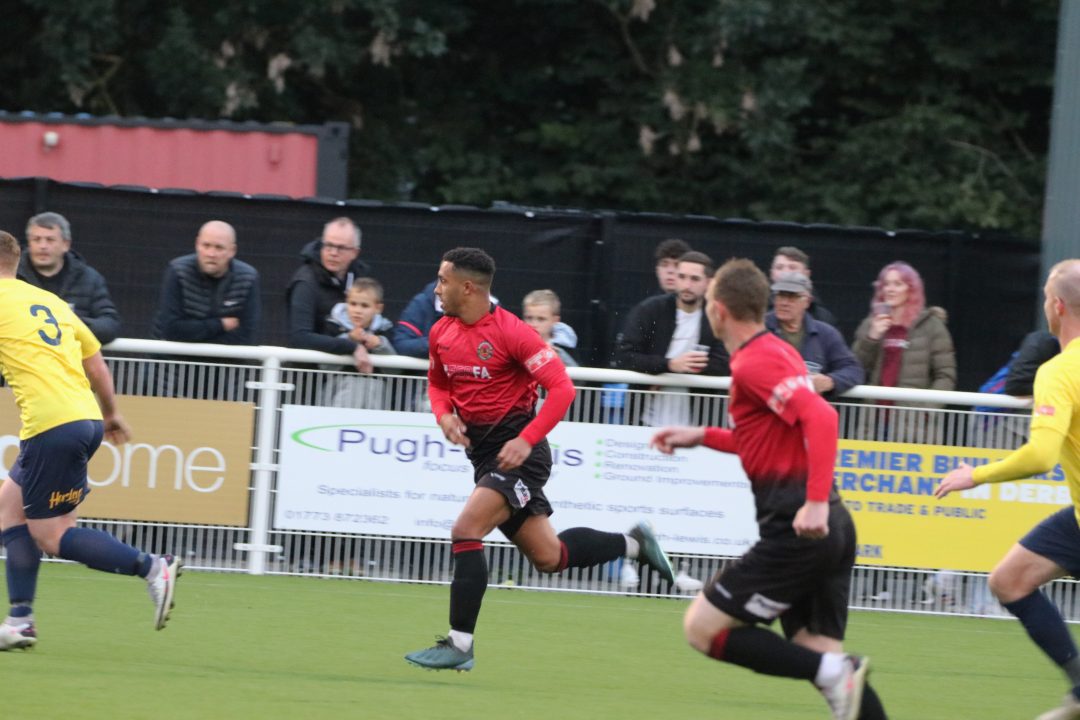 Dales was then replaced by Webb a couple of minutes later, but it was then almost three for Mickleover, when a Battisson cross was headed against his own bar by Gainsborough centre back Hayden Cann.

Yates easily saved the resulting corner, but the attacks were coming thick and fast again. Bacon found Bennett whose shot was blocked after 77 minutes and Webb burst through seven minutes later, but his cross for Battisson proved too long.

Gainsborough had a half chance after a mix up in a crowded Mickleover box and then a pass from Butler to Watt fell short, leaving the visitors to intercept, but Hawkins easily held the following shot.

In the closing minutes Bennett was through yet again before his shot was blocked, then Battisson outstripped the Gainsborough defence, but there was no one to receive his cross.

Finally Gowing got clear, passed to Beavon, but his path was finally blocked.

With only seconds to go, Atwal came on for Bacon, which turned out to be 10 second cameo appearance as the whistle blew to end a good all round team performance.