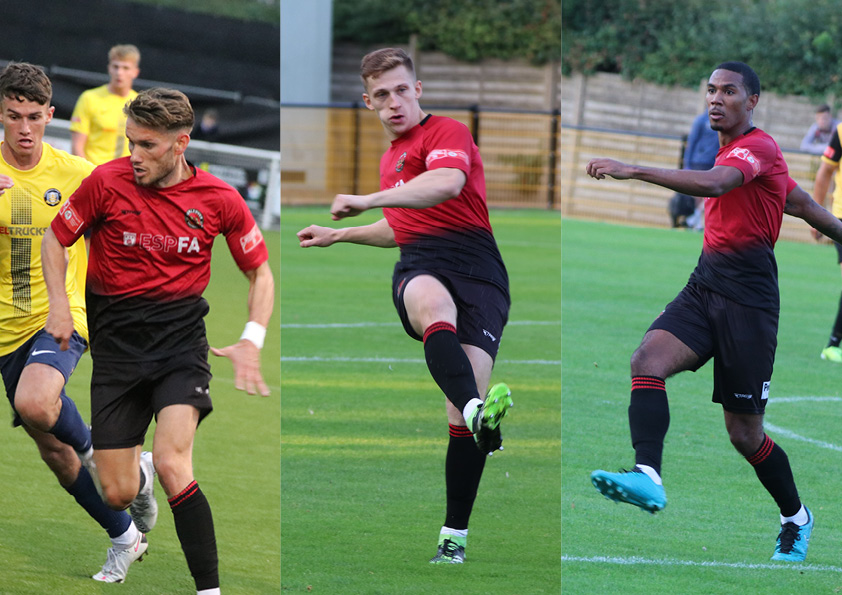 There have been three new signings joining the Mickleover FC squad for this season, but one more than familiar to some fans.

Derby born winger Andy Dales had spent 10 years coming through the ranks as a Derby County before joining Mickleover first time around in 2014/15.

He then joined Scunthorpe Utd and made 33 first team, plus had loan spells at Dundee and Hamilton in the Scottish Premier League, before coming back to Mickleover.

It’s nice to enjoy my football again and put the last year behind me. The gaffer is a real motivator for me and that hadn’t been here recently.

Joe Bateman is another ex Derby player, a centre back who had been a regular in the Rams under 23’s until his release earlier this summer.

He has been playing his football in Latvia and Estonia over the last couple of seasons, having also played at Loughborough, Stafford Rangers, Corby and Basford.

I was happy to secure a club and it felt such a good environment here and welcoming. I layed in some friendlies and the team like to play how I play.

Dales and Bateman made their NPL debuts against South Shields, before dales scored both goals in the home win against Gainsborough.

Lee has only just become available after international clearance.