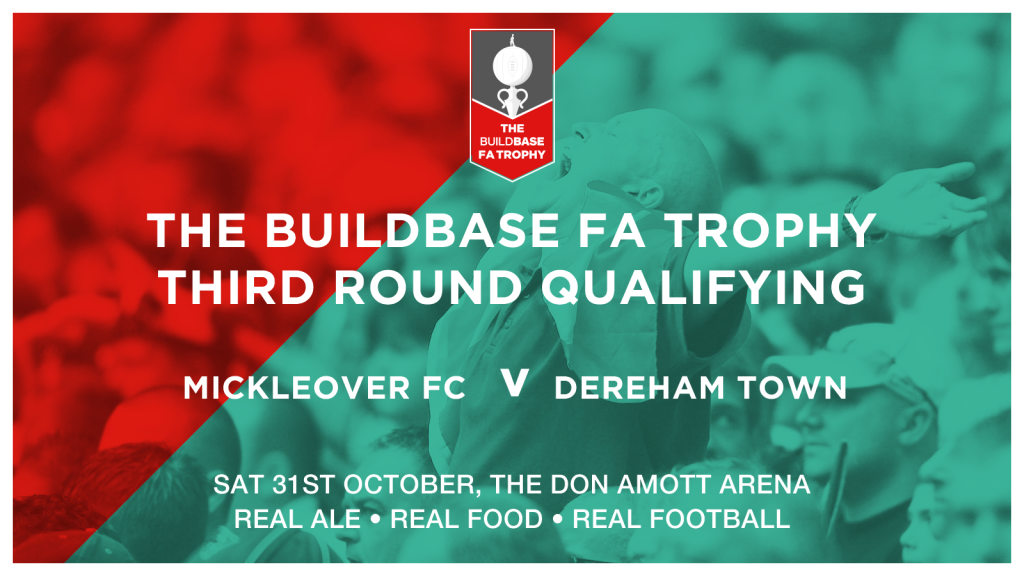 This Saturday’s visitors to the Don Amott Arena in the FA Challenge Trophy are Dereham Town from the Isthmian League North.

Adam Gusterson and his assistant Olly Wills team are currently ninth in the table, with two wins and two draws from seven games.

They kicked off their season with a 3-2 FA Cup win against Whitton Utd in the Preliminary, before going down 2-0 at home to Canvey Island in the first qualifier. 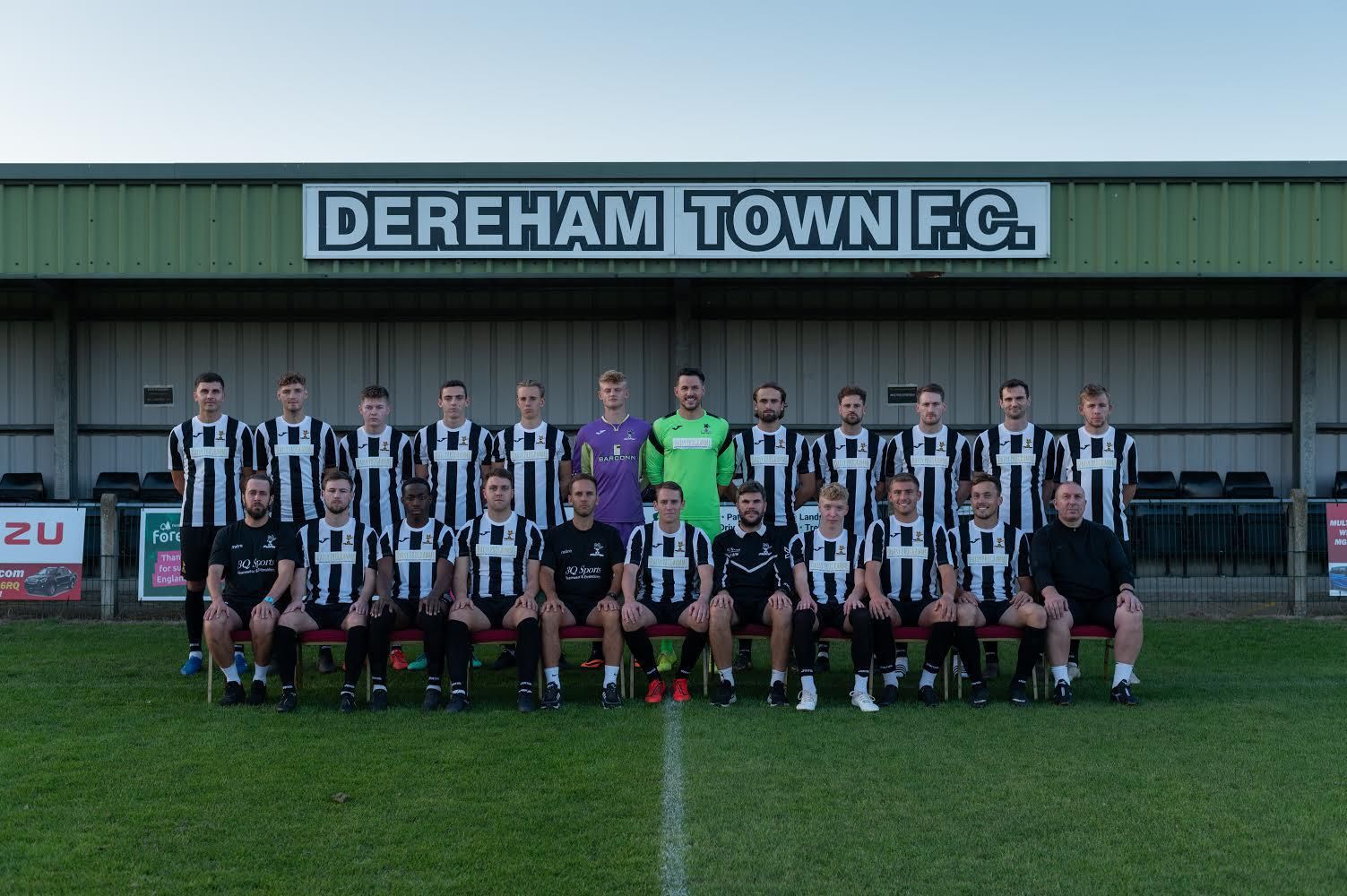 Prior to drawing Mickleover in the FA Trophy, they visited Sutton Coldfield and returned home 3-2 victors.

After two defeats in their first two league games, they beat Cambridge City 1-0 at home and followed it with their first away win at Heybridge Swifts.

They have picked up points from home draws against Histon and Coggleshall Town, but lost 1-0 at Bury Town.

First choice goalkeeper is Elliot Pride, now in his fourth season with the club, having signed from Wroxham. He has also played for Great Yarmouth, Diss and Gorleston, but is nearing his 100th start for Dereham.

Newcomers Ross Bilham and Joe Rider have made one start this season each. Bilham has played for a number of East Anglian teams, including Long Stratton, Spixworth Utd, Harleston and Thetford and is also a keen cricketer.

Although Matthew Castellan is a defender, he has scored seven goals in his 64 appearances, now into his fourth season. From a 12 year old at East Lynn he was a Cambridge Utd youth player, before moving to Downham Town.

Moving on to Swaffham, he then moved up to Kings Lynn. After injury, the Linnets loaned him to Dereham, making it permanent in 2019.

Charlie Dickerson has been part of the squad since 2018/19, having come through the teams Academy. He’s an England u/18 International defender too.

Rodrigo Ferreira and Dion Frary are also defenders. Frary is a long serving player with five seasons behind him before this campaign, totting up over 100 games, with eight goals. He also had a spell at Kings Lynn in between his time at Dereham.

Imrie was a regular last season, having signed in June 2019 from Harleston. Matthews spent time in the Norwich City and QPR Academy, before playing for the New Saints and Airbus UK in the Welsh League. He came to Dereham part way through last season.

Wills has played a few games a year recently, becoming assistant manager in January 2019. He was a Norwich City Academy player but first came to Dereham for the 2005/6 season.

He later joined Harleston managing with Gusterson, before they both came back to Dereham.

Robbie Linford is a centre back or midfielder, and came through the clubs under 18 side, making his first team debut in 2015/16. He has also played for Stowmarket Town.

Tomas Snapkauskas debuted in October last year. A central defender/midfielder he played most of his football in Lithuania, but had a spell at Heart of Midlothian in 2010/11.

Team captain David Hinton is another one of the long serving players. He came from Wroxham in 2016 and made his debut against his former club, before becoming a first team regular over the last two seasons, with 13 goals in 85 games.

Another midfielder close to his 100th game for the club is midfielder Rhys Logan. He came from Long Stratton in August 2015.

Former Norwich City Youth player Adam Smith first came to Dereham in 2005. By contrast to the midfielder’s long commitment to the club, Jerry Desaolu is a new signing from Wroxham. The attacking midfielder and Loughborough University graduate has similar pace to his brother James, the second fastest UK 100m runner in history and European Champion!

Adam Hipperson, Luke Johnson and Jacob Lay are all forward thinking midfielders too. Hipperson plays more on the wing, and having started at Norwich City, he has played for Norwich United and Acle United before joining Dereham. He scored 19 goals last season from 31 appearances.

Johnson and Lay are new signings for this season. Johnson came from Kings Lynn and has one goal from his nine starts this year. Lay was an Ipswich Junior, trained with West Ham and then joined Preston North End. More recently he has been in action at Braintree, Witham and Felixstowe.

They have two out and out strikers in their squad, Harry Gagen and Toby Hilliard. Gagen played in pre-season after signing from Mattishall, but hasn’t made a league start.

Kick off as usual is 3pm, weather permitting.