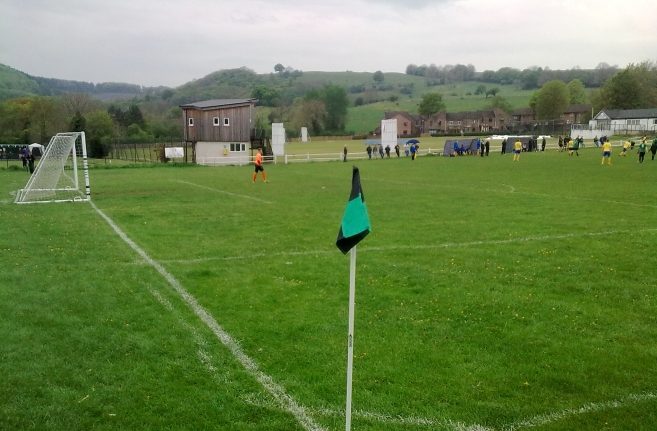 Mickleover Reserves were probably expecting to come home with three points from their visit to Wirksworth Ivanhoe, being in the lower half of the Central Midlands League Premier Division South.

It started well enough earning an early corner after some confusion in the home defence.

Dean Ironmonger had a 30 yard shot, but it was straight at the keeper, before Sports keeper Joshua Maher had to make a save from close range.

Brandon Ferron had started to cause trouble for the hosts down the left-hand side and set up Fin Ryder for another long range effort, but it was straight at the keeper again.

The same pair threatened again shortly afterwards, but Ryder was unable to get full control to get a final shot in.

But attacks were flowing for Mickleover and Declan Brown chested down to lay the ball off to Owen Parr, but his shot was deflected for a corner.

Ironmonger gave the keeper a fairly easy save from his next effort, but despite the Mickleover pressure, it was Wirksworth that capitalised on a defence mistake and looped the ball over the advancing Maher 0-1.

Ferron put in another cross but it was too high for Charlie Rock to connect and then sent Ryder on a run, but Ironmonger’s final shot was deflected.

But once again Wirksworth picked up on defensive errors and made in 0-2 from close range as the defence failed to clear their ranks.

Into the second half and Rock had to make a recovering tackle after his initial slip, before Maher made a finger stop from a free kick, to deny the hosts a third goal.

Maher had to come to the rescue again to punch clear and was on hand to clear the danger after a further mix up.

But Sports kept trying to fight back and Jack Leighton had a header just off target, before Ironmonger was replaced by Ryan McKeever-Atkins.

Parr set up a long range shot for Ronnie Bonser, but it was over and Rock tried to set Brown free, but the defence held tight.

Jayden Cozens was a late sub for Brown, but Ferron’s late free kick earned a corner, but the full time whistle arrived and it remained 0-2.