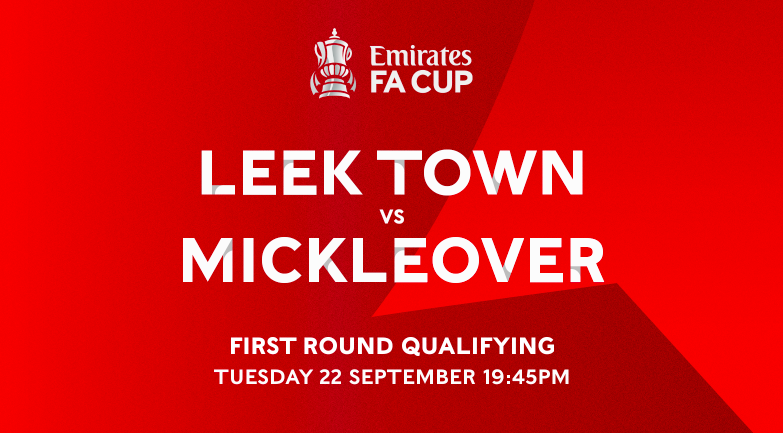 Leek have already beaten Sporting Khalsa 2-1 in the Cup on September 12th, before their league campaign started last Saturday with a 5-0 win over Wisbech.

Last season Sports went out in the first qualifying round with a 3-0 defeat at Stafford Rangers, after beating Coventry Sphinx at home by the same score in the preliminaries.

The Leek squad has a number or returnee and long serving players and are managed by ex Crewe Alexandra assistant Neil Baker, assisted by Peter Ward.

Both goalkeepers are vastly experienced, Ben Chapman has made over 200 appearances. The ex Kidsgrove and Nantwich player came back to Leek from Glossop North End in 2015.

Danny Roberts has 150 games under his belt too since joining from Belper Town, having kept goal for Norton Utd and Witton too.

Defender Jessy Bavanganga is an ex Stoke City Junior, and was the first graduate from Leek’s own Academy when he had his first team debut in April 2018.

Club Captain Darren Chadwick came back to the club from Stafford Rangers in 2015. The defender played for Witton too and has made over 200 appearances for Leek.

Crewe Alexandra was the starting point for defender Olly Harrison’s career. After leaving Gresty Road he headed for Sweden and IKF Osterlund, before returning to the UK and Leek at the end of the 2018/19 season.

Niall Green will be hoping for a better season than last year, as the defender missed out on the whole season through injury.

One of the more recent signings is Louis Keenan, he’s come in from Loughborough Dynamo, while fellow defender Lewis Short is another ex Crewe Junior, who was signed in September 2018, after service with Northwich, Nantwich, Connah’s Quay and Bala Town.

Favouring the left side of midfield, Matt Bell was at Port Vale initially, before coming to Leek for his third spell, via Mansfield Town and Nantwich.

Marc Grocott is another ex Stoke Junior, he came in from Kidsgrove in June 2017 and has played at Alfreton and Stafford too.

Former Port Vale first teamer Billy Reeves is another experienced midfielder, that was signed from Stafford Rangers in September 2018, while ex Stoke Junior Jake Twyford had a loan at Kidsgrove and is now in his second year at Leek.

Yet another ex Port Vale Junior is midfielder Charlie Walford, he’s been with the club three years, whereas Jack Wakefield is just starting out. He debuted last season having come from the Clubs own Academy.

Leading their strike force is Tim Grice. He was an ex Stoke youth player and was with Aston Villa briefly too. He is the longest serving player having scored 199 goals in 369 games during his nine year stay.

Aaron Bolt came in from Newcastle Town in September 2018, but is seen as a natural goal scorer.

In his second season with the club James Kirby has played for Atherton, Congleton and Sandbach, while Will Saxon is either a winger or midfielder. He played at Kidsgrove and Nantwich and is in his third season with Leek.

It’s a limited ticket only game and kick off 7.45pm.