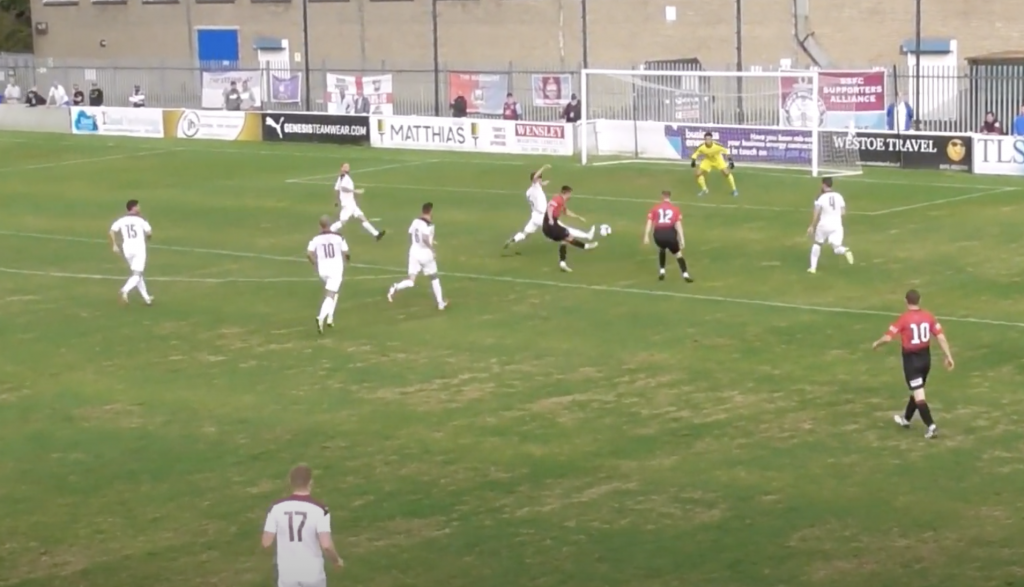 On paper it was a 3-0 defeat at South Shields, but the Mickleover FC team headed back south with the reward of  a good strong team performance and a flattering score line for the home side.

With a full squad to choose from, manager John McGrath opted for Burton Albion loanee Callum Hawkins in goal and Declan Bacon leading the attack, with Paddy Webb starting on the bench.

It couldn’t have got off to a worse start for Sports though, when South Shields Nathan Lowe curled the ball into the top corner of Hawkins’ net from outside the box.

Six minutes later Hawkins was at full stretch again with a close range header just over the bar.

But Mickleover began to fight back with Beavon going close from a long range shot, before South Shields responded 12 minutes in.

Warren was next to try his luck, again just wide, but after Milner took a knock to the head, Bacon put a low ball into the box, it was half cleared as far as Wright who put a powerful shot against the post as the half hour was completed.

Sports continued to push forward and after Wright was yellow carded for a foul, he put a dangerous ball across the face of the home sides goal, but no one was there to collect it.

Beavon then followed up with a good header from a Morris cross, just inside the box, but it remained 1-0 to South Shields on the half-time whistle.

Hawkins was called into action early in the second half again, with a diving save to his right.

Warren became the second Sports player in the refs book and over the next seven minutes both Beavon and Butler followed.

Goalscorer Lowe almost got a second goal though, with a long range free kick close to the top corner.

Just after Sports had exchanged Webb for Bacon, Jon Shaw made it 2-0 for the home side with a close range header from a Robert Briggs free-kick.

A second substitution Sports gave Walshaw his league debut in place of Milner.

In the 81st minute Walshaw had his first real chance, with a powerful shot saved by South Shields keeper Myles Boney, from a telling through ball from Verma

Watt was the fifth Sports player yellow carded, but Sports kept on pressing the visitors defence. Sub Gowing had a header hit the post and Beavon had a shot spectacularly cleared off the line, before Boney blocked another shot from Webb.

But in add on time the action switched ends and Jason Gilchrist made it 3-0 for the home side with a close range toe poke, after Jordan Hunter had beaten Morris on the left.