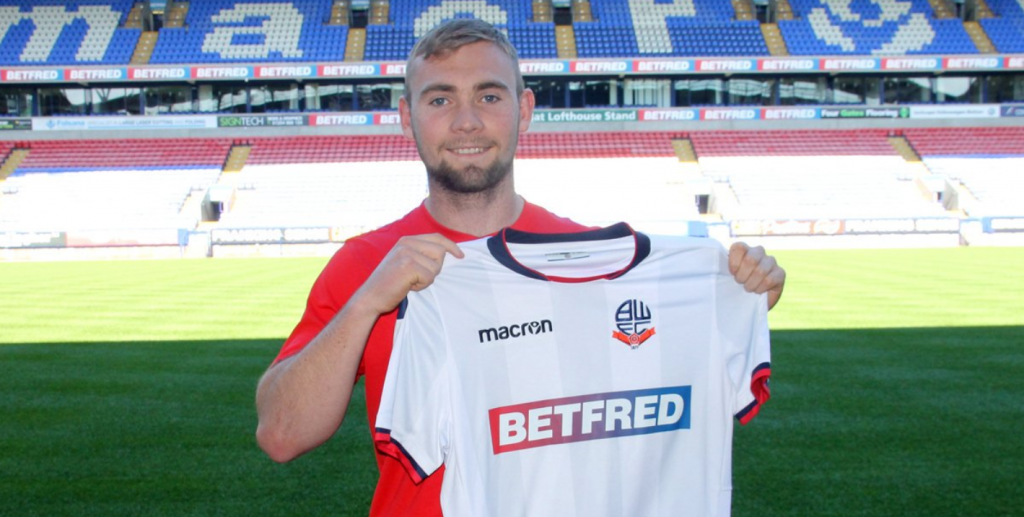 Striker Connor Hall has had two spells at Mickleover, but is remembered for his prolific goal scoring.

He started playing football as a four year old at Binfield and played junior football both there and at Eldon Celtic, before joining Ascot United under 18’s.

It was from Ascot that he made his first step into the football league with Sheffield United in January 2015.

I was offered a six month contract straightaway and then it was extended for another year,

Having played in the Blades under 18’s, he went out on loan to Sheffield in the Northern Premier League.

I had a bad start and didn’t score in my first five games,

he added, but went on to score 13 times in 17 appearances.

His stay at Mickleover followed and after his release from Sheffield United, he was jointly registered for both National League Woking and Mickleover.

I had been playing well at Woking, but then got injured and joined Mickleover to get back to full fitness. I would call my manager at Woking, if I wasn’t selected that week I then continued to play at Mickleover.

In total he made nine appearances for Sports, but scored 11 goals, including five against Ilkeston on Boxing Day.

It was during his time at Woking he was offered a trial at Bolton Wanderers.

To continue his development he had a loan spell with League One Accrington Stanley. He played 17 games and scored twice in his six month spell,

A lot of the time I was coming off the bench

Having returned to Bolton he was playing in the Under 23 side, when financial troubles began to affect the club.

I was hoping to break into the first team but got an ankle injury again at the start of the season and was out for over three months.

He decided to join Chorley on loan to get match fit, but the current pandemic brought a swift halt to his stay. Hopes are still high that when Bolton get to play again, he will be part of their line-up.