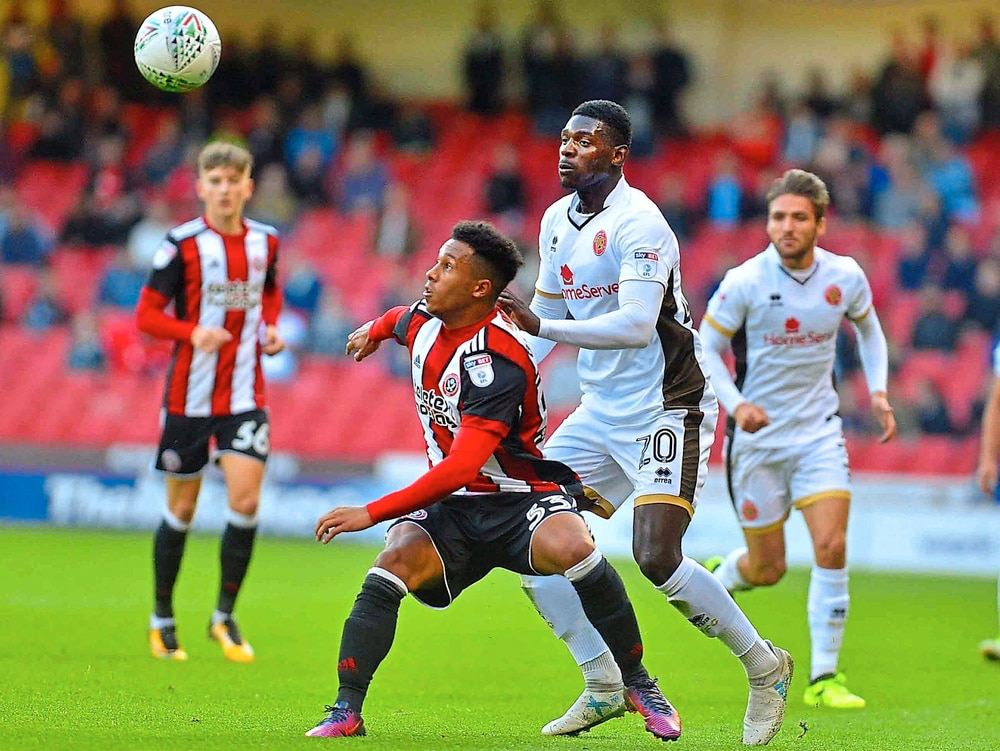 Defender Jake Bennett was a key member of the Mickleover side between December 2014 and 2016.

He started his career playing for his home town team Telford AFC.

I joined them when I was 15 and made two starts in their first team, before going out on loan to Market Drayton

It was during a game against Mickleover that Jake’s potential was spotted.

I had a good game against Andy Dales and was made an offer. As the team were pushing for promotion back into the Premier Division of Northern Premier League, I went for it.

In his first season he played about half of the games, but then became a first choice team member.

His two years at Mickleover came to an end after a series of offers of trials from league clubs.

I spoke to an agent and Sheffield United offered me a contract. I made my first team debut against Walsall in the EFL Cup in 2017 and played some friendly matches too. But was due to go on loan to Chesterfield, but injured my cruciate ligament playing against them and was out for 10 months

A thigh injury then precluded any games for Chesterfield and in October 2019 his time at Sheffield ended and he joined National League Alfreton.

I was only at Alfreton a short time and was in and out of the team. As I wanted regular games I decided to step down again and joined Coalville Town in the Southern League Premier Division Central

Jake is still looking to rebuild his career but looks back fondly at his time with Mickleover.

My lasting memory was winning the title, the first medal I had ever won in football.