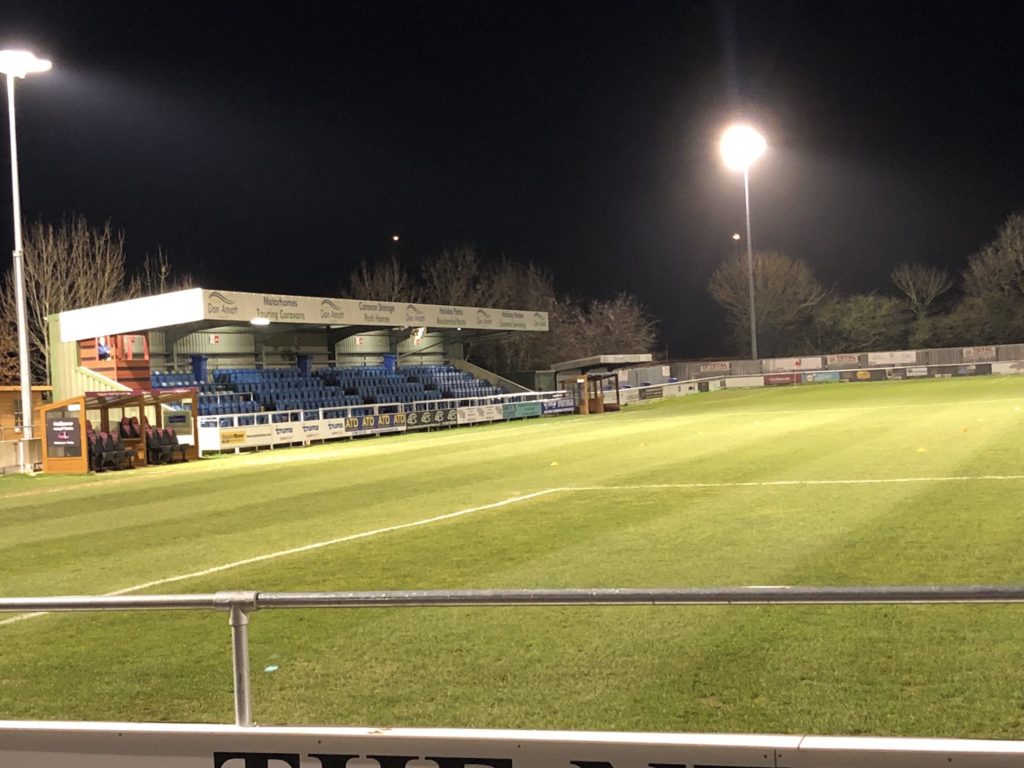 After taking 10 points in their last four league matches, Sports can be pretty happy with their recent form. Despite the disappointment of the last minute goal at Lancaster City last weekend, Sports are still unbeaten in 2019. However that record will be put to the test at The Don Amott Arena this Saturday as high flying Gainsborough Trinity visit. When Sports made the trip to Lincolnshire all the way back in August, they were totally outclassed the the home side who of course were relegated from the National League North last season. This was the first time Trinity have ever been relegated in their history. Trinity could have scored 5 or 6 that night so it will be a good marker to see how far Sports have improved as a side since then.

LAST TIME OUT
Gainsborough Trinity made light work of Workington AFC last weekend, winning by four goals to one at The Northolme as the side from Lincolnshire are now 6th in the league table. Goals from Ashley Worsfold (2) , Benjamin Gordan and Simon Russell saw off the Cumbrians in front of the crowd of 572. Sports were of course denied only their second away win of the season at Lancaster City in the 96th minute through a late Brad Carsley equaliser.

SPORTS TEAM NEWS
John McGrath has a full squad to pick from with no new injury worries from last weeks game, with the exception of Nathan Jarman who was sent off at Lancaster City last Saturday.

GOING TO THE GAME?
The game is a 3pm Kick Off at the Don Amott Arena on Station Road, Mickleover, DE3 9FB with Admission Prices set at £10 Adults, £7 Concessions and £2 for Under 16’s. Burton Albion Season Ticket Holders not going to Doncaster are being encouraged to come along to support their local non league side with reduced admission of £7 on production of their club’s season ticket at the turnstile. The bar and snack van will be open as usual serving hot and cold drinks and food before during and after the match. Your new look Sports Report Match day Programme will also be on sale at the turnstile for only £2! This features the thoughts of Chairman Don Amott and Manager John McGrath plus all your usual content.