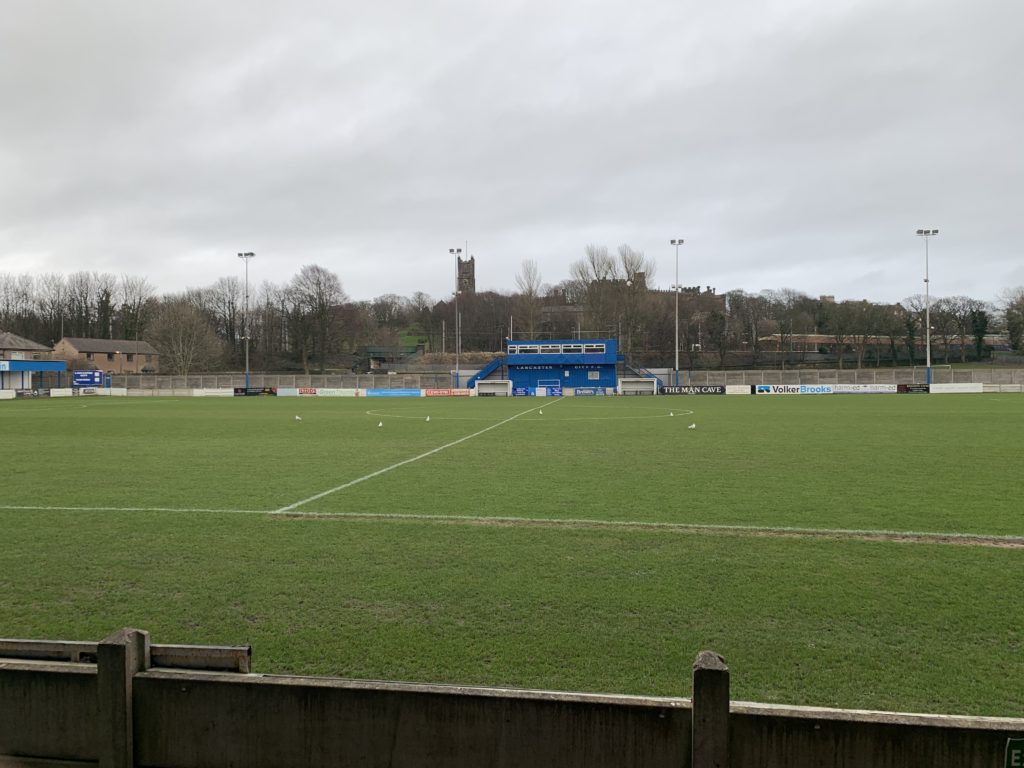 First half commenced and on the first minute, chance came for Lancaster. An early free kick was awarded to Lancaster. Rob Wilson took the free kick and was saved into the hands of Sports goalkeeper Callum Hawkins. On the 13th minute, chance came for Sports. A great ball from Kyle Carey through to Shaquille McDonald into the box but Shaquille was flagged offside. On the 17th minute, another chance came for Sports. Once again, a fantastic effort from Kyle Carey just inside the box but his shot was saved into the hands of Lancaster’s goalkeeper Jack Sims. Throughout the past ten minutes, Sports and Lancaster had some excellent chances and wrongful decisions but the score stayed at 0-0. On the 30th minute and a goal came for Lancaster after a free kick was awarded to Lancaster. Ryan Winder took the free kick and met the head of Durrell Berry who unfortunately headed it into the back of the Lancaster net to give Lancaster the lead. On the 42nd minute, chance came for Lancaster. A quick corner routine from the home side saw the ball fall to Charlie Bailey but he blasted the ball over the bar. Not much occurred throughout the first half but unfortunately is was mostly Lancaster with the chances with pure domination over the Sports defence.