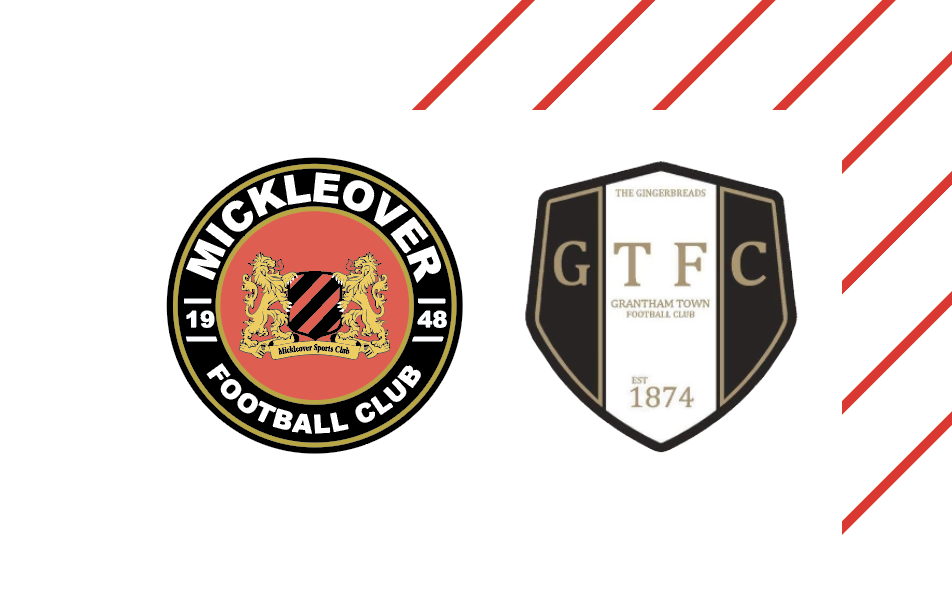 Grantham Town were a struggling team last season, going down 4-1 on their last visit to the Don Amott Arena.

They currently lie 20th in the NPL, still seeking their first win, after an away point at Morpeth and home point against Stafford.

Their last match was a narrow 1-0 defeat at home to Matlock Town, having been knocked out of the FA Cup by our Derbyshire neighbours a few weeks earlier.

Most of their squad have been singed over the summer, with four each coming in from Buxton and Rossington,

In 2010, Martin stepped into management with Worksop Town after a short spell as first team coach at Rotherham United. He then led Buxton to a series of top ten finishes in the Northern Premier League in a six year spell and has also been in charge at Ilkeston Town and Frickley Athletic.

He joined the Gingerbreads as Assistant Manager with McIntosh in March 2020, having previously worked together at Buxton.

York City Youth team manager Ryan had an 18 year playing career including over four hundred senior appearances, mostly in the football league, and also turned out for England C. In September 2009 he was appointed as caretaker-manager of Chester, then became assistant to new boss Jim Harvey , before they  moved on to Stalybridge Celtic. Tim spent five years as the assistant to McIntosh at Buxton.

Danish born goalkeeper Jan Budtz was a summer signing from Rossington. He played for B1909 and Nordsjaelland in Norway before coming to England, playing league football for Doncaster, Wolves, Hartlepool and Oldham, as well as non league at Eastwood, Stalybridge, Worksop and Gainsborough. His twin brother is a pro footballer too.

Will Biggs is coach and the reserve goalkeeper. He joined in pre season having previously held a similar role at Buxton. He’s also sports lecturer at Club Doncaster Foundation.

Jason Law was an Academy player at both Burton Albion and Derby County, before joining Mansfield Town from Carlton Town in 2015. A regular in Academy and Under 23 sides, the defender spent loan time at Sutton Coldfield Town and Gresley before he making his first team debut for Mansfield in  EFL Trophy. Further loans at Hednesford Town, Leek Town and Kettering Town followed before joining Grantham on the eve of the 2020-21 season and making his debut at Morpeth Town.

Centre back Tom Ward returned to Grantham in the summer, having previously moved on to Kings Lynn. He also been in action for Sleaford Town, Boston United, St Neots, and Gainsborough Trinity.

Ryan Holland is a former Grantham under 16’s and under 18’s player who had a spell of football in the USA, playing for Orange County. The defender was at Kettering Town earlier this year, before returning to Grantham for the start of this season.

A product of the Doncaster Rovers Academy, defender Ben Middleton was signed from Boston Utd this summer, but has also been at North Ferriby United, Scarborough Athletic, Harrogate Town, and Buxton (loan).

Adam Watson is another newcomer to the Grantham line-up. The defender was picked up from Rossington Main just before the season start,

No introduction is needed for Greg Young, having spent last season as the mainstay of the Mickleover defence. After starting his career at Grimsby Town, he moved on to Halifax Town, Altrincham, Alfreton, Gainsborough, York City and Frickley.

Ben Turner is also well known to us too. A dependable left back, he was a regular last season in the Mickleover line-up. He began his career at Mansfield before a spell playing at Worksop, preceded his time at Mickleover.

Preferably a central midfielder, Brad Abbott is another summer signing from Boston United. He started off at Barnsley before loan spells at Harrogate, Chester and Barrow. He then joined Buxton in 2016 before moving to Boston the following year.

Another new signing and returnee, midfielder James Berrett was a Huddersfield junior, before making 170 appearances for Carlisle. He also played at Yeovil, York, Grimsby and Halifax and been capped at under18, under 19 and under 21 level for the Republic of Ireland. He was at the club last season but left to join Buxton, returning prior to the start of this season.

Midfielder Niall Doran is another ex Mickleover player in the Grantham squad. A summer signing from Rossington Main, he started out as a youngster at Hull City before going on to play at Boston United, Buxton and Matlock, plus his spell at the Don Amott Arena.

Nathan Dyer had spent his whole career at York City until joining Grantham this summer. The young wide playing midfielder made nine first team appearances for the Minstermen last season.

Michael Hollingsworth is another midfielder, who was part of the clubs play off final side in 2017/2018. He had spells at Matlock, Pickering and Frickley before rejoining in the summer, having come from the Nottingham Forest Academy, before moving to Boston United.

Another pre-season singing from Rossington, midfielder Manasse Kianga, is more of an attacking player.

A left sided midfielder Jack Stobbs recently signed after being at Sheffield Wednesday from the age of six. He made five senior appearances for Wednesday, making his debut against Bolton Wanderers in April 2014. An ankle ligament injury kept him out until the final day of the 2015-16 campaign. He has been on loan at  Port Vale and it the SPL at Livingstone last year before injury cut his time north of the border short, returning to Hillsbrough.

Alastair Taylor came from Buxton this summer, after graduated as a Barnsley Junior. He’s played for Worksop, Alfreton and Gainsborough too.

Central striker Remaye Campbell spent most of last season in loan from Notts County, but made the permanent in the summer.

Prolific scorer Liam Hardy was another pre-season from Buxton. He played for Armthorpe Welfare and both Harrogate Town and Railway before joining Buxton in 2014, winning the NPL Golden Boot that season. He joined Darlington in 2016 returning to Buxton again winning the Golden Boot in 2017/2018.

Striker Rodrigo Concalves is one of the few players still in the squad from last season, where he made 10 appearances.