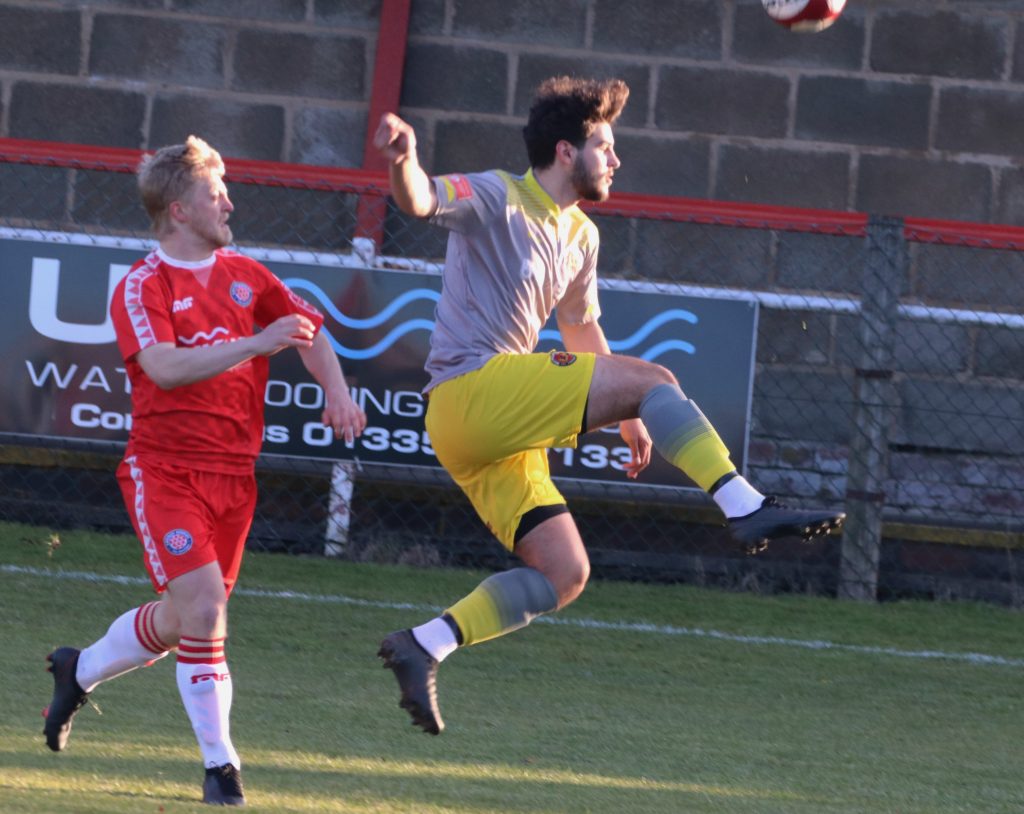 It was certainly men against boys at the Moat ground last night, when Gresley Rovers inflicted a first defeat on Mickleover FC in the Don Amott Spring Cup, by 5-0.

The Mickleover side made up of a few of the first team squad, but mainly academy players, were up against it from the kick off, against a much bigger and stronger Gresley side.

The home sides first chance was as early as three minutes, when Munday’s shot from just outside the box, whistled past Fin Bowen’s post.

But Mickleover got a first shot in a few minutes later, when Bobby Battisson fired in just over the bar.

Gresley kept pressing and although Bailey managed to turn Will Robinson, his effort was just wide too. 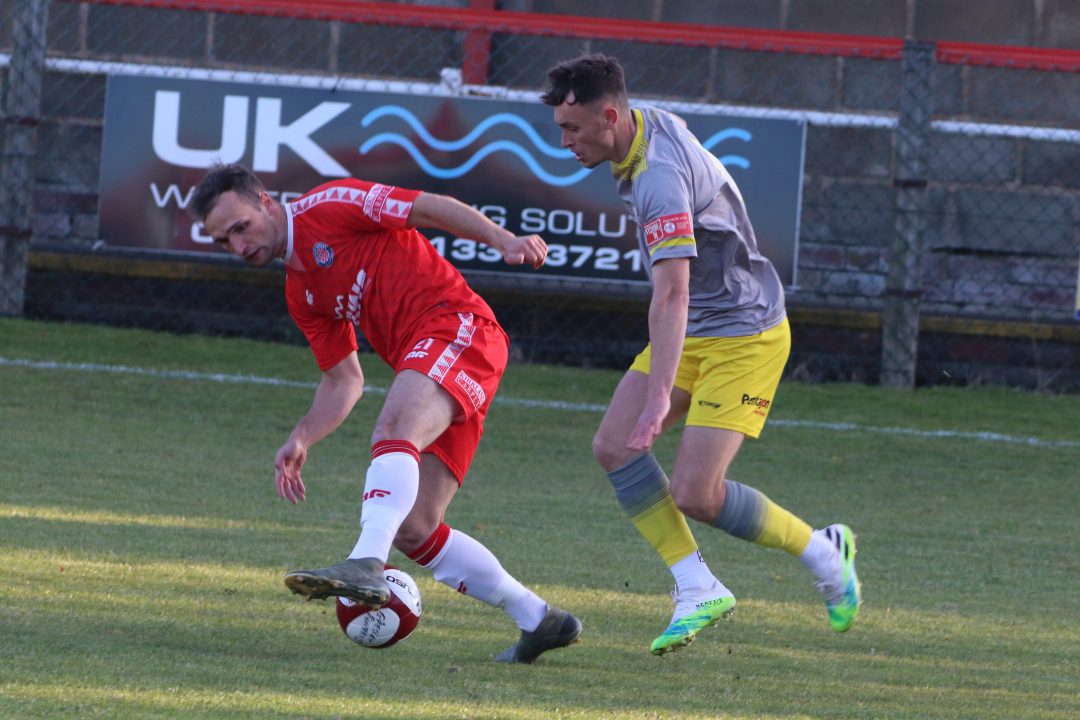 Mickleover tried to break out of their own area, but it was proving difficult, but after 10 minutes Battisson had a good run down the right, and Josh Satchwell’s shot earned the first corner.

Marcus Calderone then had a header just wide from a Battisson cross, before a dangerous Gresley free kick ended with a spectacular but very wide overhead kick from Lansdowne.

Louis Pennington was next to push forward starting a good move from midfield, before Declan Bacon followed up with a shot straight into keeper Fryatt’s hands.

But 14 minutes and the first goal came for Gresley. A good cross from Munday on the right into a crowded box, saw Oli Bailey’s header heading past Bowen, 0-1.

Gresley were almost through again three minutes later, but the attempt was blocked, before Mickleover had their best chance so far.

Bacon was through but had his back to the line, before Josh Baker got a shot in. Fryatt saved well but from the resulting clearance, Satchwell’s header was just wide. 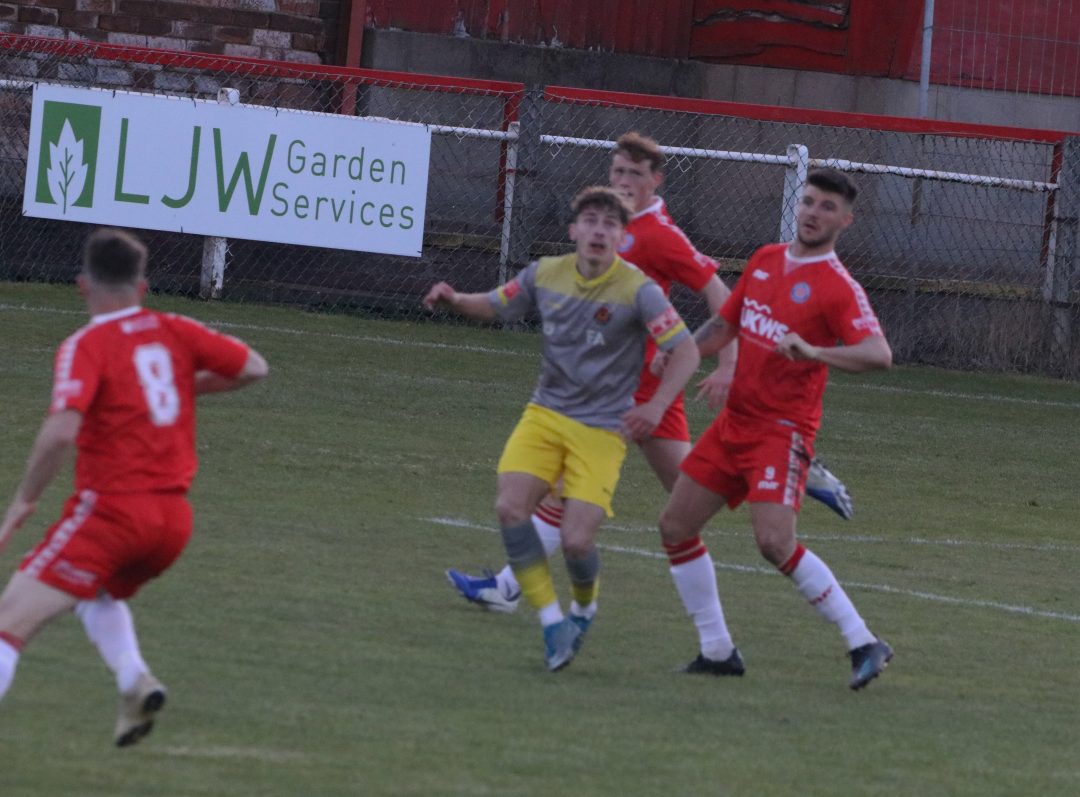 Bailey then hit the bar for Gresley in the 20th minute and the attacks became ever more relentless.

26 minutes and Bailey was on target again, after Bowen initially lost possession on his near post. But at the second attempt the ball was turned back in for the striker to head home for his second goal, 0-2.

It wasn’t long before there was a third, after Calderone lost possession. Bailey fumbled his first attempt, but had so much time he was able to jink into space again and fire home, for his hattrick 0-3!

Robinson had a good run for Mickleover, but Battisson was brought down on the edge of the box from the resulting cross. Bacon’s resulting free-kick was then saved by Fryatt.

Bowen saved well from Gresley’s Holmes after 39 minutes and Baker responded for Mickleover, with a promising cross to Battisson, finding Bacon who shot just wide.

As half time approached Gresley made it four after Phil Watt fouled, Ryan Seal had Bowen well beaten.

Maslen-Jones almost made it five at the break, when his wild volley went close.

Mickleover had more of the ball as the second half got underway, but possession wasn’t always leading to progress.

Gresley had an early shot wide and Bacon had a chance from a Baker cross, but the ball bobbled unkindly and was easily collected by Fryatt.

Both sides began to make changes and George Atwal was first on for Mickleover, replacing the hardworking Pennington.

Josh Waldram managed to find Battisson on the edge of the area, but he couldn’t connect, then Atwal put a good ball into the box which was cleared. 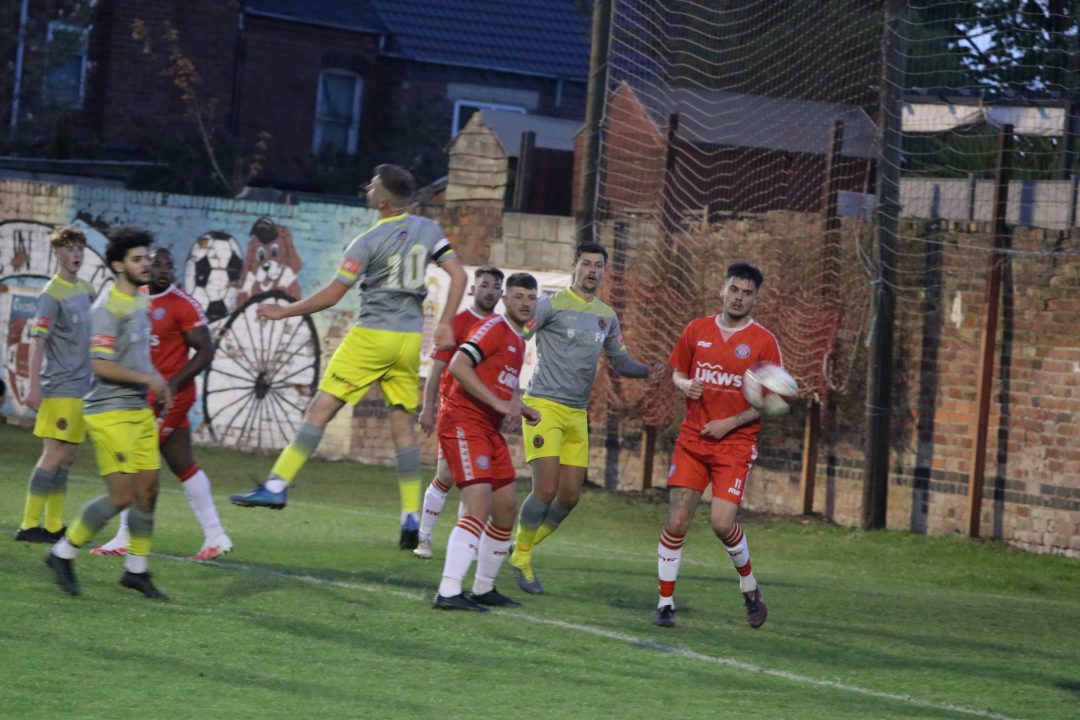 57 minutes in and another good build resulted in a Battisson shot being saved, but just after the hour Calderone was booked for an innocuous foul, forcing Bowen into an excellent save from the free kick.

Atwal managed to create space for his own shot in the 65th minute, tipped just over and earning a corner.

But as Mickleover sought their first goal, Gresley continued to look dangerous on every attack. Bowen had to pull off a diving save after 70 minutes, when Calderone misjudged a bounce, which fell kindly for the striker.

Ben Lewin and Ethan Mann both came on for Jacob Edge-Lucas and Dec Bacon. Lewin tried an early shot just wide, and 75 minutes in Satchwell sent a great curling shot just wide of the post for a corner.

Satchwell went a close again a few minutes later and Atwal had a free kick on target but saved.

Robinson overlapped to cross for Battisson, but his 79th effort was straight the keeper and with three minutes left Satchwell was almost there again, after a good build up from Robinson and Atwal.

But almost on full time Gresley got their fifth, when Keith Thomas picked up a rebound and was left with an empty net 0-5.