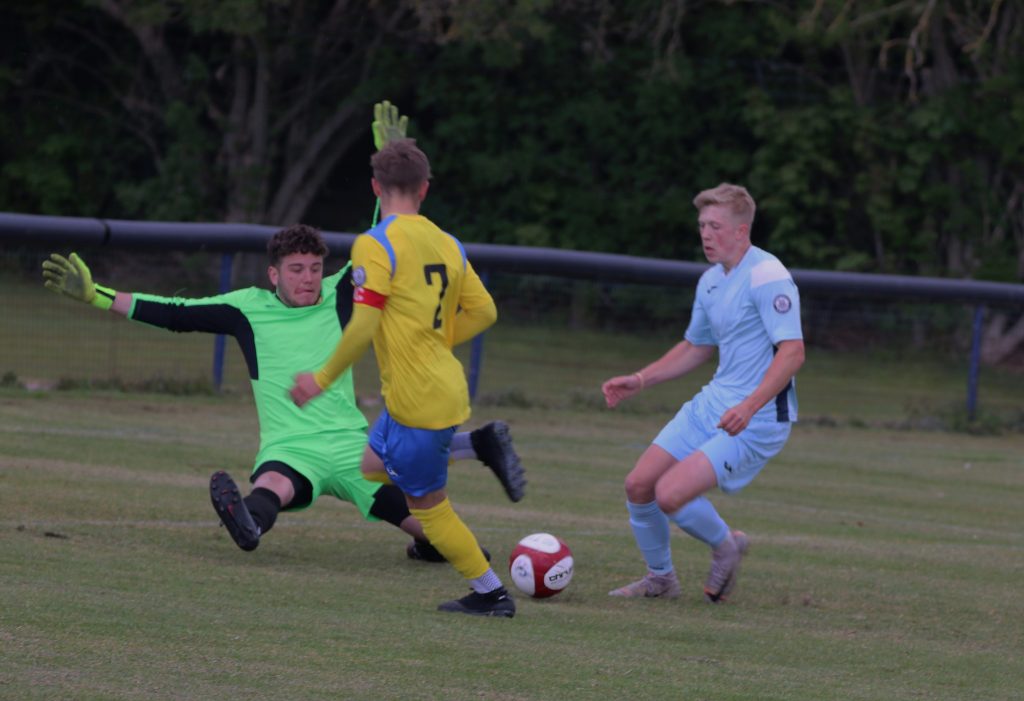 Mickleover Academy Reds dominated their visit to Carlton Town and were on the attack from the first whistle.

Only two minutes in and Fin Barker was fouled on the edge of the box, before they went even closer when Barker donutted a Carlton defender, before a challenging ball got through for Sam Pipes to go close, then Josh Satchwell put his attempt just over the bar.

It was only three minutes later that the goal account was opened, after Bobby Battisson was tripped just inside the box. Battisson successfully took the penalty, 1-0.

Satchwell was then on the attack, his through shot was blocked, but earned a corner, leading to a cracking shot, well saved, from George Atwal. 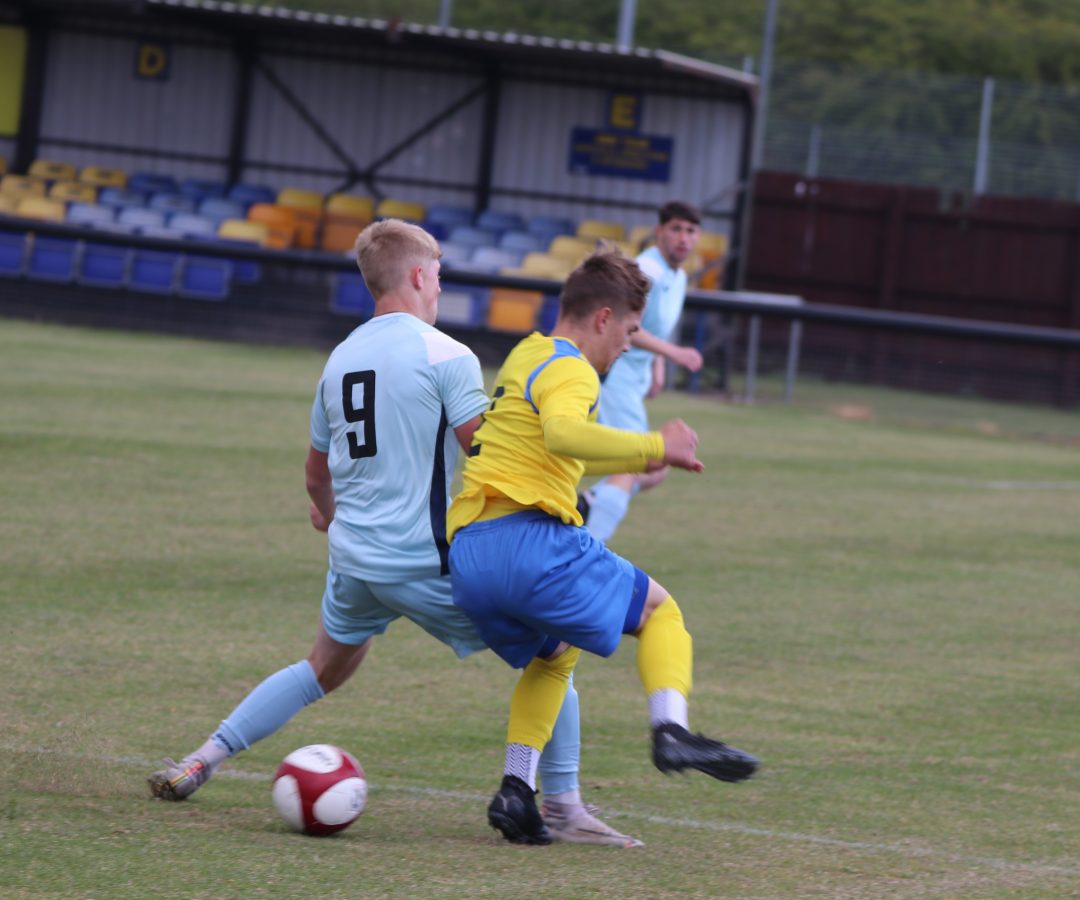 Relishing his return to the frontline, Satchwell broke free for another shot after 10 minutes, with Battisson picking up the rebound, which was saved, before Barker earned another corner.

With wing backs Jacob Edge-Lucas and Ben Lewin free to overlap at will and Pennington, Battisson and Atwal continually feeding the strike force, Satchwell put a telling ball into the area on 12 minutes, but no one collected.

It was continuous pressure on the Carlton goal, and Barker burst through yet again two minutes later. He was on the back line, turning it back to Atwal, whose shot was blocked, before Edge-Lucas fired just over.

The Carlton goalkeeper was left extremely exposed and after 18 minutes he charged out to intercept Satchwell, the ball ran loose but no one tried a chip towards the empty net.

20 minutes gone Barker was clear once more, forcing an excellent save from the Carlton keeper. Then it was Battisson’s turn to press, sending Barker on another run. The keeper saved again, before Edge-Lucas headed over from the resulting corner.

It was inevitable there would be more goals and number two came after 26 minutes, when Satchwell’s progress allowed Lewin to float a perfectly timed cross to meet Barker’s head 2-0. 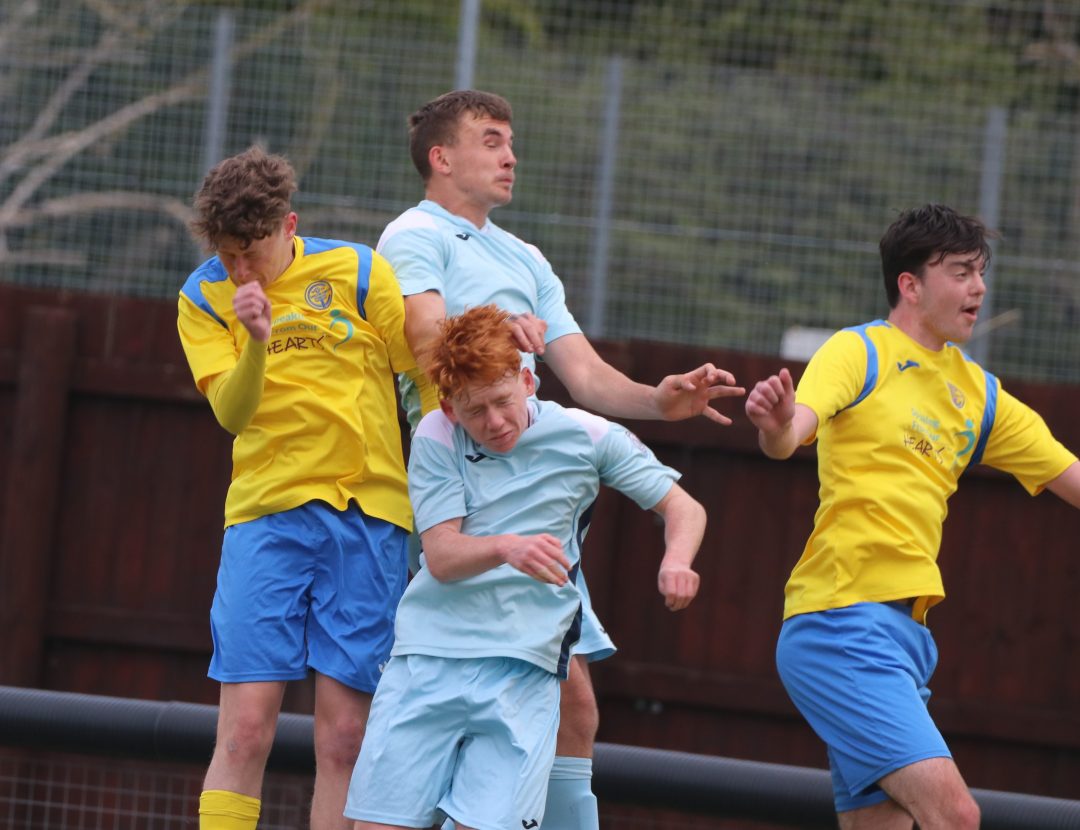 Barker and Satchwell combined again on the half hour after Pennington had taken control in midfield and then Will Robinson came charging from the back line, to set up Satchwell whose shot was saved.

With a minute left in the first half, the Carlton keeper came well out again, as the ball ran loose from a defensive mix up. He failed to connect and Barker not only collected it, but scored what should have been a third goal, until a late and dubious decision from the linesman gave it offside.

Right on time it finally was 3-0, when a quick and efficient build up took Battisson to the back line, which allowed Atwal to fire in a shot, but in the scramble to clear he collected the rebound and made no mistake at the second attempt.

There was no respite for the Carlton defence as Mickleover were straight onto the attack again in the second half.

Battisson found Barker, whose shot hit the bar, with Sam Pipes putting the rebound just over.

Carlton did have a weak attack after 49 minutes, but from interception it was straight to the other end as Atwal shot just wide.

For a brief moment the Mickleover had some work to do, but Cameron Anthony and Robinson were untroubled.

There was an appeal from Battisson for handball in the box in the 55th minute, but nine minutes later Carter made it 4-0, when a cross from the left appeared to go in off his back! 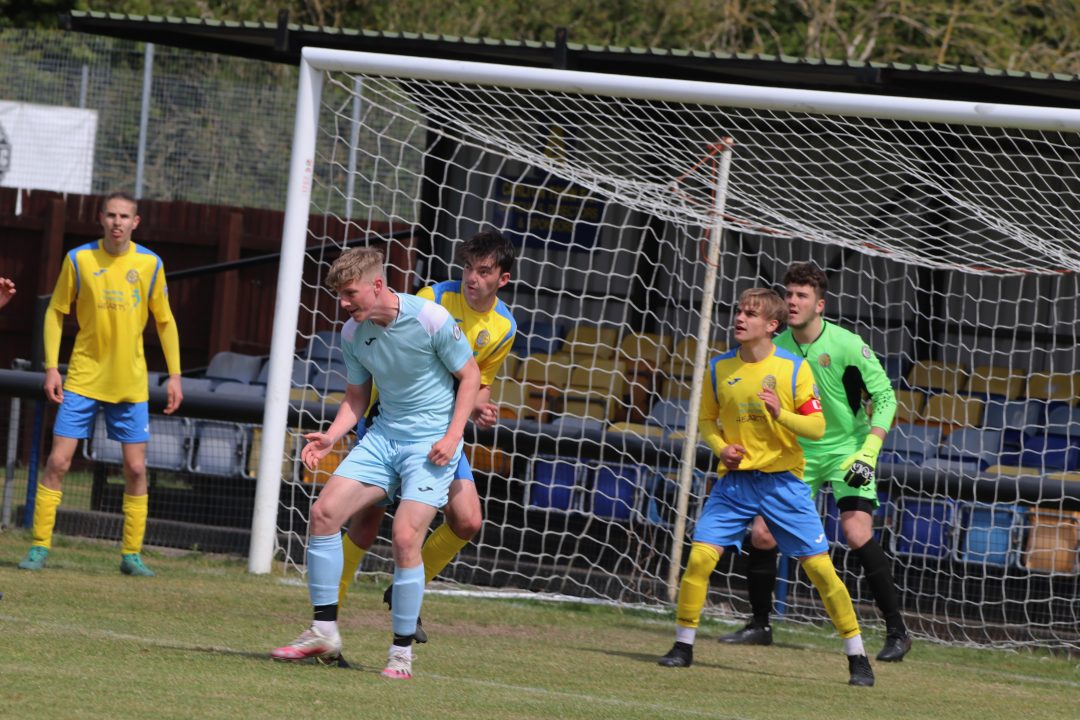 Ted Stevenson had joined Carter as second half subs, and was keen to push forward too. But it was a Pennington cross then gave Carter a chance, shooting just over.

Carter had another lob onto the top of the net, before Stevenson had an attempt saved and Satchwell tried his luck too.

72 minutes and it was 5-0 and Battisson’s second from the edge of the box, with the keeper well beaten.

Carlton still kept trying to break out and succeeded in the 74th minute when Tom Smith was forced into a diving save.

Kai Moore and Kyran Ward came on too, but Smith got a knock with 20 minutes left. A few minutes later Carlton pulled one back 5-1, but Stevenson, Carter and Battisson all went close again in the closing minutes, before the final whistle went and another fine win was sealed.