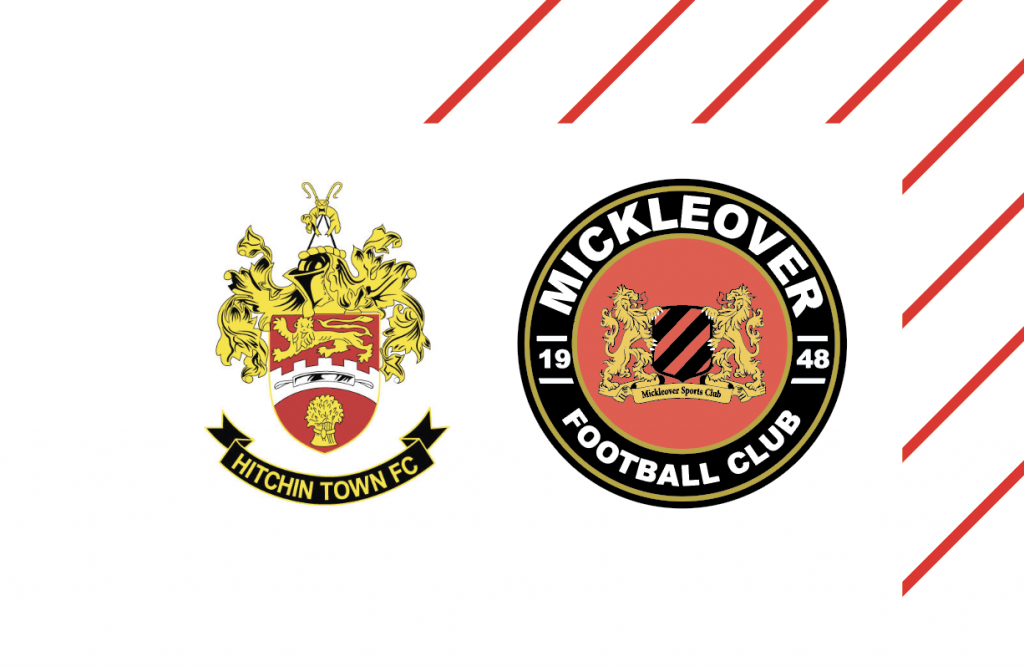 It’s been a month since the last NPL match that took Mickleover to the top of the league, but on Tuesday the team are finally back in action with their away FA Trophy cup tie at Southern Premier Division Central Club Hitchin Town.

The Canaries are currently 10th in the league, with three wins from their seven games. They too have been recently out action, but played Colchester Under 23’s last Thursday, drawing 2-2 after leading 2-0.

With League games suspended again, they also played local neighbours Harefield on Saturday morning too, wining 5-1, with two goals from Callum Stead and one each for Steve Cawley, Luke Brown and Ptrtick Ziddane.

They have a fairly large squad, so we will take a brief look at what we are up against.

He was signed from Wycombe in November 2014, making 87 appearances in what was initially a loan deal. After two seasons he went to Eastbourne Borough, but after one year moved on to Hastings United in late 2017, returning to Hitchin for the 2019/20 season, and is Mark Burke’s first choice this season.

Second choice keeper is Josh Mollison, who had impressed in Hitchin’s FA Youth Cup campaign of 2017/18, before spending most of last season on loan at Biggleswade United and Barton Rovers.

Kyle Tearle is a versatile 17-year-old from the Club’s Academy, who initially broke into the first team towards the end of the 2019/20 season and could feature more regularly this campaign. Mainly played as a right back but can also play in central midfield.

An experienced left back or left sided centre back, Ben Walster initially joined the Canaries from MK Dons in 2014, making 35 appearances in his first season.

After three seasons he left for Chesham United and also had spells at Biggleswade United and Cambridge City before returning to Hitchin Town in the summer of 2019.

Central midfielder Josh Coldicott-Stevens began his career with Hertfordshire rivals Boreham Wood in 2016, before going on loan to St. Neots Town and Kings Langley in the 2016/17 season.

His stay at Kings Langley became permanent and he spent two seasons there before signing for the Canaries mid-way through the 2019/20 season.

Hitchin captain Dan Webb is an experienced centre back in his ninth season at Hitchin heading for his 400th appearance for the Club.

Fan favourite “Webby”  joined Hitchin Town in 2012 after being spotted playing for Shefford and Campton FC and has gone on to score 31 goals from centre back.

Right back Sam Okoye-Ahaneku  came from Wingate & Finchley in October. The former Arsenal schoolboy impressed straight away on his Hitchin debut against Leiston.

Alex Marsh is an attacking midfielder or right winger who spent four seasons playing for Biggleswade FC before signing for Hitchin Town at the start of the 2019/20 season. He scored 32 goals in the 2018/19 season for Biggleswade.

Laurie Marsh is Alex’s twin brother and is a right sided defensive midfielder or centre back. He arrived from Biggleswade too after four seasons there, making a total of 105 appearances across all competitions, scoring 17 goals.

Nikolay Rusev is a central midfielder who can also play as a right-back. He played for the Under 18’s in the FA Youth Cup before breaking into the first team in pre-season.

Jhai Dhillon progressed through Chelsea’s youth ranks as a left back, after his journey in football began winning Chelsea’s Asian Soccer Star competition back in 2009. He left the Blues at 16 before captaining Stevenage at both Under-16 and Under-18 level.

He had a couple of seasons at Hitchin but struggled to break into the first team, moving on to Royston Town, Barton Rovers, Slough Town, Redditch United and Chesham United. He came back at Top Field for a second spell last year, playing mostly as a left winger as well as filling in at left back.

Midfielder Max Ryan was a Watford Academy player until 2018. He moved onto to Kings Langley for a spell, before arriving at Hitchin in January last year.

In his fourth season at the club Jack Green is a full back or wide midfielder, who started out at St. Albans City in 2014, making 38 appearances for the National League side. He came to Hitchin after a year at Dunstable Town.

Striker Callum Stead was signed from Welwyn Garden City after scoring 11 goals last season, including a goal and four assist in Welwyn’s 5-0 win against the Canaries in the Southern League Cup. He has already made an impressive start to life at Top Field, regularly finding the back of the net.

Luke Brown is the son of former Canary Stuart Brown, who played at Top Field in the Early 1990’s. Starting as a Cambridge City junior, he went to play University football in the USA where he represented the University of Maryland.

The attacking midfielder or striker returned to England in late 2019, playing for Soham Town Rangers and Ely City. He top-scored in pre-season and will take on a shot from anywhere.

Striker, midfield or winger, Marcus Goldbourne was a junior at Stevenage, but was released in 2019 after a loan at Dunstable.

He tried his look in Sweden with Ytterhogdal, before returning to the UK to sign for Hitchin in July.

Patrick Ziddane Gourgel Sequeira started out in the Sporting Lisbon Academy. He is a striker with an excellent technique and not afraid to take a pot on goal, having scored on his debut in a friendly against Harpenden.

Full back Daniel Akubuine is an experienced right back, and after starting off at Kettering, he had spells at Nuneaton, Oxford City and Hayes & Yeading, before spending over two years with Skelleftea in Sweden. He returned to the UK in 2018, spending a year each at Kempston Rovers and Berkhamsted. He signed for Hemel in July came to Hitchin on a dual registration in October.

An out-and-out left-back Layne Eadie began at Biggleswade United, and had spells with Barton Rovers, Leighton Town and St. Neots Town. He was signed from St Albans last season and also had four years at Harlow and a spell at Wingate & Finchley.

Lewis Barker started out with Baldock Town, making over 200 appearances in his six seasons there. A strong, no-nonsense defensive midfielder who rarely loses an aerial battle. He was signed at the start of the 2019/20 season and is a regular in the centre of midfield.

Rio Da Silva is a right back, winger or attacking midfielder who started out at the Luton Town Academy before spending four years at Chelsea. Following his release he spent a year at Dunstable Town before joining Hitchin in July last year.

A young central midfielder, Ryan Smith started off at Northampton Town as an 18-year-old first year scholar in July 2018. He came to Hitchin on a work experience loan deal in February 2020 and has rejoined following his release from the Cobblers.

Steve Cawley joined the Canaries on loan from Hemel Hempstead Town last season after spells playing for Bishop’s Stortford and Concord Rangers, where he spent five years, before making his stay permanent for this season. He has made over 250 career appearances scoring over 100 goals.

Our hosts have also recently signed defender Harley Sule after a recent trial. He is better known as part of the Rizzle Kicks, who had chart topping success back in 2011.