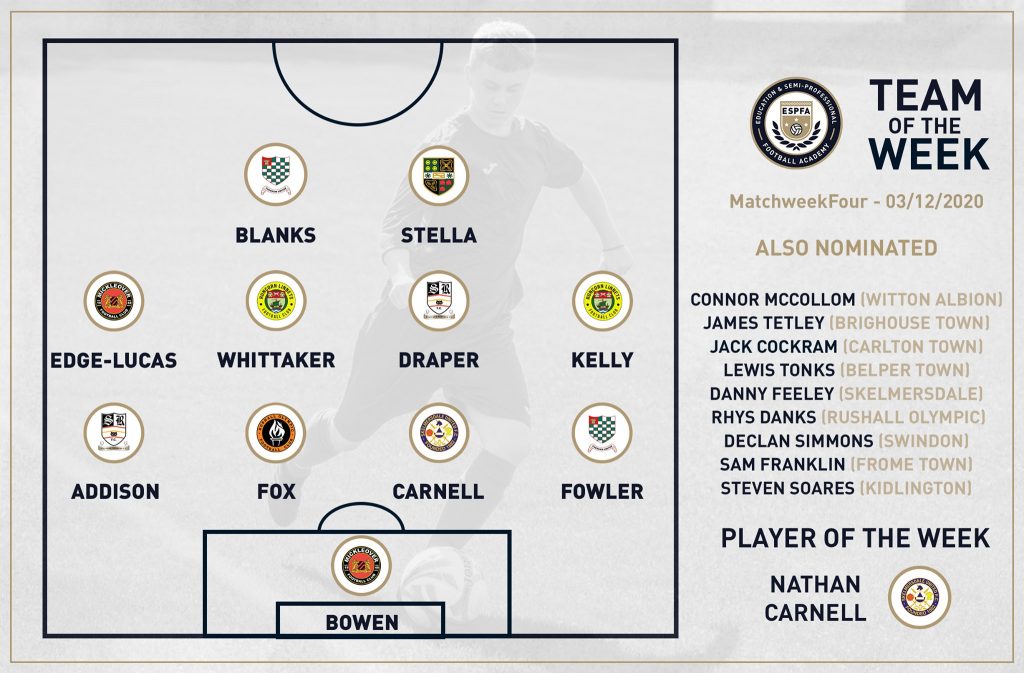 It’s congratulations to two of Mickleover FC Academy players, after they have named in the ESPFA team of the week.

First year goalkeeper Fin Bowen is acknowledged after a sterling performance in the way defeat to Rushall Olympic, while Jacob Edge-Lucas is nominated after his two goal contribution for the Reds in the 6-0 home win against Carlton.