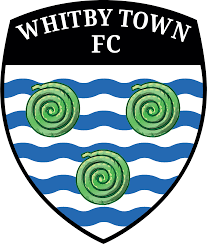 Mickleover Sports are looking to finish the Month of March on a high after only picking up one point in the month so far. That was after two home defeats, a postponement and the point away to Matlock last weekend. With the injection of some new faces over the last few days (still more TBC), John McGrath is going all out to try and make the great escape with only seven games to go. With North Ferriby’s record now be having been wiped off Sports are back on 30 points, three behind Bamber Bridge and about seven behind Grantham Town. With a game in hand over Bridge and with Sports making the trip to the side from Preston on the last day of the season, its looking like it will go right down to the wire. But three points are simply a must this weekend.

LAST TIME OUT
Whitby were defeated in their last match last weekend as they went down 1-0 at home to Workington. A 60th minute goal from Connor Tinnion proved decisive that’s how the game finished. Sports come into the game after a 1-1 on Derby Day away to Matlock Town, with Mason Warren equalising for Sports in the 72nd minute.

GOING TO THE GAME?
The game is a 3pm Kick Off at the Don Amott Arena on Station Road, Mickleover, DE3 9FB with Admission Prices set at £10 Adults and £7 Concessions. Don’t forget that all kids are FREE for every game in March! Burton Albion Season Ticket Holders are being encouraged to come along to support their local non league side with reduced admission of £7 on production of their club’s season ticket at the turnstile. The bar and snack van will be open as usual serving hot and cold drinks and food before during and after the match. Your new look Sports Report Match day Programme will also be on sale at the turnstile for only £2! This features the thoughts of Chairman Don Amott and Manager John McGrath plus all your usual content.