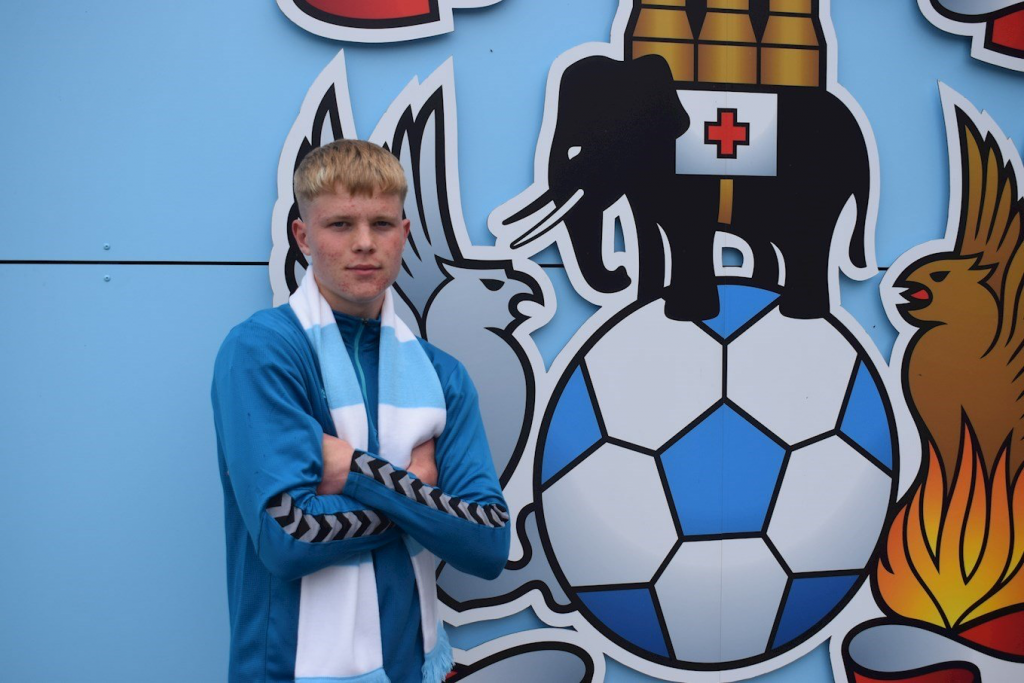 Coventry City are pleased to announce the signing of defender Jay McGrath from Mickleover FC.

The 17-year-old centre-back joins on a two-year-deal from the Northern Premier Division side and will link-up with the Sky Blues Development side.

Jay is predominantly a left-footed centre-half, who has also been deployed as a left-back during his career to date.

The youngster is the son of former Burton Albion midfielder, John McGrath, who is also the current manager of Mickleover.

Jay made his breakthrough season last year for Mickleover, making several appearances throughout the course of the campaign.

Upon the completion of the deal, Under-23s Head Coach, Luke Tisdale had this to say:

We’re delighted to welcome Jay into the group. He came on trial with us last season from Mickleover and stood out, so it’s great that we have brought him back in.

Jay’s a second year scholar and will spend his time with us in the 23s, but also will be available for the under-18s.

He’s good in the air and a talented young lad and he joins us with the unique experience of playing men’s football at such a young age and that can only help the lads here.

Jay McGrath then expressed his delight at completing his move:

I’m delighted to be here and I’m looking forward to getting started at such a big club with a great fan base.

I’m a left footed defender so I can play left-back or centre-back and I’m aggresive and I like to win my headers, tackles and battles, but also I like to play football and I’m here to work hard and get the best out of my time here.

I can’t wait to get going, hopefully I can push on and make some good progress this year to help my development.