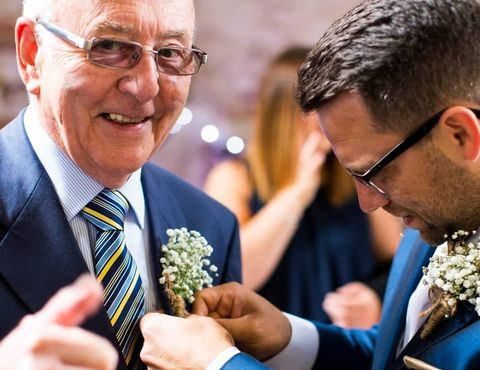 Last week Mickleover FC lost one of their loyalist supports, when John Cawey (JC) passed away at the age of 81.

A former Mickleover resident too, John was a regular on the touchline at first team games, as well as supporting his Great Grandson Jack Griffiths in the Academy, Youth Cup games and reserves.

Apart from a short spell at Burton Albion’s Academy, Jack has been at Mickleover from the age of seven and my Grandad rarely missed any of his matches, travelling miles up and down the county

He always followed Mickleover’s first team and would regularly go to the matches. Jack joined Mickleover when he was seven under Andy Neald and Phil Elliott. Mike Hickson then took over the team and got him into the Burton Academy. After 18 months he returned to Mickleover and completed his two year scholarship, under Pablo Mills for the first year and John McGrath for the second.

My Grandad would have been present at nearly all of the matches Jack ever played and just loved taking him to the games. He was always very proud to tell people about him being at Mickleover Sports and it was Jack playing for Mickleover that cemented the strong relationship between him and his Great Grandson! He attended as many first team games as he could and would always keep us updated about how they were doing too.

Everyone at the club offer their sincerest condolences to Amy, Jack and the rest of the family and friends.