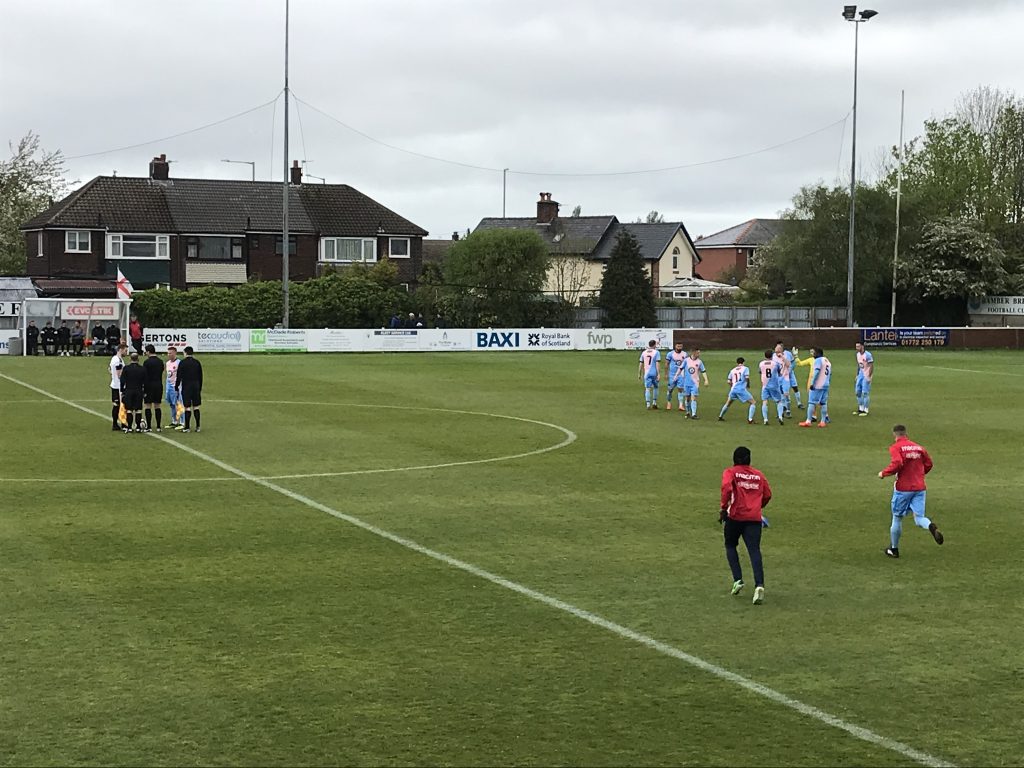 This is our first memorable match story from Dave Kelsey, and we look forward to hearing from more of you.

I am a volunteer at Mickleover FC and have been involved with the Club since 2014.My duties as a volunteer have covered just about everything from helping with hospitality through to assisting in the Car Park, helping with the programme and running the turnstile. I have been a Non-League fan for many years and really enjoy the camaraderie that exists at this level of football. The matchday experience is first class and Mickleover FC is a great place to enjoy your football.

My favourite matchday memory comes from 2019 and was the final game of the season. It had been a tough campaign with Sports battling for most of the season to avoid relegation from the Northern Premier League. With two of the three relegation places already decided (North Ferriby had unfortunately folded and Workington had two few points) it was a straight fight between Mickleover Sports and Marine to avoid the dreaded drop. The situation was pretty stark – Marine had to lose their game at Farsley Celtic and Sports had to win away at Bamber Bridge.

So, onto the day of the match. The Chairman had arranged for the players and management to travel on a luxury coach to help with preparation for the game. A good number of supporters joined them with another minibus (not so luxurious) carrying the rest of the Sports faithful.

It was a bleak rainy day in Lancashire that greeted us when we arrived at the Brigg, home of Bamber Bridge. Whilst the players prepared for the game the travelling support prepared by quaffing ale in various local hostelries – much needed to calm the nerves of course!

Finally, 3.00PM arrived and what happened over the next couple of hours will live in the memory for many years. Bamber Bridge started the brighter of the two teams and Sports were struggling to get a foothold in the game.

However, as the half went on the game became more even with few chances for either team to make a breakthrough. The game was approaching half time when news came through that Marine had just gone 1-0 down at Farsley which brought a cheer among the Sports supporters.

The first part of the great escape was happening but the fact of the matter was that Sports still needed to win their own game to survive. In the 42nd minute disaster struck! Bamber Bridge had a dangerous free kick which was floated into the box. The Sports keeper Lewis King came out to punch the ball clear but Danny Forbes got in just before him to place his header into the bottom corner – 1-0 to Bamber Bridge. The referee blew for half time and the reality was starting to sink in – Sports were on the brink of relegation.

Manager John McGrath must have given some team talk at Half Time as Sports started the second half really positively. In addition, John had made a substitution at the break bringing on forward Shaquille McDonald – what an inspired substitution this would prove to be! The game ebbed and flowed with Sports having slightly the upper hand. We were now nearly half an hour into the second half and the scores remained the same in both games. Then Jake Scott dribbled into the box and was brought down by a defender – penalty to Sports! Up stepped substitute McDonald to take the spot kick and with no fear blasted the ball down the middle of the goal. Joy (and relief) among the travelling supporters was greeted with further good news – Marine were now 2-0 down so one more goal could do the miracle for Sports.

There was now just 5 minutes to go and hope was turning towards despair as the scores remained the same. With just a few minutes of the season left we were going down! But then up stepped that man McDonald again. Sports won a free kick just outside the box. Shaquille whipped in a shot that the keeper could only parry and the ball went straight to Evan Garnett who from a very tight angle stuck the ball in the bottom corner. The Sports supporters went wild celebrating the goal – the great escape was now on!

We reached the 90 minute mark and then played nearly 5 minutes of injury time during which Bamber Bridge went close on a couple of occasions. Finally, after what felt like hours the Referee blew the final whistle! Mickleover Sports had beaten the drop. The scenes were fantastic – players and managers were in a heap on the pitch and the supporters were dancing with joy! I remember texting family members to give them the great news when a Facebook notification came through from Mickleover Sports. It simply said ‘WE’VE DONE IT!’ That’s when it became very emotional!

Having watched football for nearly 50 years I can honestly say that I have never experienced anything like this. It will always be my favourite footballing moment.