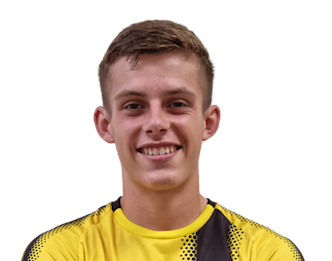 After scoring late on against Stafford Rangers on Tuesday night, loanee midfielder Ben Radcliffe is looking ahead to Saturday as we face Morpeth Town at the Don Amott Arena.

Despite scoring, Radcliffe was disappointed not to come away with three points.

It was a tough game to be fair,

I think we deserved the draw. Obviously, getting the goal was nice, my second one for Mickleover, but I was disappointed not to get all three points, to be honest. I feel like it’s a game we could have won, but it’s nice to get a goal.

After a training session on Thursday night in preparation for Saturday, Radcliffe described the training as “competitive”.

It’s been good every second to be fair, we’re flying. We are doing lots of bits for Saturday, hopefully going in with confidence off the back of Tuesday and hopefully, we will put in another good performance.

The 18-year-old is confident of getting back to winning ways on Saturday though, saying that previous performances they have shown this season show that the team can beat anyone in this division on their day.

You’ve seen it with the South Shields game, Scarborough as well which was a good performance, and I would say with Stafford as well. We’ve put good performances in against good teams, we are a good footballing team. I feel like we shouldn’t be where we should be, we should be higher up the league, but we will just go in and play our best game.