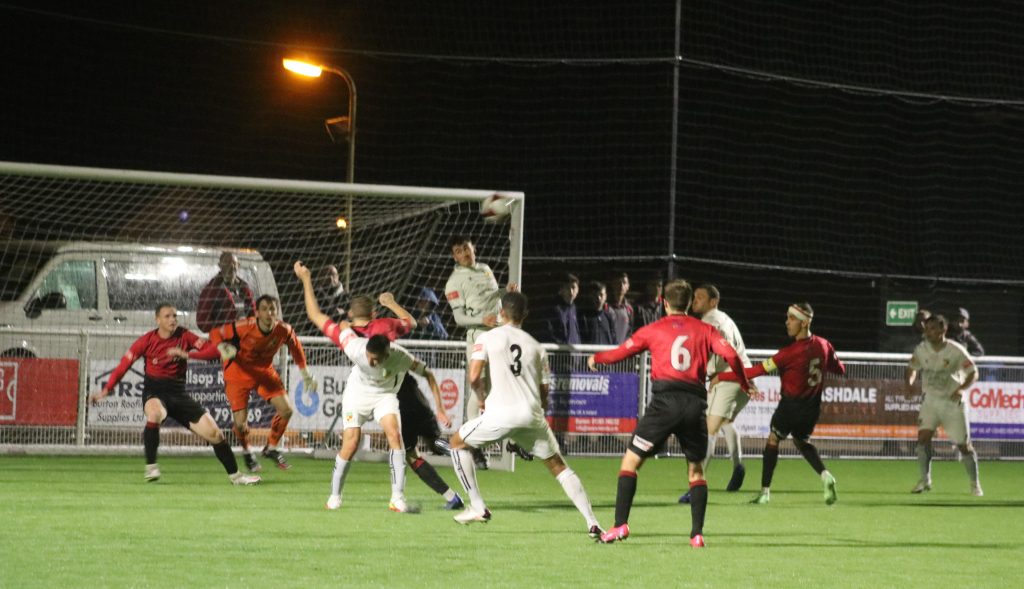 The days rain finally came to an end as the teams lined up for kick off, but a fairly scrappy  90 minutes failed to provide any real positivity from either side. 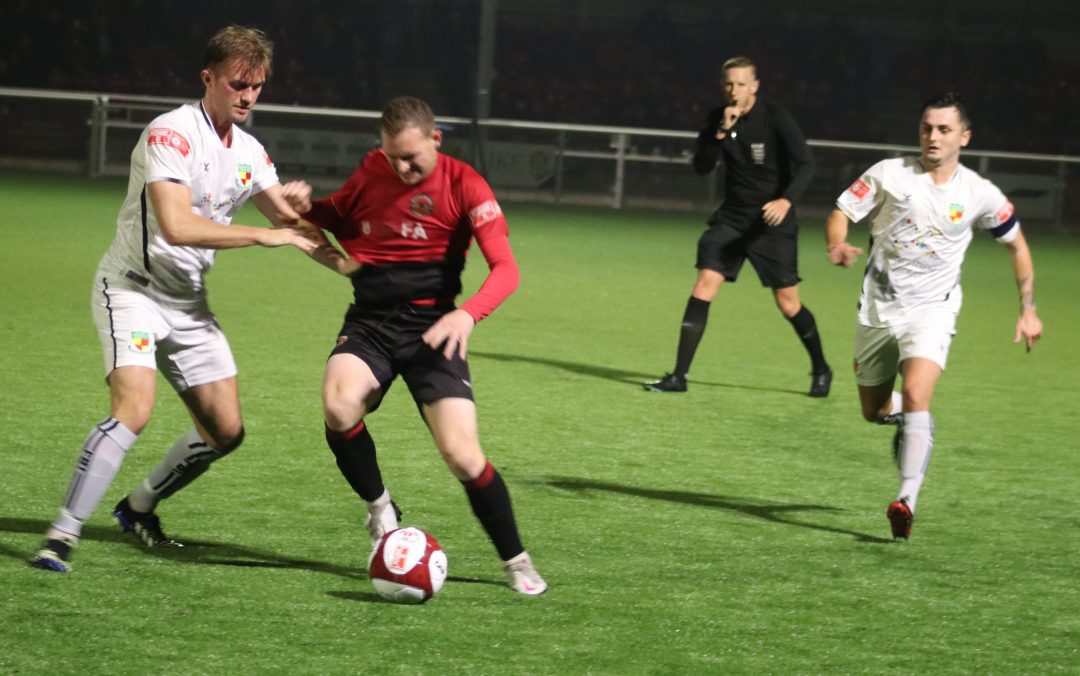 After some end to end play for the first 10 minutes, Bennett’s overlap provided Battisson with a first attempt on goal.

It continued to be a fairly scrappy game, with both teams giving the ball away at regular intervals.

Bennett had another good run after 15 minutes, but tried to take it too far and lost possession. Two minutes later Sports had what was to be rare chance, when Lewin had found Dales, whose cross set up a Beavon header, tipped out for a corner by Nantwich keeper Terry.

From Agustien’s resulting corner Bateman stretched and  put the ball just wide of the post, with a certain amount of panic in the Nantwich box.

20 minutes in and Mickleover started to put more pressure on the Nantwich defence, but a promising move between Agustien and Battisson broke down.

Lewin put a challenging cross right into the middle of the visitors box, it was blocked by Ben Harrison though, as Bennett was about to connect. 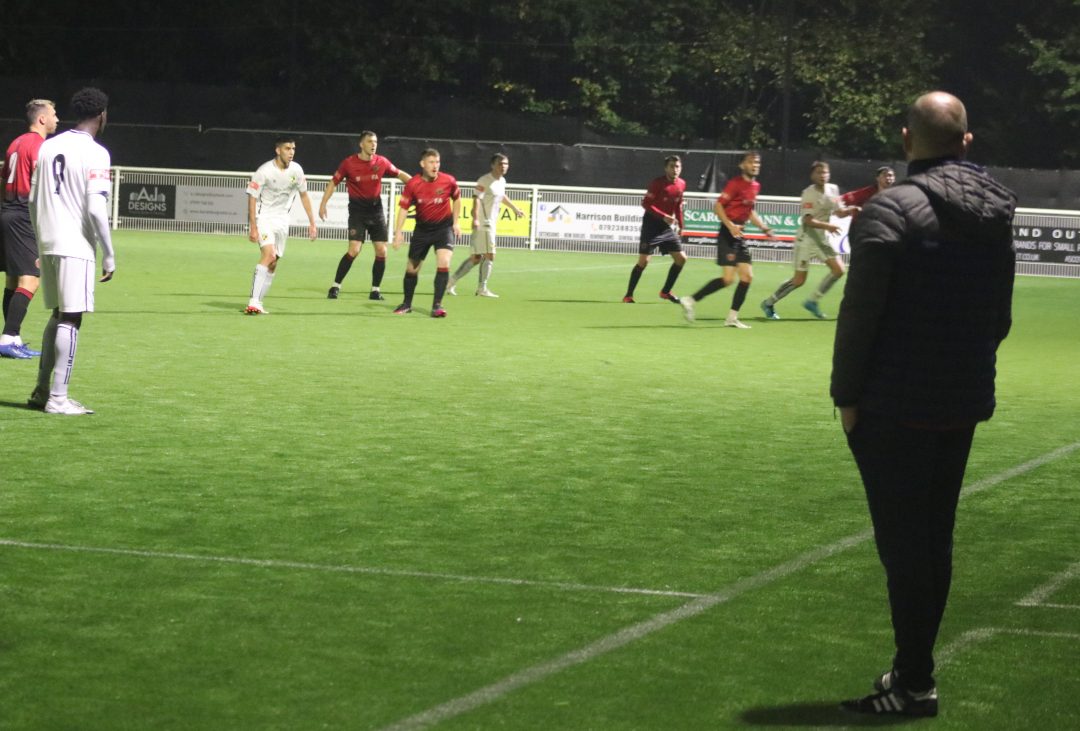 Agustien’s trickery then got another ball through, with Bacon almost on the receiving end. A minute later Agustien tried himself, but his effort was well off target.

Dales had had little opportunity to show his pace, but on the half hour his run ended when he was fouled just outside the box. The free kick was blocked and it triggered a dangerous break for Nantwich, which ended with Casper Hughes firing his shot straight at Hawkins.

As Mickleover went on the attack again, Battisson worked his way through, but his final pass came to nought with Bacon flagged offside.

Sean Cooke then fired a shot well over Hawkins’ bar, after a promising build up by the visitors.

Bateman had shown good distribution from defence and after 39 minutes decided to go it alone, with a long run into the opponents box. Dales picked it up but couldn’t find the space to get a shot in.

Nantwich then had a free kick, which Cooke yet again sent straight at Hawkins.

As half time beckoned Mickleover had their second real chance of the game, when Dales was clear on the right. His cross was perfection and right at Bacon’s feet, but keeper Terry was quick off his line and took the ball from the strikers feet. 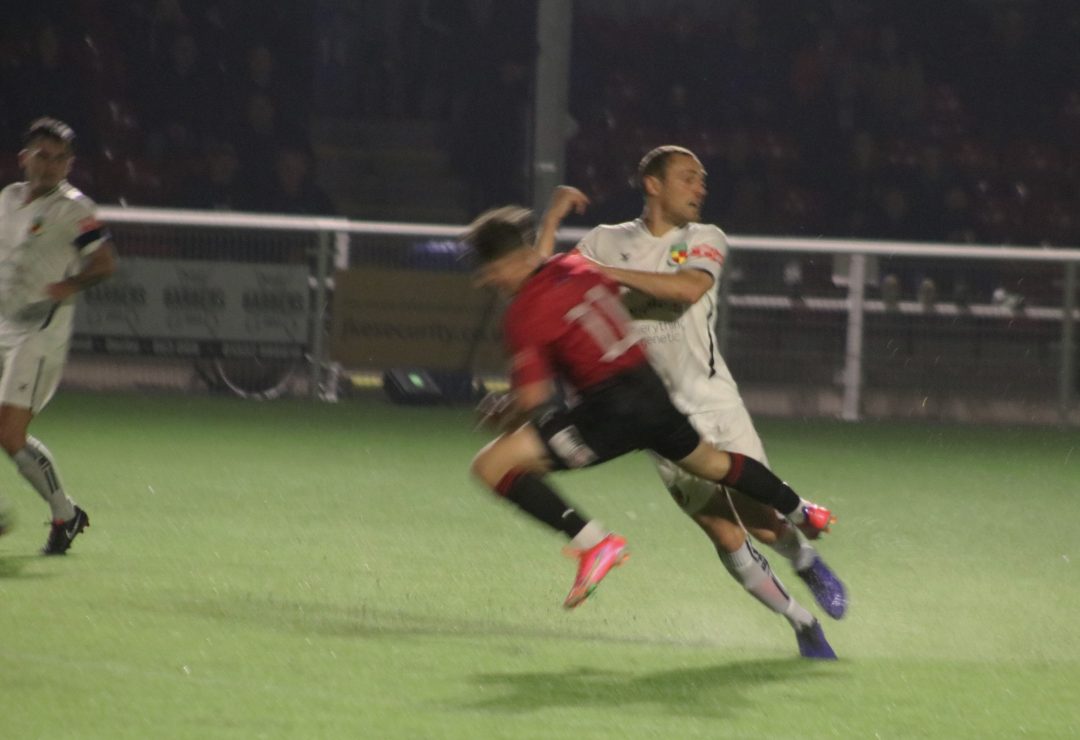 There were no immediate changes from either side as the second half got underway and disappointingly it started to follow a similar pattern to the first half.

Theo Stair put in an early weak shot straight at Hawkins, but then a defensive mix up could have spelled disaster for Mickleover.

Lewin’s pass failed to carry on the wet surface and Lawrie almost intercepted as Hawkins raced off his line.

Only a minute later Dales earned another corner and the resulting cross just missed bandaged Butler’s head, as  the end to end play continued.

56 minutes and Nantwich had a dangerous cross, but a foul earned Sports a free kick.

Nantwich were looking for the breaks at every opportunity and it was only their lack of finishing that stopped them taking the lead.

Mickleover showed a glimpse of their normal style on the hour, when an all round team attack allowed Battisson to let go from well outside the area. It was on target but held by the keeper. 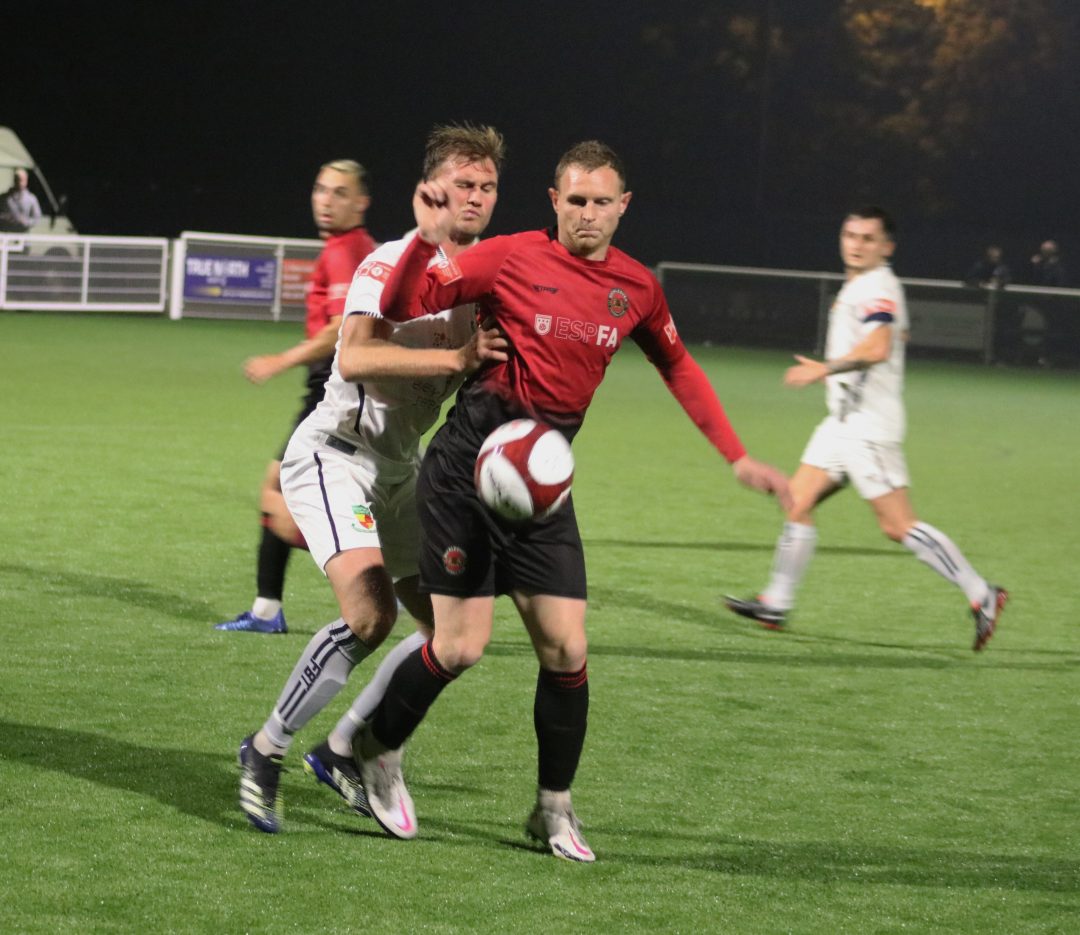 Bacon then had a shot saved by the keeper after a Bennett cross as the deadlock continued.

Nantwich had a shot well off target after 69 minutes, before Cooke sent a free kick way over the bar for the visitors too.

Mickleover made the first change when Wright came on for Agustien, but further attempts for Nantwich went high or wide of the target.

Battisson went on another long run after a 77th minute corner for Nantwich broke down. He found Bacon in the middle but the keeper came off best again.

There were more wasted opportunities for the visitors, but Mickleover opted to swap Satchwell for Bacon for the last eight minutes. 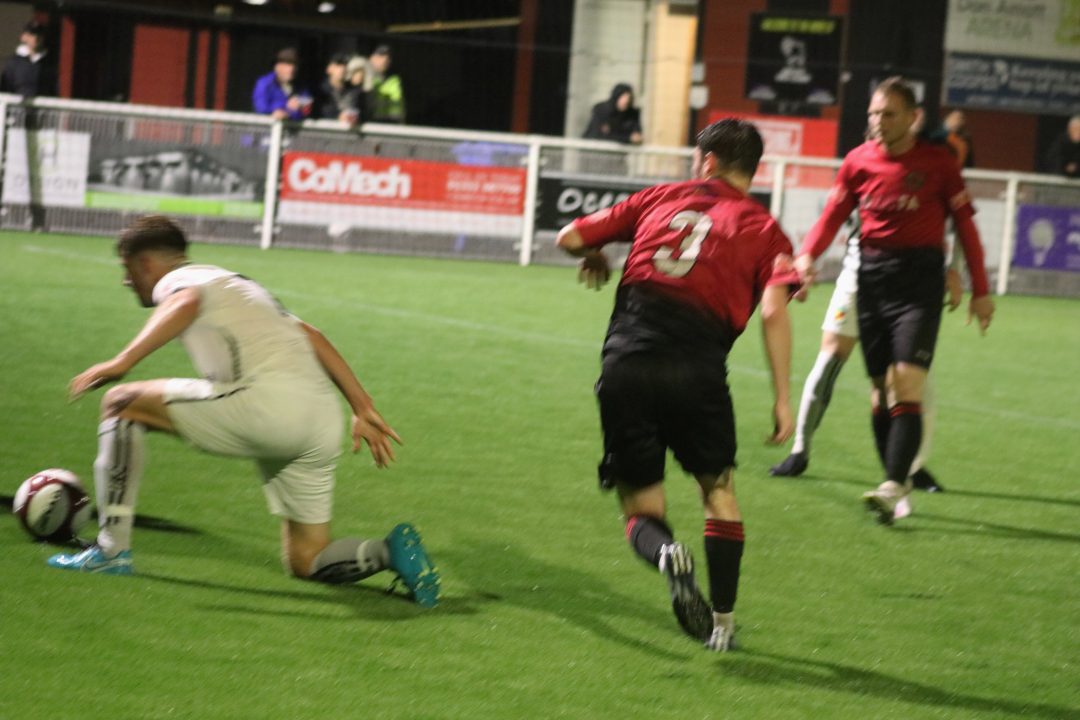 Sports pushed forward again in the closing minutes and both Dales and Satchwell were manhandled earning a late free kick.

Into time added on and Beavon found Dales on the left, but his cross fell just short of Satchwell in the middle and it was game over at 0-0.