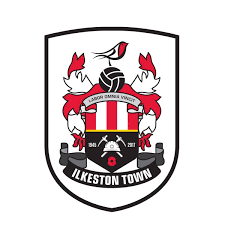 The local rivalry will peak tomorrow, when Mickleover travel to Ilkeston Town.

Former Aston Villa, Stoke, Peterborough, Southend and Scunthorpe striker Martin Carruthers has been in charge since 2019, having spent a couple of years on the playing staff too.

Former Derby County and Burton goalkeeper Saul Deeney came to the club from Coalville in March. He is now 39 years old and a former Republic of Ireland Under 21 International.

Right back Kalern Thomas was another one of the many pre-season signings, arriving from Coalville, having also played for Quorn, Loughborough, Corby, Boston Utd, Solihull Moors, Halesowen, Kettering and Kings Lynn.

Ben O’Hanlon is a former Wolves Junior. A left back he has been at Corby, Harrogate, Darlington and Hednesford, before coming from Stourbridge last month.

Midfielder Alex Troke was a Notts County youth player. He was at Eastwood, Grantham, Carlton and Coalville and came to Ilkeston from Bedworth in July 2020.

Centre back Liam Daley is another new arrival. He started out at Evesham and has played for a host of clubs, including Solihull Moors and Barnet, finally coming to Ilkeston from Kettering.

Skipper Kieran Fenton is a former England Under 19 International, who started his career with Nottingham Forest. He was loaned to Tamworth before joining Worksop, moving on to join Coalville, before signing for Ilkeston from Quorn in November 2019.

Jamie Ward is another well known player, who was signed from Buxton in the summer. The Northern Ireland international has over 400 league appearances under his belt scoring over 100 goals.

Apart from his time at Derby, Burton and Forest, he has played for Sheffield Utd, Charlton, Cardiff, Scunthorpe among other teams.

Midfielder Jack Thomas came from Tamworth in March. He was a Mansfield junior and has played for Hednesford, Boston Utd and Basford. It’s his second spell at the club, having left in July last year.

Striker Zak Goodson is a former Derby Academy player, who joined the club in May 2020, from Basford. He played for Newark Flowserve and Long Eaton too.

Montel Gibson is another striker, signed from Stourbridge in January. His career started at Notts County and during his many moves was at Ilkeston in 2017/18 before moving to Redditch. He played 28 times for Notts first team scoring three goals.

Midfielder Charlie Wakefield came from Buxton in July last year, having previously been a junior at Chesterfield.

Former England C midfielder and Aston Villa youth player Dan Bradley has been with our hosts since March. Tamworth, Kidderminster, Alfreton, Barnet, Fylde and Nuneaton all feature on his cv, while he spent last season back at Tamworth.

Declan Thompson is a new arrival from Sheffield Wednesday. The young right back also had a spell at Stocksbridge.

Ollie Brown-Hill is another striker, who came from Stamford in July 2020. He had started at Stamford too, before moving on via Corby and Rushden & Diamonds.

Centre back Marshall Willock was another pre-season signing from Stamford. He was a junior as Solihull, Walsall and Chesterfield, having also played for Redditch, Peterborough Sports, Grantham and Kemi City in Finland. He has played for RC Warwick and Stourbridge too, since returning to the UK.

Midfielder Jared Bird was at Derby and Barnsley, and was loaned to Yeovil before joining Ilkeston in October last year.

Striker Chris O’Grady is another vastly experienced player, having played well over 500 league games and scoring 110 goals. A Leicester City Academy player he joined Ilkeston in May, having been out of the game since leaving Bolton in July 2020.

He’s played for Oldham, Chesterfield, Brighton, Burton, Nottingham Forest, Barnsley, and both Sheffield United and Wednesday to name but a few.

Centre back Ben Turner is yet another new signing from Buxton. He started out at Coventry and played over 300 league games, with the likes of Peterborough, Oldham, Cardiff, Burton, Mansfield and Notts County.

Billy Bennett is a defender or midfielder, who scores goals. He came back to the club in May 2020.

Kick off Ilkeston’s Manor Ground is at 3pm.