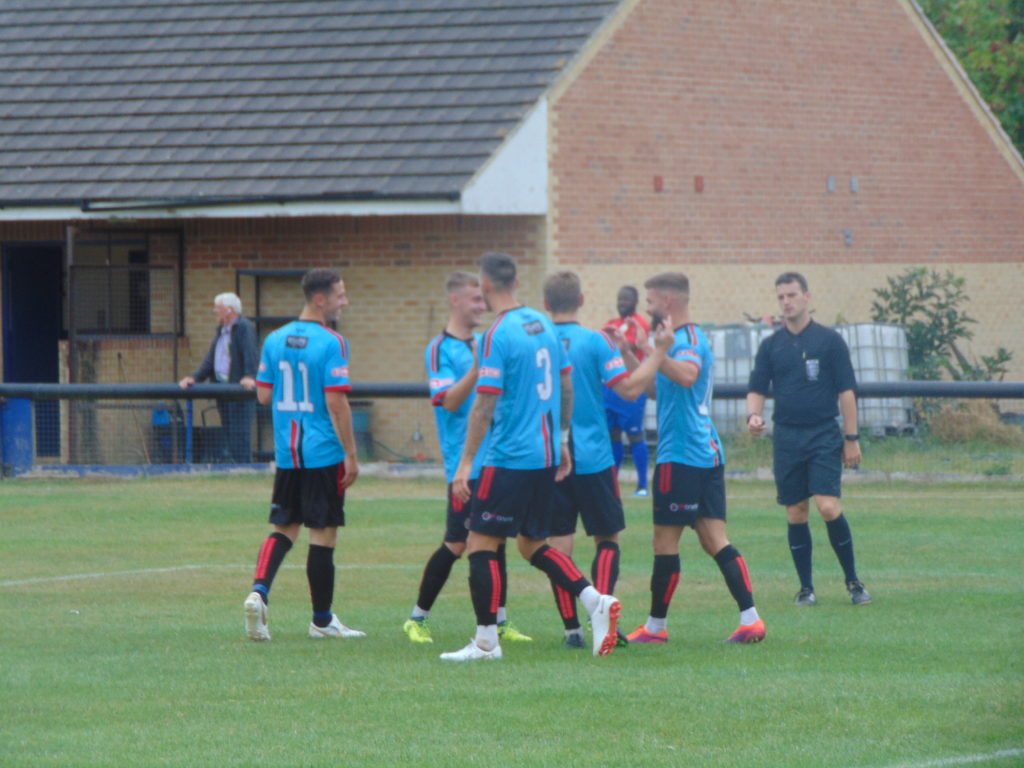 Sports have completed an unbeaten pre-season Programme by completing preparations for the league season with a 2-0 win away at Evo Stik Division One East Side Carlton Town. Two strikes from Jimmy Phillips and Evan Garnett either side of half side put the Millers to the sword and meant that after ten pre-season games Sports have won 9 and drew 1 ahead of another exciting Evo Stik Northern Premier League season starting at Bower Fold in a weeks’ time.

Nathan Jarman, Niall Doran and Kevin Grocott were absent with minor knocks today so it was a chance for some of Sports academy to impress. Lewis King started in goal with Curtis Burrows, Tom Burgin, Tyreece Robinson and Ben Turner at the back. Jake Scott, Jimmy Phillips, Oliver Roberts and Fin Davies started with boss John McGrath and Evan Garnett up front. On the bench were academy players Gordon, Parkin, Matthews and Fatubin.

It was Carlton who made the brighter start with two chances inside the first 15 minutes but both were saved by Lewis King in the Sports net. Sports then got more into the game as Finn Davies and Evan Garnett both got onto the end of efforts after great attacking moves they were creating. But it was on 26 minutes that the deadlock was broke and it was Jimmy Phillips who got it for Sports. A fantastic move between Roberts and Garnett fed the ball with pace across the box and there in the right place at the right time inside the 6 yard box to smash a low drive under the keeper and into the net.

An early change was made from Carlton before Oliver Roberts had a strike from outside the box saved by the keeper. An impressive Carlton free kick was caught well by King was a spell of pressure from the home side. Two chances ended the first half and they both went Sports way as Oliver Roberts and Jake Scott both had efforts at goal with one going wide and one going over the bar.

No changes as half time as Phillips had the first chance of the second half which was spilled by the keeper initially before pouncing on the ball just before Garnett could get to the rebound. Carlton then went up the other end and managed to get a cross in with a powerful header going over the bar. Then Sports got their second goal in the 52nd minute. A lovely through ball after a fantastic attacking move fed in striker who controlled the ball beautifully as he slide a delicate effort past the keeper and into the bottom right corner.
Carlton could have got a goal back soon after though but for the efforts of King as a powerful close range strike was palmed over the bar after very quick reactions from the Sports keeper and over for a corner. Next Curtis Burrows, who was playing at right back in this game, managed to drive into the box and had an effort deflected and into the keepers hands. Both sides then made changes with Sports brining on Gordon with Turner coming off.

The final chance of the game went to Carlton as the striker managed to turn the Sports defenders and fired an effort over the bar. Sports made a double change before the close of play with Davies and Garnett coming off for Parkin and Matthews. But there was no time for them to make a real impact as the referee blew for full time and brought an end to a very successful pre-season for Sports. But as we all know pre-season results mean nothing in the grand scheme of things as it is what counts on Saturday 18th August when Mickleover Sports kick off their season with a trip to Stalybridge Celtic at Bower Fold with a 3pm Kick Off.