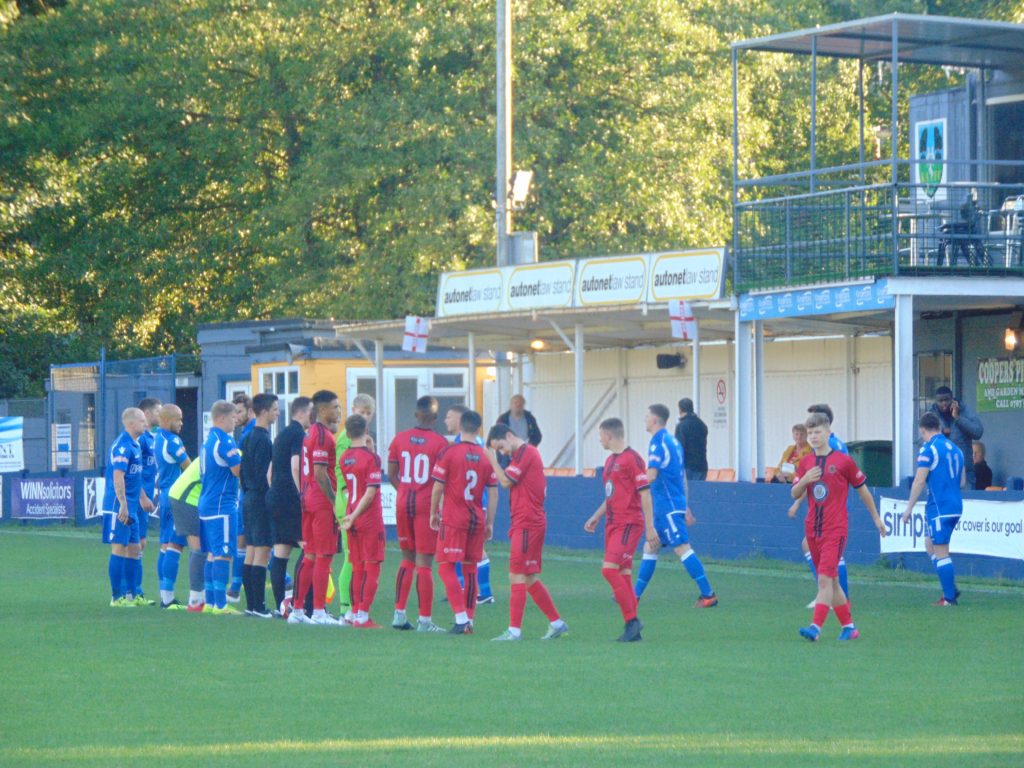 The unbeaten pre-season run continued on Friday night, but only just, as Sports got a late equaliser to come away with a draw in Staffordshire. Kidsgrove Athletic certainly gave John McGraths side a test as they defended extremely well with former Brewers team mate and Grove manager Ryan Austin at the heart of defense. After scoring a fortunate goal in the opening stages of the second half, Kidsgrove were reduced to ten men and this sparked Sports into life as they got their equaliser from Lewis Belgrave following up on a free kick that was saved by the keeper. One more friendly now remaining the start of the season cannot come soon enough for McGrath and his Sports side.

The first half was a pretty quiet affair with minimal chances for either side. An early spell of pressure from the hosts resulted in an effort going wide. Next one of the Trialists for Sports was ruled out for offside after striking in a rebound from an effort that came off the post. Then Jack Walsh cured an effort wide almost straight after on the next attack. Kidsgrove then a chance as the striker sent a half volley over the bar before the home side had to make an early change due to injury. That was about it for a very quiet first half period.
The second half definitely had a lot more going for it and within five minute Kidsgrove starting knocking on the door with two chances in a four minute period. A Kidsgrove goal was coming and that’s exactly what happened. The ball was floated into the box and as goalkeeper Harvey Adams was trying to get a glove to it he knocked it onto the bar and unfortunately there was the Kidsgrove striker to tap it from right on the line for first blood to Grove.

The home side then made a couple of changes as soon after Will Norcross had a chance but struck his effort over the bar. Trialist then sent a powerful effort into the arms of the Kidsgrove keeper but the turning point came moments later as Grove were reduced to ten men. Norcross was through on goal with only the keeper to beat just outside the box. The Kidsgrove right back hacked the young winger down and the referee had no hesitation in showing him a red card for denying a clear goal scoring opportunity. Maybe a little harsh in a pre-season game but rules are rules and the player walked. This is where Sports got their equaliser as the free kick was smashed under the wall it was very well saved by the keeper but only into the path of defender Lewis Belgrave who showed great composure and reactions to smash home the rebound into the left hand corner of the net.

Sports were definitely in the ascendancy now and had a few good chances to get a winner. The best of which came when Pablo Mills drove with the ball across most of the pitch shrugging off anyone who tried to challenge him and smacked a delicious effort like a rocket at the keeper who did very well to save it and get the ball away from danger. But the last chance of the game went to the hosts as a late substitute managed to get on the end of a cross that hit the bar but it was so close to a winner that would have been Sports first in pre-season. But it wasn’t to be as the game ended 1-1 which was probably a fair result all round. Sports now have one more game left away at Carlton Town on Saturday 11th August with a 3pm KO.