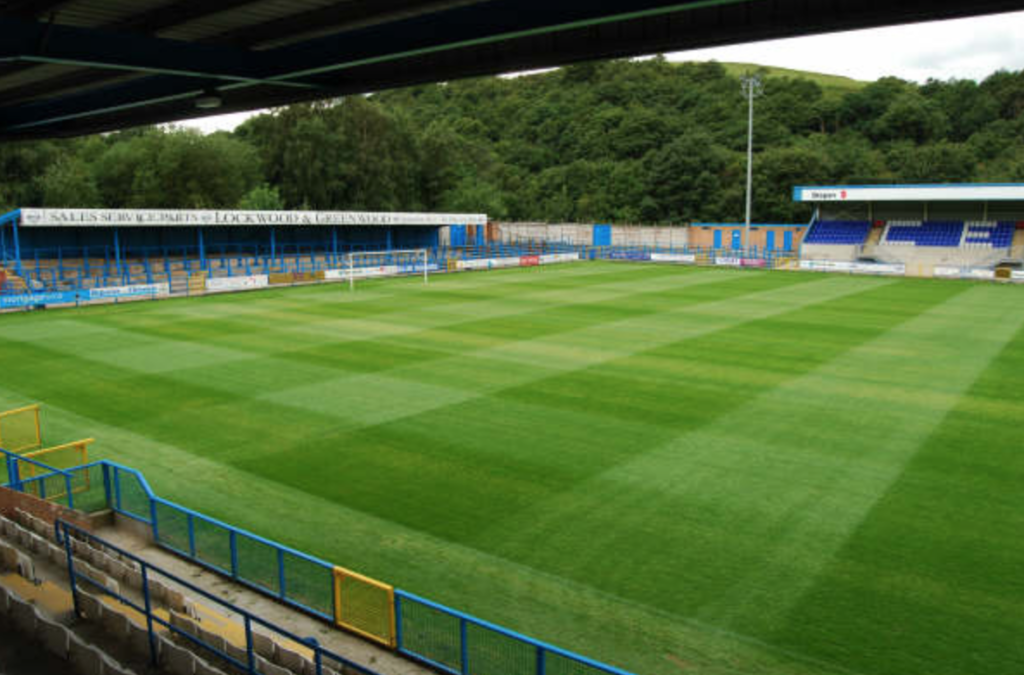 Stalybridge: Slinn, Morton, Neville (Honeyball 69), Brown (Wilkinson 46), Ashworth, Killock, Baily-Jones, Roberts, Dickinson, Wolfenden, Hughes (Charles 63). Other subs Julien, Crowley
Sports : King, Horne, Turner, Mcgrath, Mills, Burgin, Dales Samoud 75), Scott, Morris, Garnett (Tyrell 87), Phillips
Another fine away win for Sports against one of the form teams with five goals and a clean sheet. Sports got off to the perfect start with an opening goal on five minutes. A through ball from Turner found Andy Dales in space and Joe Slinn could only clatter inti him to give away a penalty which John Mcgrath dispatched into the bottom corner. Stalybridge fought back and former Rams striker Liam Dickinson saw his shot hit the outside of the post. Matty Wolfenden headed a Lee Neville cross wide as the home side pressed forward. Pablo Mills fired a shot just over the bar but Connor Hughes went closer with a 20 yard shot that clipped the bar.
Sports were defending well but needed a second goal and this came on 40 minutes. A great run down the channel by Evan Garnett saw his pass put in Jimmy Phillips who hit a first time shot which hit the post, bounced out to Dales who fired in a first time shot from 12 yards.
Sports needed a solid start to the second half and Lewis King produced a fingertip save to touch over a 40 yard shot from Greg Wilkinson on 47 mins. Sports then produced another fine counter attack with Garnett again running clear and his cross was knocked in by Jake Scott on 52 mins.Sports looked dangerous on every attack and scored a 4th on 68 minutes when Garnett, yet again got clear on the left. His pass inside found Andy Dales in space to score with a low shot into the corner from 18 yards out.
To make it worse for the home team sports scored a 5th on 86 minutes as his pace caused panic in the home defence and a poor pass back saw him run the ball into the net.
Stalybridge went close again in the last minute Oli Roberts shot hit the bar.
Attendance 258.
Referee Andrew Smith – Barnsley