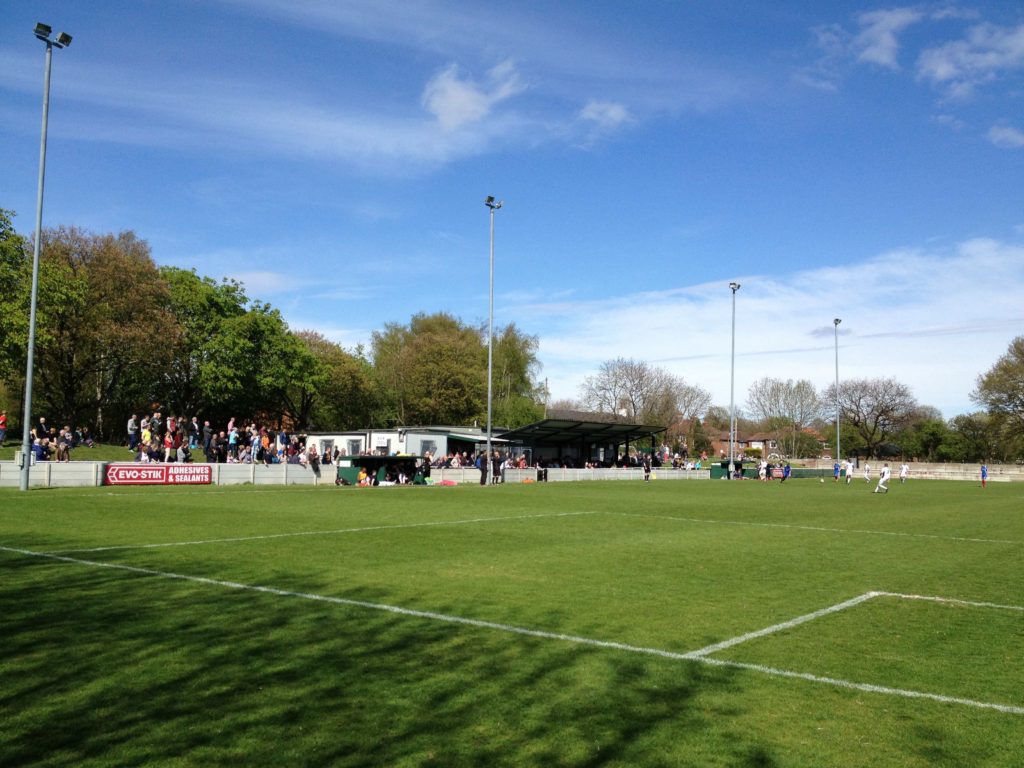 Mickleover went into their FA Trophy second round qualifying match away to Trafford FC without star striker Zeph Thomas who was away on international duty with Nevis and St Kitts. The forward has been scoring goals for fun since returning from injury and his absence would put a lot of pressure on leading scorer Adam Baskerville.

Baskerville is full of running and he used this ability to great effect with a strike that proved to be the only goal of the game after 7 minutes.

Along through ball split the home defence and the Sports striker was onto it in a flash beating keeper Matt Holmes to guide the ball into the net.

This was a match that swung one way and then the other. The hosts had plenty of possession and fashioned themselves a number of opportunities but found Jake Eastwood in the visitor’s goal in commanding form. He may not have had many saves to make but was always in the right place to gather any crosses or shots, and must have instilled confidence in his defenders.

Sports played with three central defenders and five across the middle including the two wingbacks Ben Turner and Jake Bennett. For Bennett it was his second game in 24 hours have trialled with Sheffield United Under 23s the day before.

Mickleover had their moments throughout the game but never found a finish to equal Baskerville’s goal.

Only a goal to the good against a side as keen to attack as Trafford the visitors nearly paid the price after 52 minutes. A free kick from Aaron Burns was cleared for a corner and though initially dealt with when the ball once again fell to the hosts Burns scored with a peach of a strike only to see the linesman immediately raise his flag for offside.

No one other than the officials were convinced that the goal should be ruled out as apparently the decision was given  against a player who was not clearly interfering with play.

It may have been a lucky break for Sports but it was a definite turning point. Trafford were never able to get that close to scoring again and Mickleover even fashioned a couple of half chances in the closing stages which they were unable to convert.

Manager John McGrath was clearly happy with his team’s effort and performance and could enjoy the weekend and seeing what Monday’s draw would bring.  A feeling in the Mickleover camp was that a home draw would be nice after 2 away ties in the competition to date.