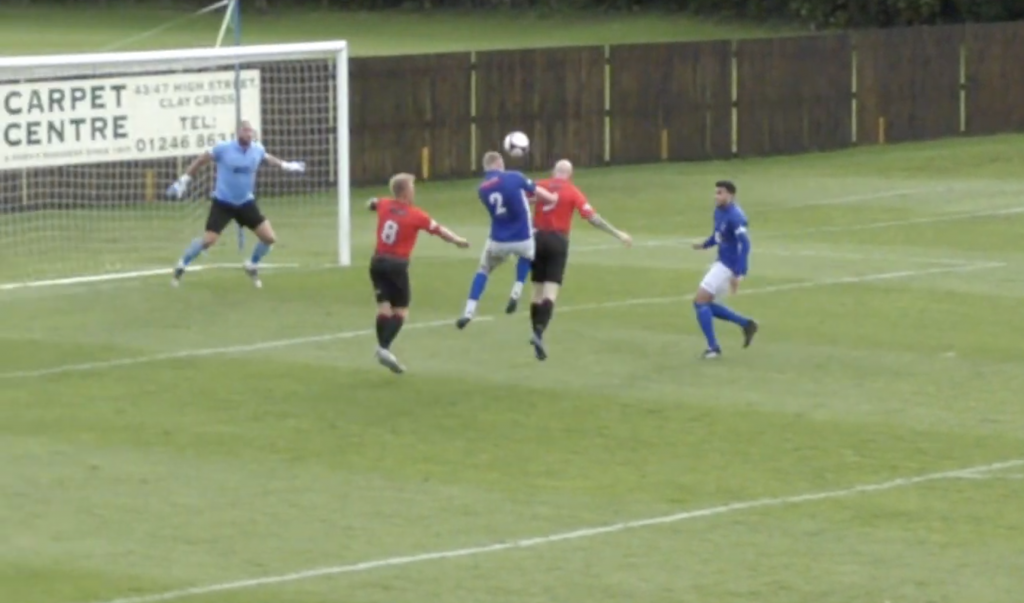 It was a day to forget for Sports as they fell to a 3-1 defeat away to Matlock.

Sports got off to a nightmare start, with an unmarked Dan Bramall heading in after just four minutes. There was an early theme of poor decision making from the visitors, with wasteful long balls and headed passes when they should be controlling the ball marring Sports’ early performances. Chances would come for Hinsley and Marshall before Mickelover woke up in the 20th minute. Max Watters came close with a lobbed effort, which would have been disallowed for offside regardless.

The first big chance came on 25 minutes. Lee Hughes’ close range header forces a brilliant reaction save from Jon Stewart. This would set the tone going forward, with a trademark Pablo Mills free kick clattering the bar in the 28th minute. Six minutes later, Sports levelled, a Richard Bachelor cross being headed in by Hughes. You’d have thought that Mickelover would have pressed on from here, but instead they chose to sit back. Inevitably, Hinsley fired a low shot under Lewis Jones to put the hosts back ahead after just five minutes of Hughes’ goal. Liam Scott was also booked for a reckless challenge before half time.

Mickleover opened the second half well, with another Mills free kick forcing a good save from Stewart, but it wasn’t to be. Sam Scriverns made it 3-1 on 58 minutes, following some smart footwork. After Lee Hughes was brought off, Mickelover looked rather toothless going forward. However, it was the defence that had everyone worried. Greg Young received a booking for what appeared to be a stamp and Berry was also booked for a late challenge. In reality, both should have walked.

For the last half hour, there was a total lack of creativity from Sports, who could have no qualms over the result. All in all, it was a very frustrating day for all connected to Mickelover, and it’s back to the drawing board for the next game.