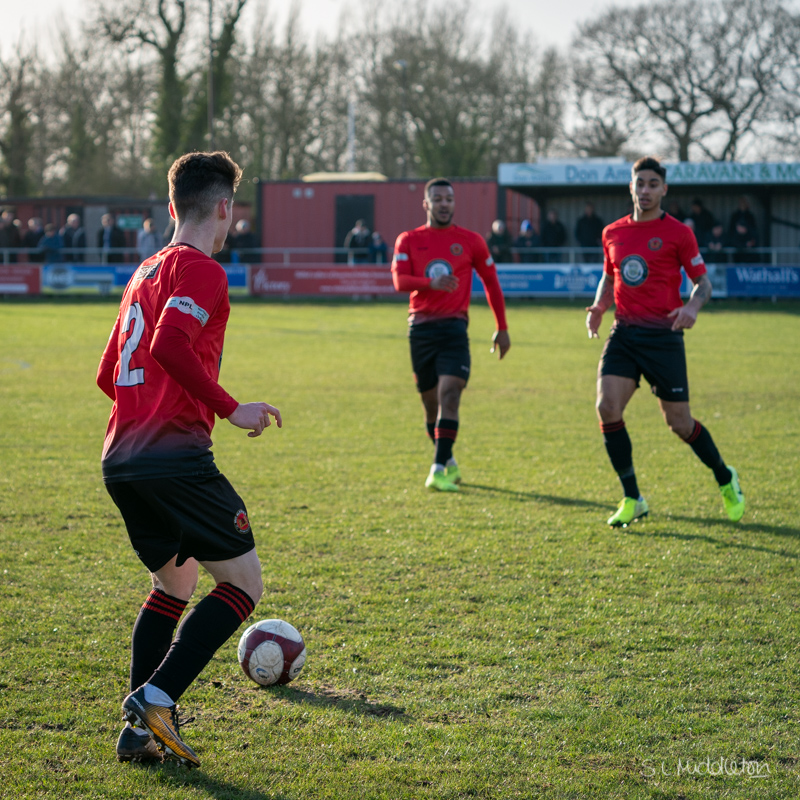 Revenge Of The Gladiators – If It Stops Raining!
by Peter Scherer

The local Derbyshire rivalry adds extra bite to Tuesday nights duel with Matlock Town, not to mention the 3-1 defeat to the Gladiators earlier this season at Causeway Lane.

Although Sports’ game at home Gainsborough was called off, Matlock did manage to play, going down 2-0 at home at Whitby Town.

Long serving defender Adam Yates captains the Matlock side in his 10th year with the club. He started his career at Chesterfield, before moving to Belper Town and latterly Shirebrook from where he was signed in 2009.

The visiting defence should also include former sports plater Dwayne Wiley, who has been at Matlock for three years, via Heanor Town and Buxton.

Midfielder Luke Dean joined from Scarborough, after starting his career with Bradford City. He has seen service with Ossett, Hinckley, Harrogate and Bradford PA too.

Bailey Gooda is a young defender, but Matlock are already his fourth club. He was signed from Hyde, having previously played at Harrogate, Frickley and Scarborough, while experienced defender Ben Gordon lists both Leeds Utd and Chelsea among his former clubs, having joined from Gainsborough last summer.

Marcus Marshall had spells with Blackburn Rovers, Rotherham and Bury before going no league and came in from Alfreton, while winger Dan Brammall came out of the Everton Academy.

Piteu Crosz was originally a Leeds Utd junior but the speedy Cameroon winger arrived at Causeway Lane, via Goole, Tadcaster and Belper.

Attacking midfielder Nathan Valentine has been a regular scorer since joining on loan from Stalybridge. He’s head of a Sports Academy and has also played for Scarborough, Wakefield, AFC Liverpool, Radcliffe and Frickley, as well as being a male model.

Ellis Roberts is also a new loanee, the defender has come in from Southport, having played much of his football in the US.

Others to look out for are midfielders Tomas Poole and Sam Scrivens, the latter coming in on loan from Guiseley.

James Tague, another midfielder has been through both Derby and Mansfield’s Academies before joining Matlock, Kick-off is at 7.45, there’s a licensed bar and hot food, can you afford to miss it?