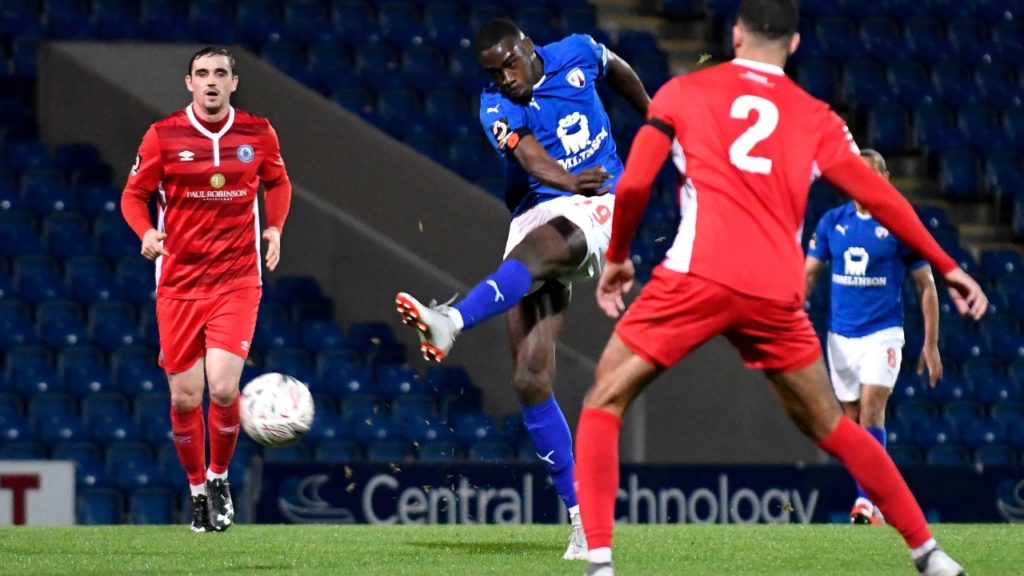 The 18 year old is highly thought of at the Spirites having already made 15 appearances in The National League this season and creating 2 assists in those matches.

The academy graduate has already made an impact at relegation threatened Sports, scoring both goals in the 2-0 win at promotion chasing Scarborough Athletic.

That only the second away win of the season for relegation threatened Mickleover and they’ll be hoping that Amantchi can bag a few more goals to save them from the drop, starting with Warrington Town at home this coming Saturday.