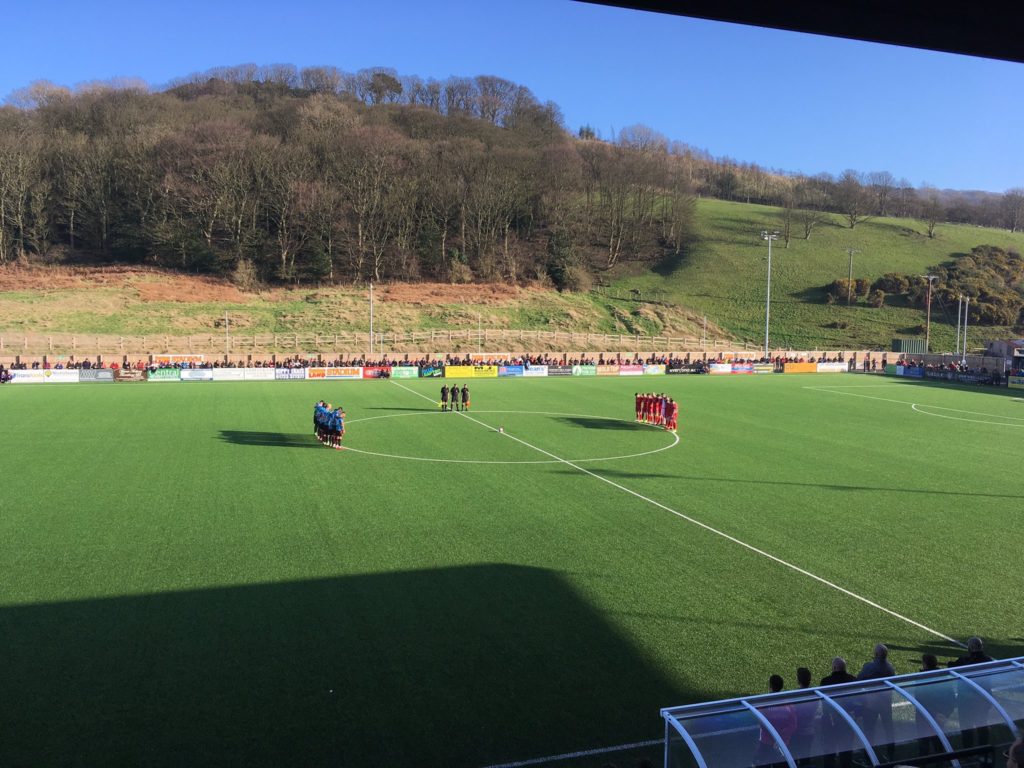 First half commenced and on the 7th minute, a massive chance came for Sports after a corner. Karel Tvaroh took the corner and nearly met the head of Pablo Mills, but he could not quite reach it and went out for a throw in on the far side. On the 11th minute, another chance came for Sports with the ball channelling down and found Levi Amantchi, but his shot was bounced along the floor out of reach of Evan Garnett and out for a goal kick. Four minutes later and another huge chance came for Sports after a great tackle by Ryan Cresswell who set Evan Garnett away down the left. Evan cut inside but his shot was scuffed wide of the left-hand side of the post. Another four minutes later and once again Evan Garnett had another chance for Sports to score but his strike was saved by Boro’s keeper Tommy Taylor and then Boro had the chance to score by Boro’s Luke Lofts, but his shot was curled wide of the right-hand post.

On the 24th minute, chance came for Boro after Pablo Mills unfortunately could not deal with the ball and sent to Wayne Brooksby but goes out of the area and then another chance came for Boro with a good chance by James Walshaw, but his shot was sent over the bar. Two minutes later and Sports got another chance with Evan Garnett who did very well to find space inside the box to get a shot, but it went low and out wide of the left-hand post. On the 30th minute, chance came for Sports. Karel Tvaroh had a massive chance with an outstanding run to the box and a terrific strike, but Tommy Taylor does well to keep it out and Sports were awarded the corner. Karel Tvaroh took the corner, but Pablo Mills’ shot was saved by Tommy Taylor. Five minutes later and a chance came for Boro, but his one to one shot was dragged out wide of the right-hand post.

Second half commenced and on the 47th minute, chance came for Sports with Pablo Mills’ shot from a corner was sent out wide. Throughout the last twenty minutes, Sports and Boro had many chances to score but both sides chances were beaten by the defence and their keepers. On the 65th minute, a bit of controversy paid off for the Sports after Jake Scott was fouled in the box and Sports were awarded a penalty. Levi Amantchi stepped up and shot the ball past Boro keeper Tommy Taylor to give Sports the all-important lead. Three minutes later and another goal for Sports. Levi Amantchi once again with another debut goal. Jake Scott cut it back from the left and Levi Amantchi struck it past Tommy Taylor into the net. Throughout the second half, Sports made their substitutions with Jake Scott being replaced by Jimmy Phillips after Jake went down, Evan Garnett being replaced by Mason Warren and Levi Amantchi being replaced by Will Norcross. On the 83rd minute, a last opportunity since full time came for Sports with a corner kick ball sent to Pablo Mills but nearly deflected in for an own goal but Lewis King managed to grab it and thrown out of the Boro area.