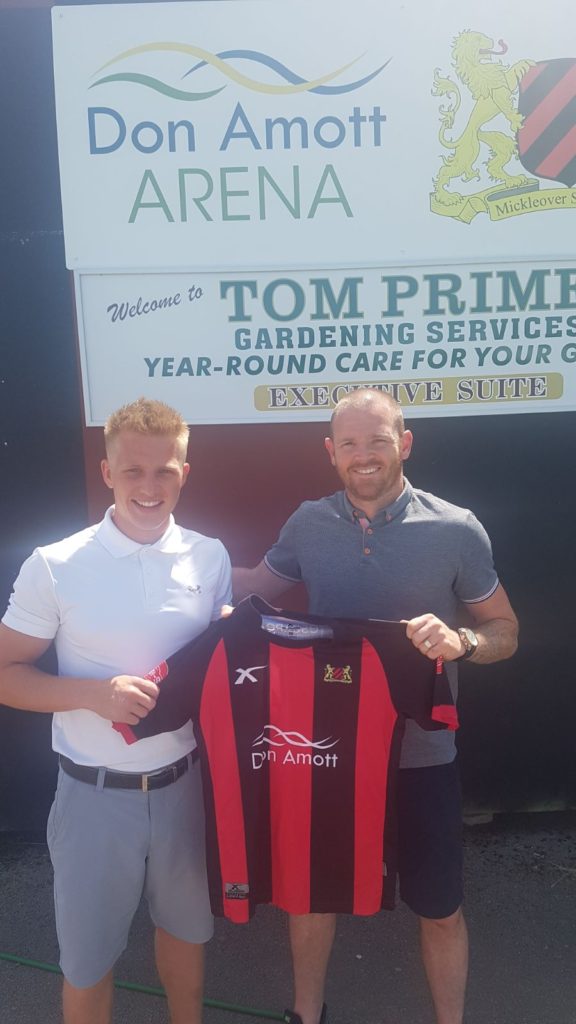 First-team player manager John McGrath has fought off a number of other clubs to keep midfielder Jake Scott at Mickleover Sports Football Club.

Scott was signed by McGrath during the 2016/17 season and made 23 league appearances for the club, mostly in midfield.

“Really pleased that we managed to keep hold of Jake for the upcoming 2017/18 season. He is a vital part of my team and someone who had a big impact on the squad and how we played when he signed last season. A combative midfielder but very good with the ball at  his feet, Jake adds quality to our ever growing squad. We fought off alot of competition to keep hold of him and i am delighted to be working closely with him again next season.”