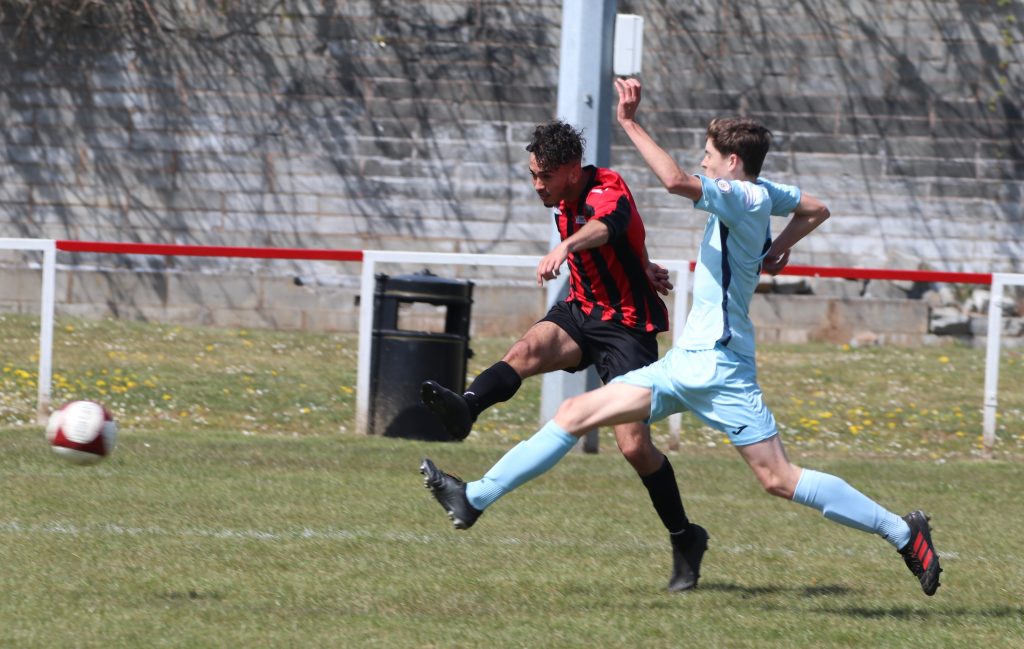 For the second time in two weeks Mickleover FC two’s Academy teams played each other. Unlike last week, the younger Black squad had the measure of the Reds for much of the game, and only lost out to two second half goals, rather than the 9-0 defeat in their first meeting.

From the kick off it was fairly end to end play for the first 10 minutes, before Fin Bowen had to charge from his goal to intercept a Brodie Carter run.

The Reds continued to build on their attacks, but the Black defence of  Rossy  Mahynduz, Chipigo Mahanga, Ethan Mann and Lennon Higgins held firm, as well as looking for promising breakaways too.

It continued to be fairly even, with most of the play in midfield, before Bowen had to race off his line to cut off another Carter attack.

Reece Perry then found space as the Blacks pushed forward, he had a shot just over Tom Smith’s bar after 28 minutes. It was then Bowen’s turn to be under attack, as Kyran Ward shot just wide of the right hand post.

The strength of the Black defence continued to be tested and in some cases Bowen was left with little cover as they tried to push forward.  He ran out to clear again after 34 minutes, before Ward put a good ball into the box, which was initially cleared, before Josh Satchwell fired it back in again only to be blocked. 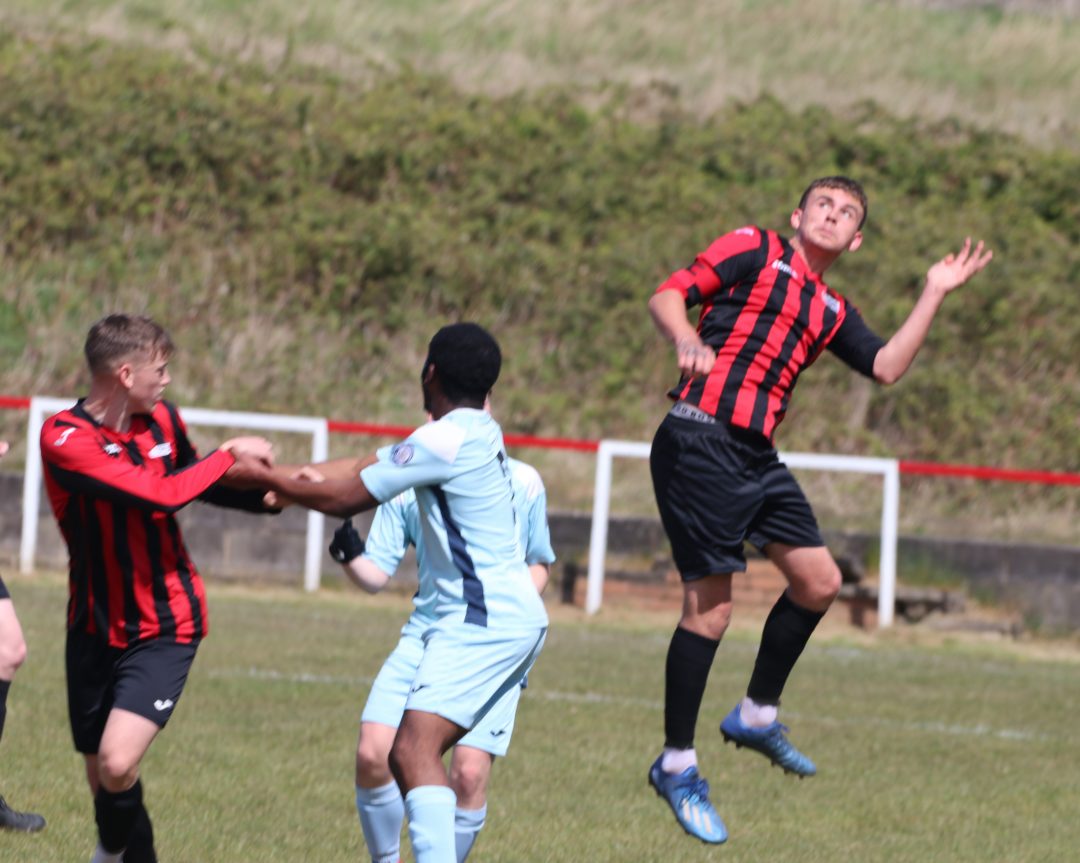 Ted Stevenson then went on a run to earn a corner, as the half team whistle approached,

The Blacks earned  a free kick, which was wasted when Mann lofted it straight into Smith’s waiting hands, then it was Reds turn after Hamanga fouled Sam Pipes on the edge of the box.

Ward and Pipes both had good attempts as the Reds tried to break the deadlock before half time and with a minute left Pipes placed the ball almost at Carter’s feet in front of goal, but the striker just missed connecting. Centre back Will Robinson then tried his luck, with a shot well wide of the mark.

The Reds made a number of changes for the second half, bringing on Bobby Battisson, Jacob Edge-Lucas, Fin Barker and George Atwal, as well as moving Satchwell from left wing back to striker.

Edge-Lucas had taken the right wing back position with Ben Lewin on the left, both looking to push forward, leaving Cameron Anthony and Robinson to look after the defence.

In the first minute of the restart Battisson had a shot tipped over and five minutes later Atwal went close too. 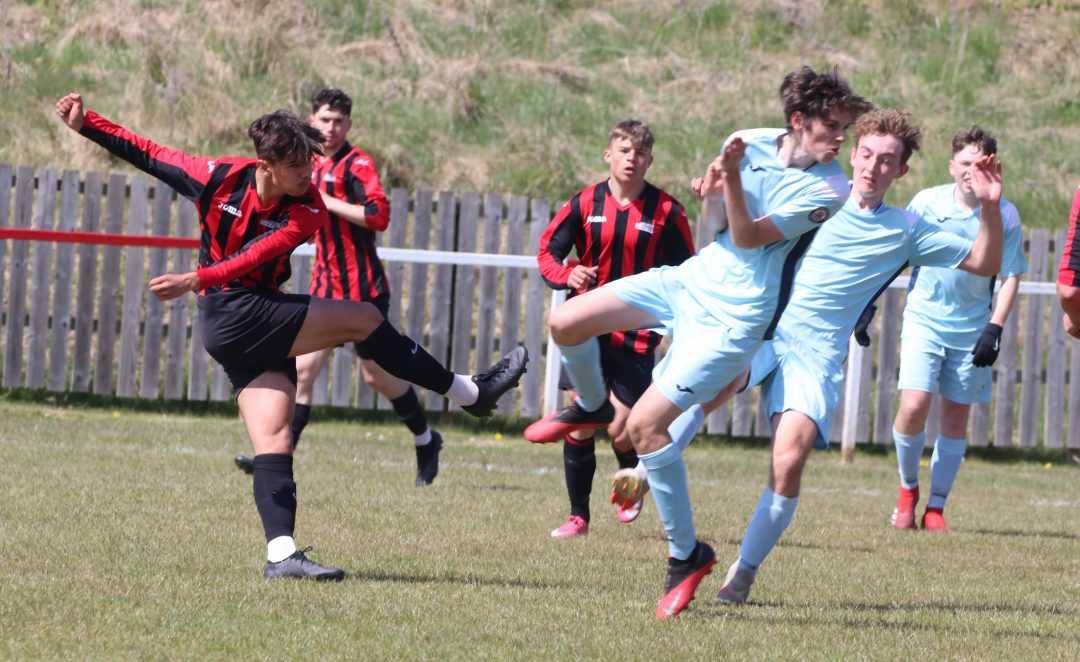 It was a much stronger looking Reds team with Louis Pennington beginning to look more effective in midfield than in the first half.

Pipes continued to work hard and put a lovely ball in close for Satchwell after 12 minutes, who quickly pivoted on one foot to crack a shot just wide. Two minutes later it was Satchwell returning the favour for Barker, with Bowen saving his attempt at point blank range.

Atwal then had a half chance and just after the hour Barker was almost through again, but somehow the first years continued to hold out.

Edge-Lucas had an effort lofted into Bowen’s hands after 21 minutes, then Hamanga showed commendable skills as he stopped Barker in his tracks.

It was 69 minutes when the breakthrough finally came. Battisson’s cross found Satchwell on the edge of the box, who then layed it into Atwal’s path and it was 1-0.

The Blacks came charging back however, and Devon Smith ran at the Red defence before being blocked and a minute later he was on another run with Robinson intercepting.

Battisson went close as the Reds looked to make it safe and 73 minutes in Lewin’s cross from the left was collected by Barker, whose first time shot was just wide. 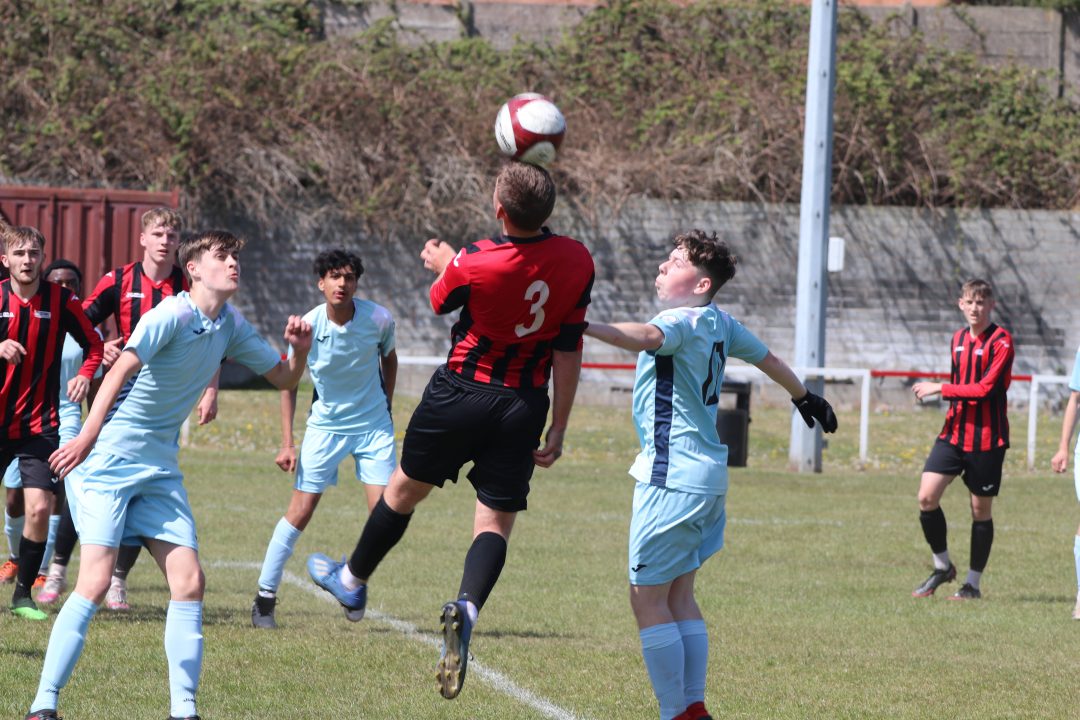 Stevenson had come back on had a good try which Bowen put out for a corner, before Satchwell almost took advantage of an 80th minute defensive mix up, before Bowen came to the rescue.

Satchwell was relishing his move back into the strike force, heading just over from a Barker cross, before Barker then found Edge-Lucas, who found too many legs to get a clear shot.

With two minutes left Satchwell got his goal for 2-0, Battisson’s first attempt was blocked, but it was Satchwell that managed to pick it up in a busy goal mouth and seal the victory.

Both Battisson and Barker went close again before the final whistle, but despite finally going down to the two second half goals, the first year Black squad performed with great credit and determination.