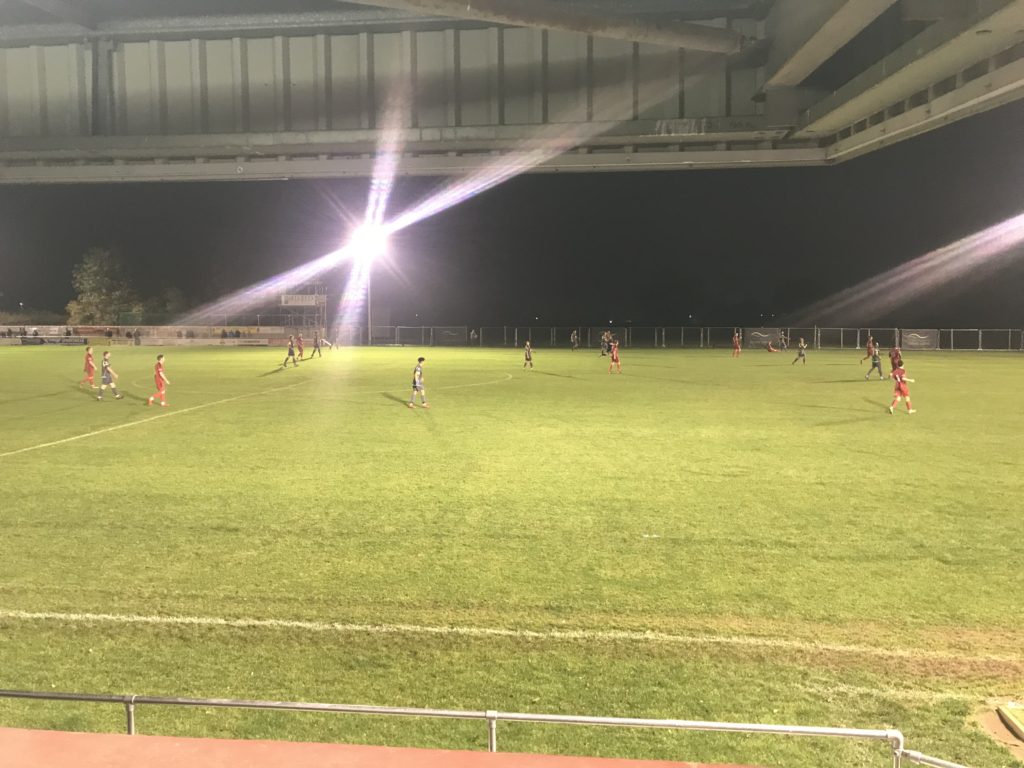 Mickleover came into this game after a successful match on Tuesday night. Sports manager put out a strong team with a 4-4-2 formation. Lewis King was in goal, the back four consisting Jake Scott at right back, Mason Warren at left back and the mid centre backs Pablo Mills and Sports recent signing Reece Ford. The midfielders consisted of Curtis Burrows on the right wing, Ted Cribley on the left wing and the centre midfielders John McGrath and Ricky Ravenhill. Sports two front strikers consisted of Nathan Jarman and Evan Garnett. Mickleover’s bench consisted of Isa Märselia, Oliver Roberts, Tom Eccleshall, Harley Kozluk and Academy player Jake Smith.

In the first half, both sides had many chances to score but The Sports and The Gladiators goalkeeper both worked to keep the scoreline at 0-0. A chance came for Matlock which almost cost Sports and made them work extra hard but Sports keeper Lewis King kept the scoreline 0-0 and caught the ball. Mickleover was able to take the lead with a shot by Nathan Jarman but got flagged offside. Nathan had another chance thirty minutes in but booted the football over the bar. Mickleover was awarded a corner and another chance for Nathan Jarman but was kicked out side of the right side of the goalpost. Half Time Mickleover Sports 0-0 Matlock Town.

Second half started and Matlock could have got on the scoreboard by Westcarr but Lewis King was there to get the ball and kick it out of their area. Another chance came for Matlock give minutes after as Jackson had a shot but was blocked. A massive chance came for Sports near the hour mark, Nathan Jarman and Ricky Ravenhill both missing out.There was countless amount of chances throughout the second half and on the 70th minute, a massive chance came for Sports came with Oliver Roberts cutting through the defence and curling the ball out side of the left hand of the post which fell to Nathan Jarman and struck it over the bar. On the 75th minute, a controversial decision. Lewis King was sent off and Matlock was received a free kicking which nobody could understand why. Sports played the last fifteen minutes with ten men and Nathan Jarman stepped up and went into goal. A bit of a pinball scramble in the final minute but was saved and out for a goal kick. Full Time, Mickleover Sports 0-0 Matlock Town.