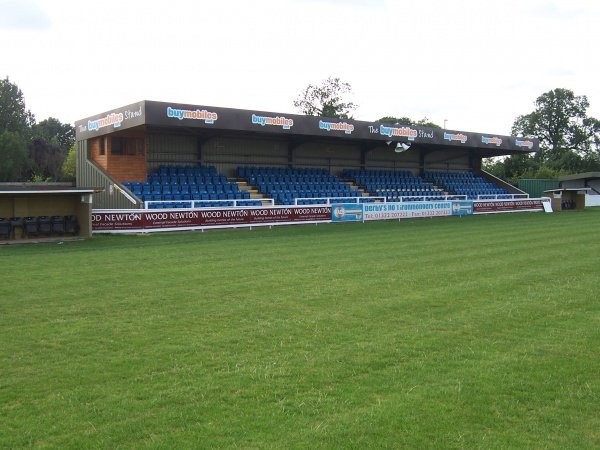 It’s a local Derbyshire grudge match on Tuesday night as Sports welcome Matlock Town to The Don Amott Arena for An important fixture for both sides. After a terrible start to the season the Gladiators Under new Boss Dave Frecklington have turned their season around and are been on a decent unbeaten run going into tonight’s game. After being top of the league after the first game Matlock fell into the relegation zone until very recently and now sit 15th in the table one point above Sports. Sports remain in 18th so a win for John McGraths would take them back above the Gladiators ahead of our tough long trip away to Whitby Town on Saturday.

LAST TIME OUT
Matlock causes an upset of sorts on Saturday as they defeated now second placed Warrington Town 1-0 at the weekend just gone. A 21st minute goal from Craig King made the difference as the away side won at The Yellows who had not lost at home so far this season before that game. Sports however drew a blank with Nantwich Town in a 0-0 draw largely affected by terrible wind and a missed penalty by Nathan Jarman.

SPORTS TEAM NEWS
Sports defender Tom Burgin now joins Niall Dorran and Kevin Grocott on the sidelines with what looked like a Hamstring injury picked up in the final few minutes of the game with The Dabbers. Ben Turner was also missing through injury on Saturday so there are doubts on if he will be ready for the game. With Tyreece Robinson out on loan at Sheffield FC this leaves the defensive areas a bit short so a lot of thinking for John to do ahead of the game.

GOING TO THE GAME?
The game is a 7:45pm Kick Off at the Don Amott Arena on Station Road, Mickleover, DE3 9FB with Admission Prices set at £10 Adults, £7 Concessions and £1 for Under 16’s. Derby County & Burton Albion Season Ticket Holders are being encouraged to come along to support their local non league side with reduced admission of £7 on production of their club’s season ticket at the turnstile. The bar and snack van will be open as usual serving hot and cold drinks and food before during and after the match. Your new look Sports Report Match day Programme will also be on sale at the turnstile for only £2! This features the thoughts of Chairman Don Amott and Manager John McGrath plus all your usual content.