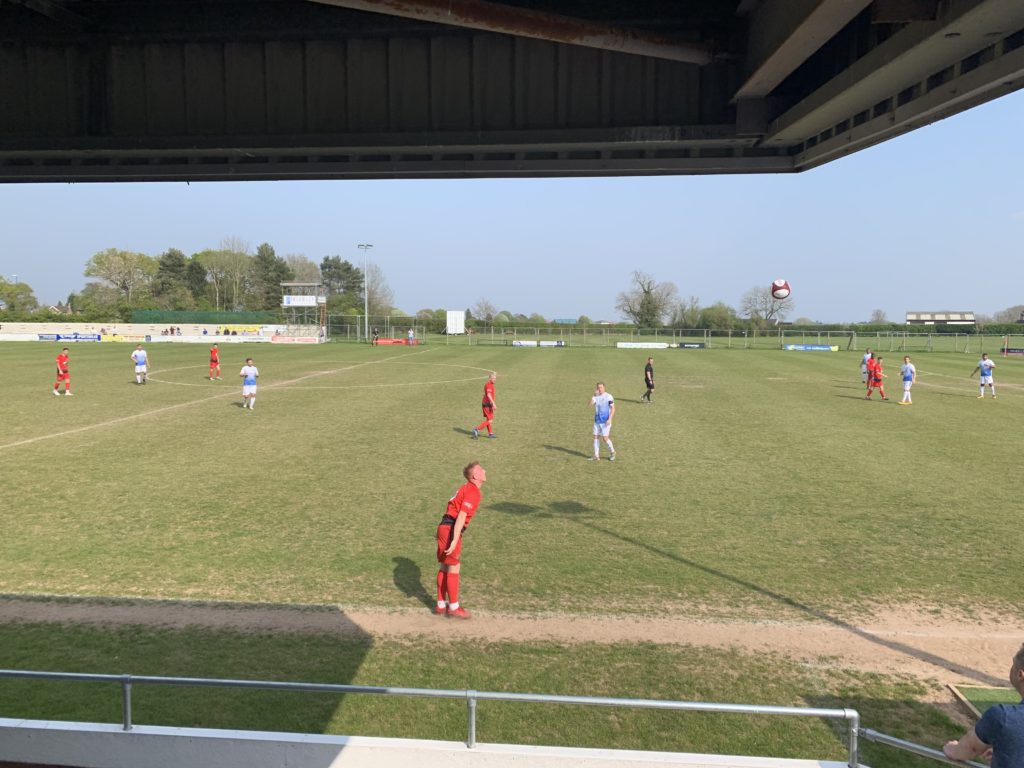 First half commenced and unfortunately throughout the first 25 minutes of the game, not much did occur but Sports did make an early substitution on the 14th minute with Jimmy Phillips replacing Jack Storer. On the 7th minute, Sports had a chance to score but John McGrath’s shot went over the bar. On the 11th, Basford had a chance but Nat Watson’s shot also went over the bar. On the 37th minute, huge chance came for Sports as Jake Scott planted a great header from a corner but his shot hit the crossbar and then a shot by James Braxendale saw the ball go over the bar.

Second half commenced and once again not much occured throughout the second half until the 57th minute when a goal came for Basford with Henri Wilder’s shot blasted into the top right corner and giving Basford the lead. On the 60th minute, Sports made another substitution with Javaun Splatt replacing James Braxendale. On the 64th minute, chance came for Sports but the wing struck the ball onto the crossbar. On the 68th minute, chance came for Basford but Cory Grantham’s shot was well blocked by Sports keeper Lewis King. throughout the final 20 minutes of the second half, Sports could have equalised but fell short and all chances were defended well by Basford defence and Basford keeper.