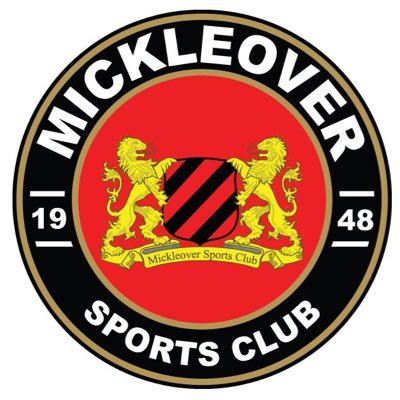 Mickleover Sports have a huge week coming up in their bid to avoid the drop and win silverware at the same time….

With no game this Saturday due to North Ferriby having been made liquidated, Sports have a chance to have an extra training session ahead of Mondays final home game. Ben Robinson, chairman of Burton Albion, has kindly offered John McGrath the use of The Pirelli Stadium to hold that extra session. Everyone at Mickleover Sports would like to extend a huge thank you to Ben Robinson, Nigel Clough and everyone at Burton Albion Football Club for their kind gesture.

Sports play their final home game of the season against in form Basford United. The side from Nottinghamshire has changed their management team since our last game with them back on Boxing Day. After a huge defeat at home to Hyde United, they have bounced back and are within a slim chance of making the play offs. Sports however could be back inside the relegation if Bamber Bridge have won at home to Matlock Town, so John McGrath will know that a result is needed in the final game of the season at The Don Amott Arena.

A huge night for everyone at Mickleover Sports Football Club as we head to Pride Park, the home of Derby County, for the Derbyshire Senior Cup Final 2019. The opposition will be National League North side Alfreton Town, whom knocked Sports out of the FA Cup 3rd Qualifying Round earlier on in the season. So Sports will be looking for a bit of revenge as they take part in their first ever Senior Cup Final. Tickets can be bought at the ticket office at Pride Park on the night of the game with only the main stand open. No segregation is in place either.