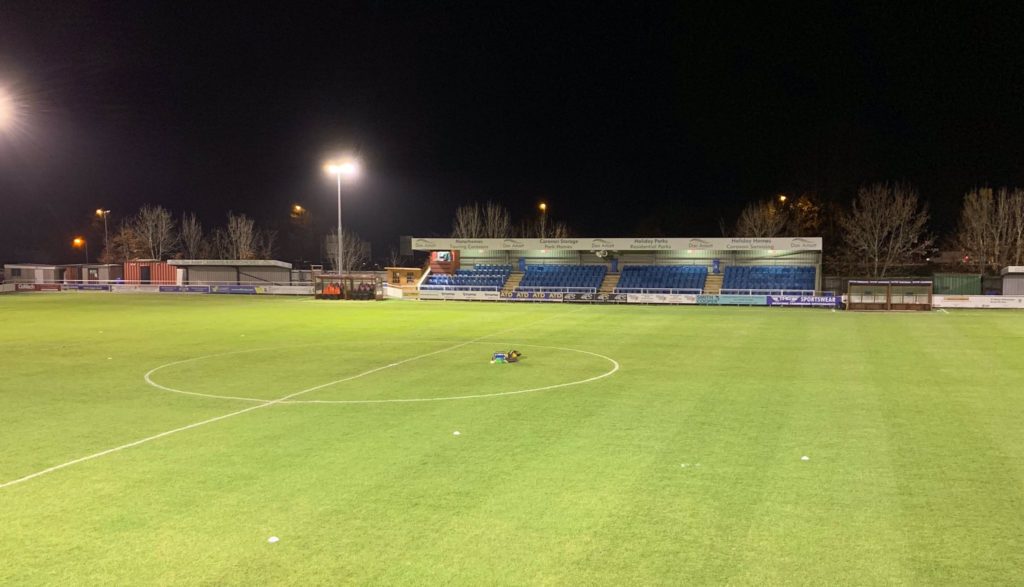 “We have seen better days” as Sports exited the FA Trophy for another season in this Shakespeare Tragedy against Stratford Town. Both sides had good spells in the game and it was looking like only goal for either team would be enough to set up a tie with South Shields. Evan Garnett had Sports best chance towards the end in Sports best spell as he sent a shot from a 1v1 over the bar. That would prove to be a crucial moment as in this tale of woe as a near replica of Stratford goal in the first game caught Sports out in the 87th minute. This time it was substitute Mike Taylor at the back post to stab home and send Sports crashing out of another of this seasons cup competitions.

Corey Addai remained in goal with a back four of Reece Ford, Tom Burgin, Pablo Mills and Ben Turner. A midfield four consisted of Ricky Ravenhill, Ted Cribley, Jack Walsh and Nathan Jarman in a central attacking role. Victor Sodeinde and Evan Garnett were the two strikers. On the bench for Sports were Jimmy Phillips, Harley Kozluk, Mason Warren, Will Norcross and Kyle Clamp.

Jack Walsh and Will Grocott had half chances in the opening few minutes but the first real chance came on 11 minutes as good play between Garnett and Jarman found Sodeinde but his strike was into the side netting on the near side. Next Jarman managed to use his strength to get past a couple of Stratford defenders and square the ball centrally inside the box to Ted Cribley but his first time effort was over the bar. Sports were then forced into an early change as Jack Walsh suffered an injury meaning he had to be taken off to be replaced by Jimmy Phillips.

Stratford were also looking a threat going forward and has a couple of chances from Isaac and Skendi however one was saved and one was cleared off the line by Turner. Jarman struck a powerful effort from a free kick wide of the left hand post before Westwood for the visitors broke down the left hand side and sent in a wicked cross which was well caught by Addai in the Sports net. The final chance of the half feel to the side from Warwickshire as a header into the box was not dealt with by Tom Burgin and Wilson managed to get in front of him, turn and strike an effort which went just wide of the right hand post.

It was Sports who had the first real chance of the second half. Phillips was fouled in the middle of the pitch but play continued and Ted Cribley managed to break forward strike an effort towards goal but the effort was too central and saved by Walton. Jarman managed to do the same thing a few minutes later but it was the same outcome as the strike was into the keeper’s hands. The Stratford right back Cox then sent an effort sailing over the bar as both sides kept searching for that elusive goal. Then shortly after came Sports moment to win the tie however it was not taken and came and went as Evan Garnett was played in 1v1 after an excellent first touch but the strike was sent miles over the bar. Ted Cribley would then made way for Mason Warren for Sports next substitution.

This seemed to give the visitors the warning they needed and spurred them on as Mike Taylor the substitute had three excellent efforts with two headers and one effort with his right foot but all three were saved well by Addai. In between those efforts Jarman had a chance to strike but his chance was saved by Walton. Just as Sports left it late in the previous round against Redditch United, they were this time on the other end of a late sucker punch as Stratford won the tie in the 87th minute. Sodeinde lost track of his man and allowed Cox to cross into the box which caught out Reece Ford at the back post and Mike Taylor nipped in behind to finish low past Addai and send Sports crashing out of the FA Trophy.