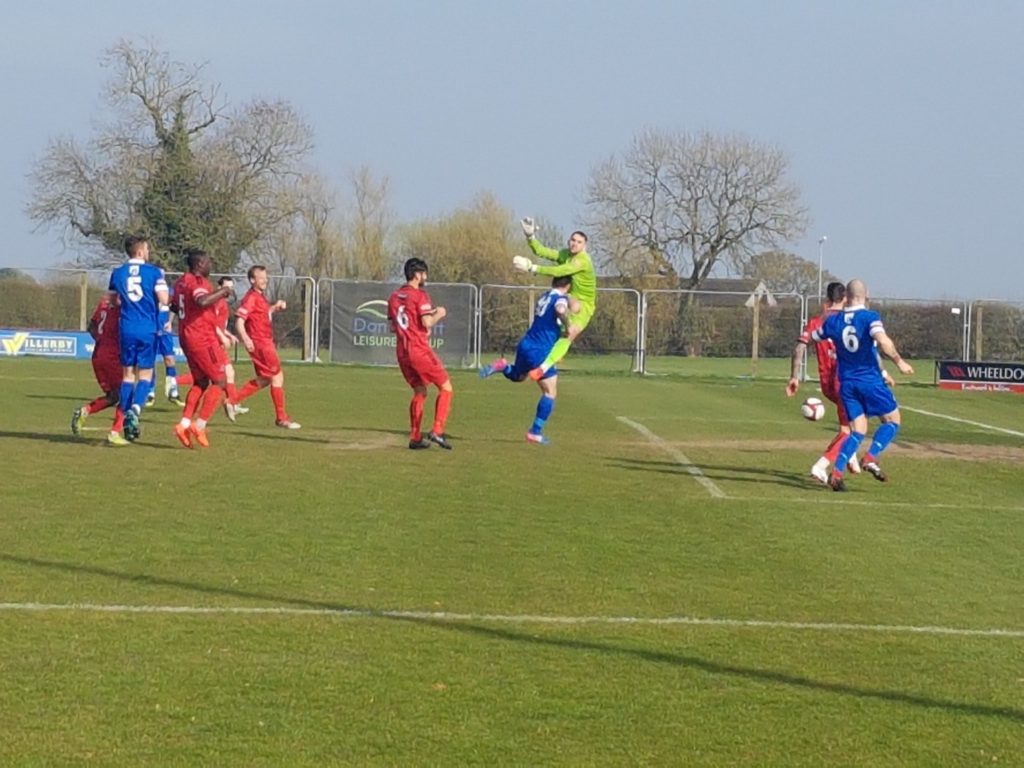 With a well-earned point on the road against Matlock Town and bringing in new signings before the end of the non-league transfer window, Sports came into this game fighting for the win. Sports manager John McGrath put out a good 4-4-2 formation with Lewis King in goal. The back four consisted of Durrell Berry, Ben Turner, Pablo Mills and Sports new signing Neil Yadolahi. The midfield consisted of Ricky Ravenhill, Mason Warren, Jimmy Phillips and Sports other new signing James Braxendale. The two front strikers consisted of Shaquille McDonald and Jack Storer. The bench consisted of Will Norcross, Levi Amantchi, Evan Garnett, Karel Tvaroh and Sports new signing Javaun Splatt.

Second half commenced and on the 52nd minute, chance came for Whitby as Bradley Fewester ran down and hit a shot but was saved by the hands of Sports keeper Lewis King. Throughout the seven-minute period from the beginning of the second half to the first chance of the half, Sports defended well, and Whitby did have good chances. On the 58th minute, Sports made their first substitution with Levi Amantchi replacing Shaquille McDonald. On the 60th minute, chance came for Whitby. Dale Hopson curled an effort into the bar and went out for a goal kick. A minute later and Sports had a chance but Jack Storer’s effort was blasted high and out wide of the left-hand post. On the 67th minute, Sports made another substitution with Evan Garnett replacing Jimmy Phillips.

On the 71st minute, huge chance came for Sports but Mason Warren’s blast from outside the box sailed out wide of the post. On the 77th minute, chance came for Whitby but the shot from Bradley Fewester went over the bar and out of play. Throughout the final 15 minutes of the game, Sports defended well and almost got on the scoreboard, but shots were defended well by the Whitby defence. On the added time of the second half, goal came to Whitby with Bradley Fewester’s goal struck past Lewis King.